Some Aupair girls in Los Angeles county were having the idea to go to Death Valley and Sequoia Nationalpark for a weekendtrip. I wasn’t sure if it’s such a good idea, because it’s a long way to drive, but in the end it was totally worth it. We were leaving saturday (very) early morning, coming back Sunday (late) in the night. For the night we were bringing a tent to do some camping in Tehachapi, which is halfway from Death Valley to Sequoia. 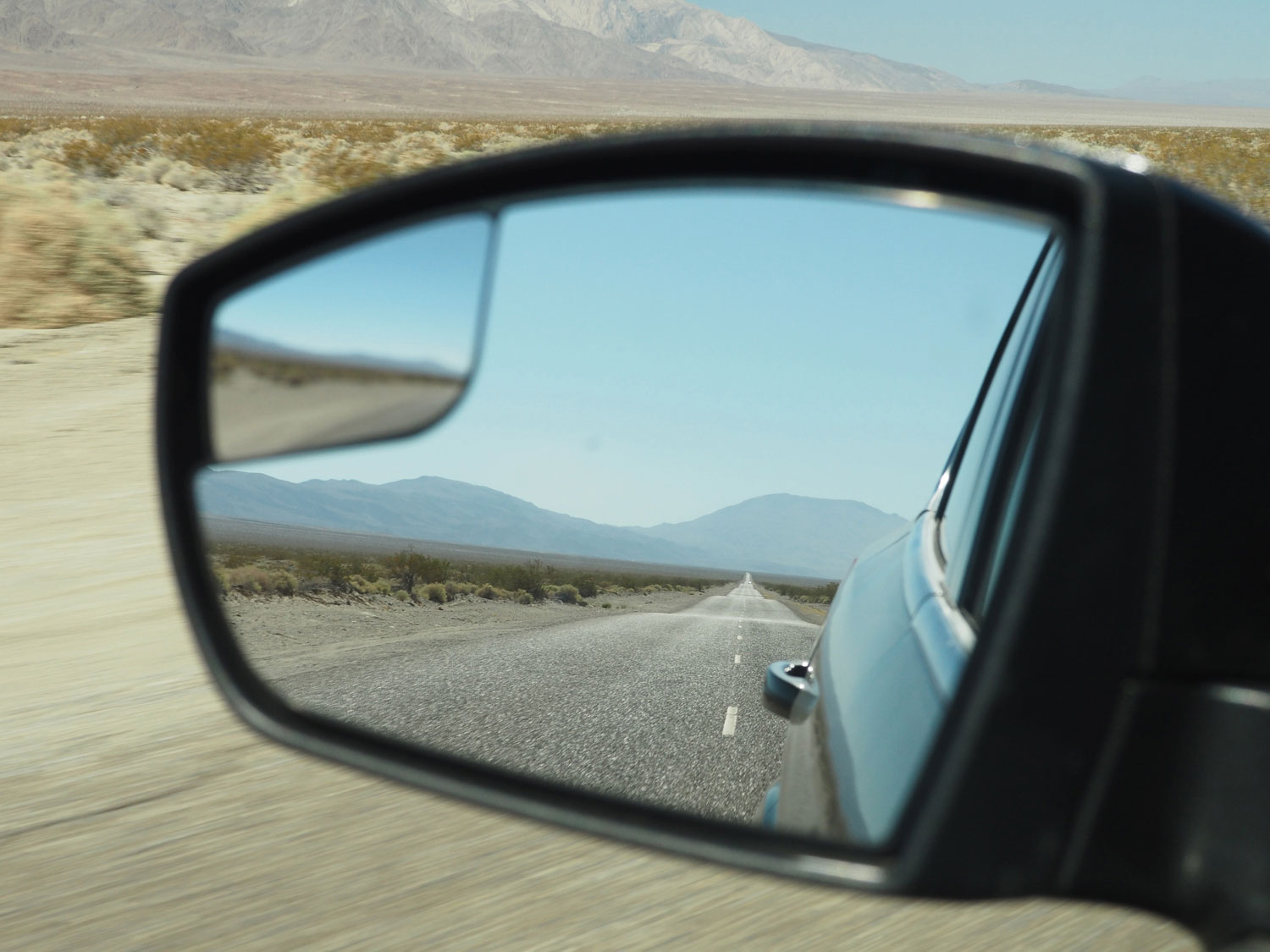 Places to see in Death Valley

In the Death Valley there are a lot of beautiful places to see, that are all unique and different. We did not go to Dante’s View, where you are having a nice view on the whole valley, because it would’ve taken pretty long and we decided that we would like to save that time.

I really love sanddunes. They’re just super fascinating, specially after i’ve seen my first real ones in Australia and in Abu Dhabi last year. In Death Valley it’s completely different again, because you’re having all the mountains surrounding the dunes. Don’t forget to bring suncream and water, on the dunes you will find out what thirst means and you will get a sunburn easily. If you’re in possession of a hat, do yourself a favor and wear it. Oh and to be honest – in the first 5 minutes i was so happy that i was wearing sandals, afterwards my happiness regarding this changed to pain because of the hot sand. 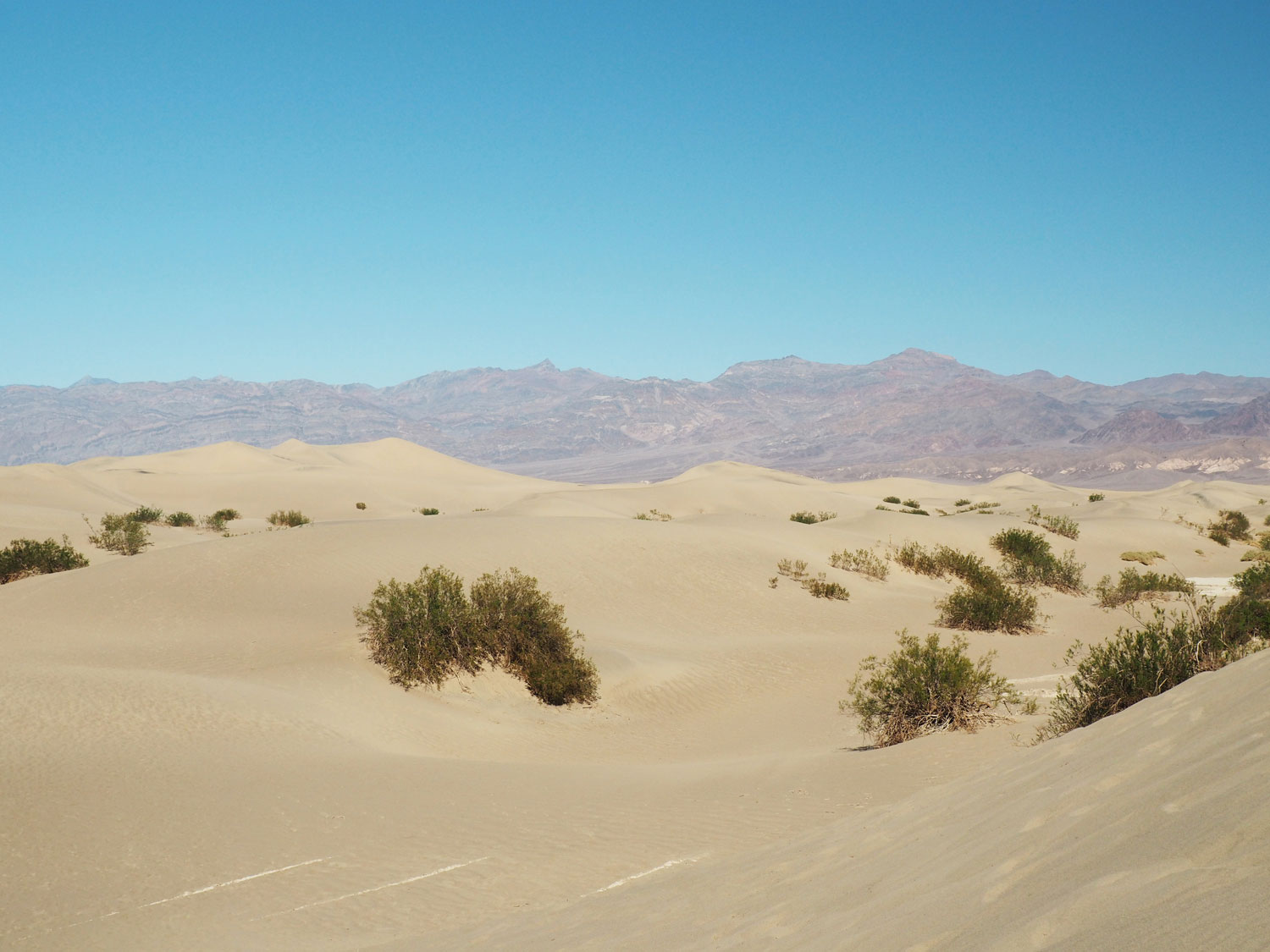 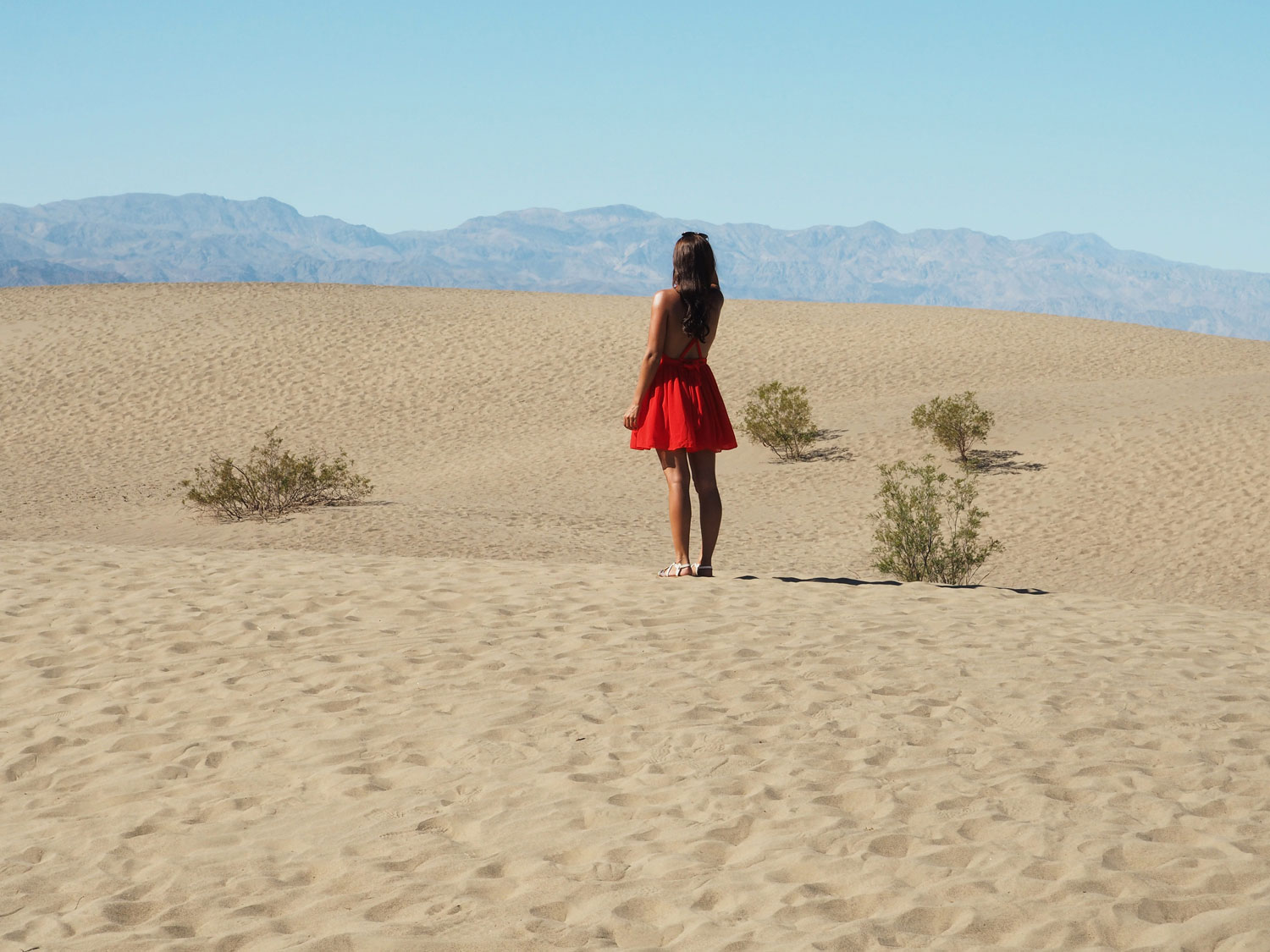 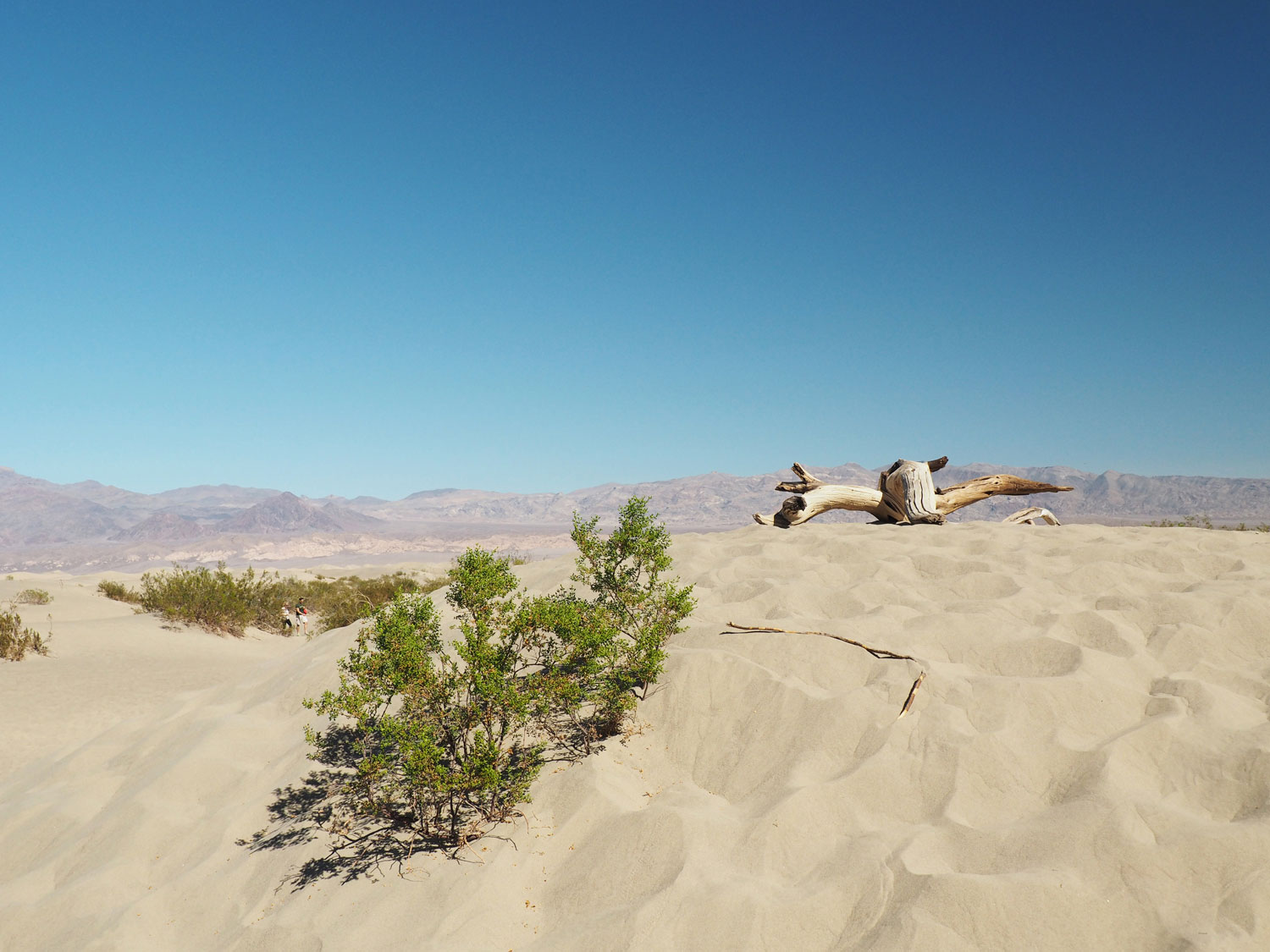 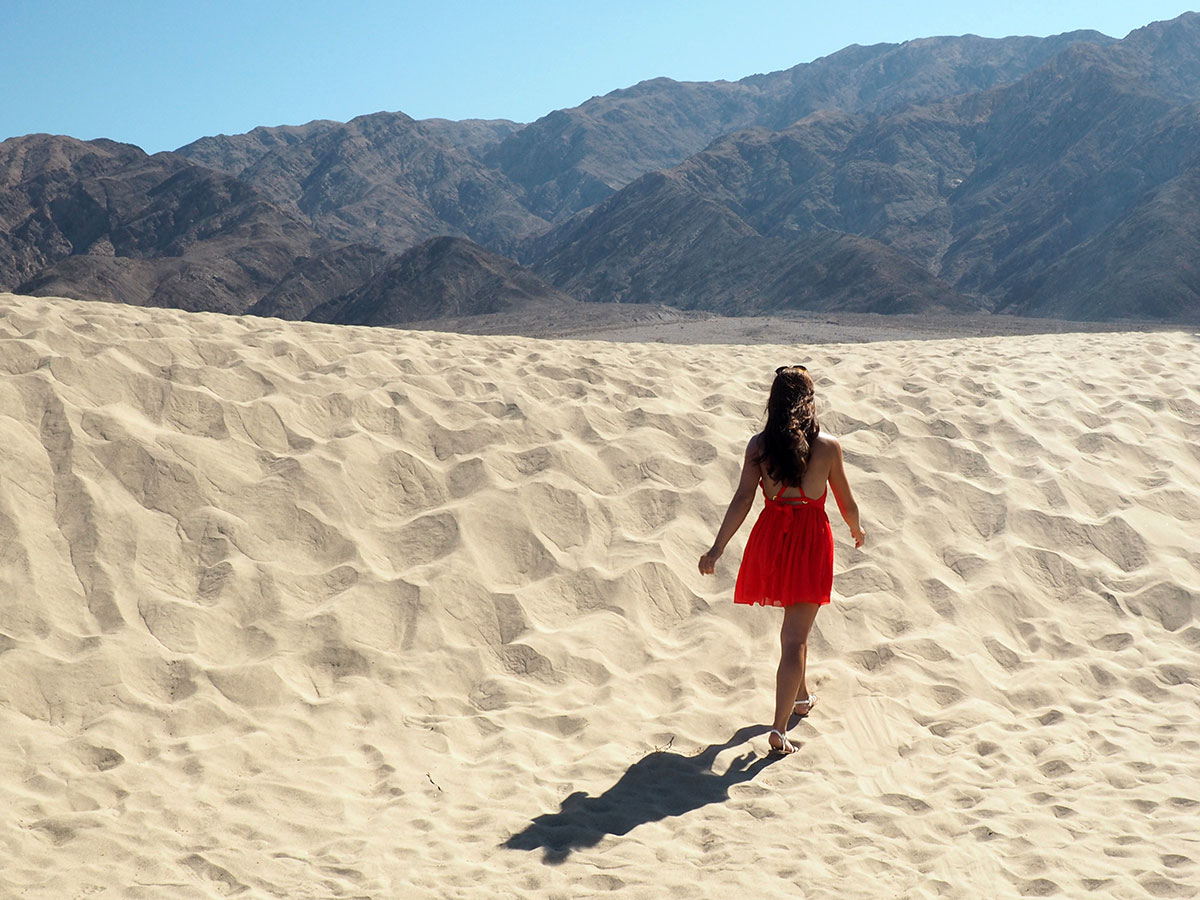 This one was my absolute favorite. The colors and the formations of the rocks are just completely different to everything i’ve ever seen in my life. You can also walk around on some paths, which is a nice opportunity to take pictures. When we were there, sand was being blown around because of the heavy wind and my dress was going crazy, so i was changing to my jumpsuit afterwards. Maybe keep that in mind that the wind can go crazy (i’m not sure if it was only the day we were there or if it’s more often). 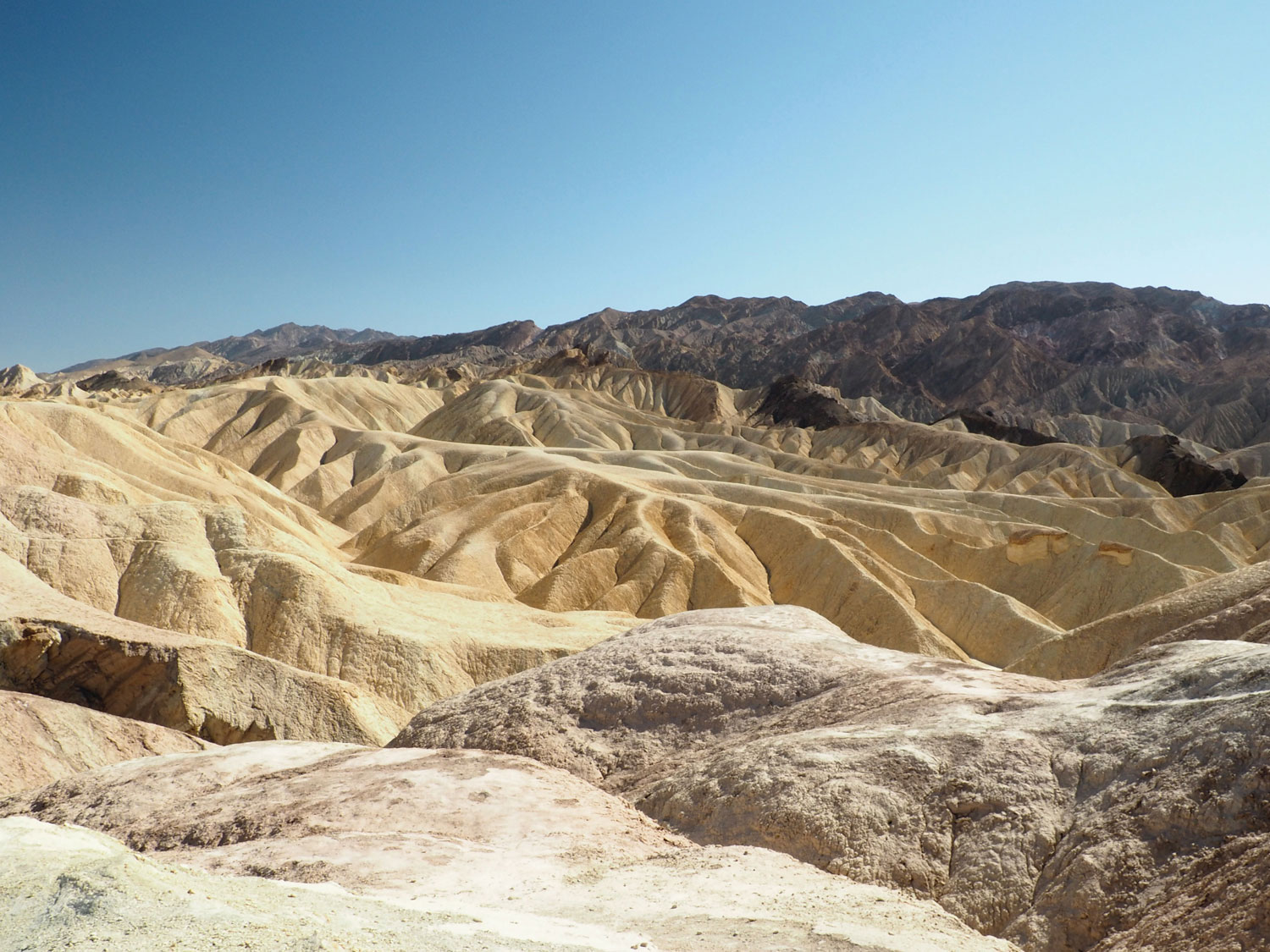 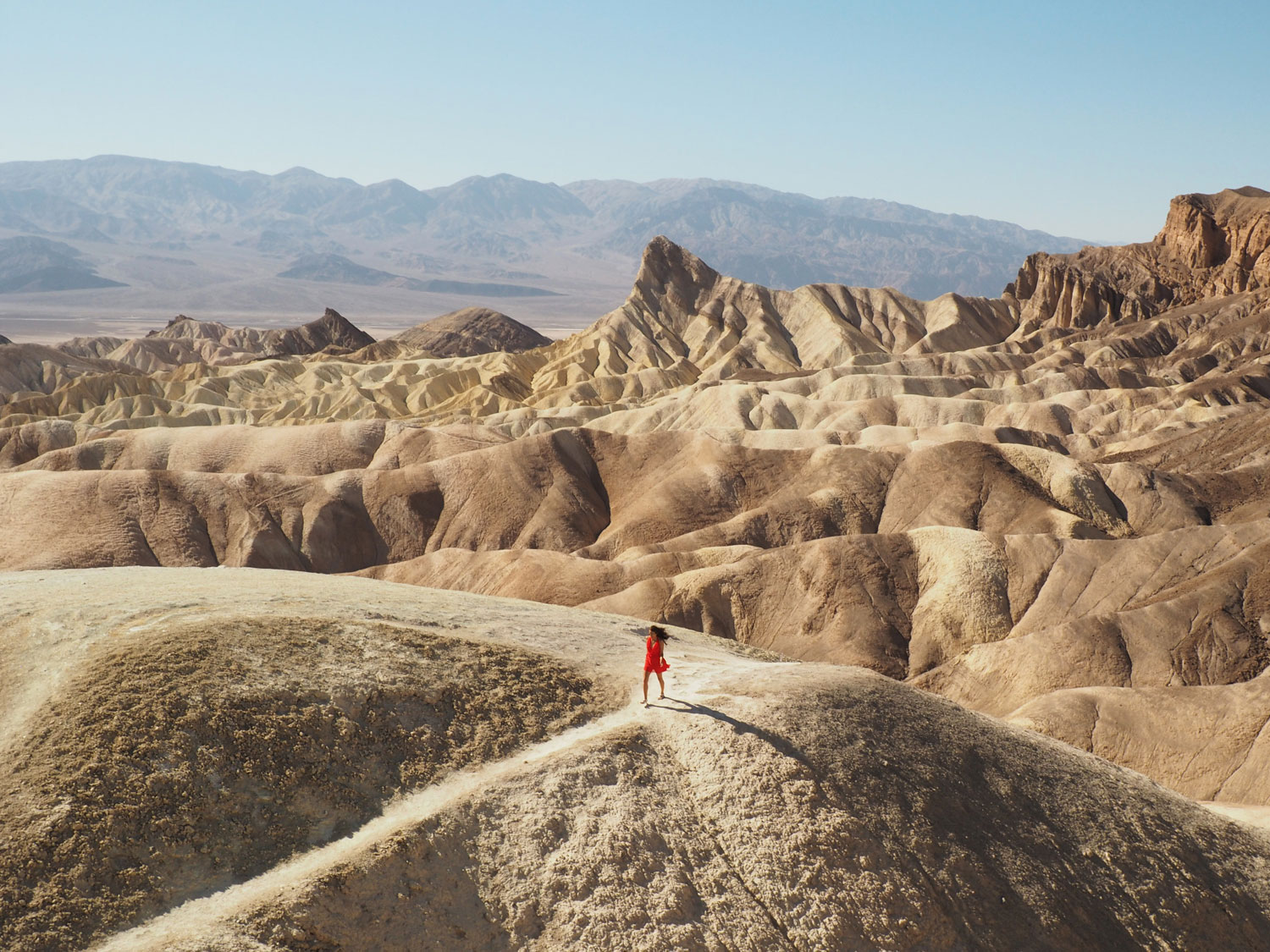 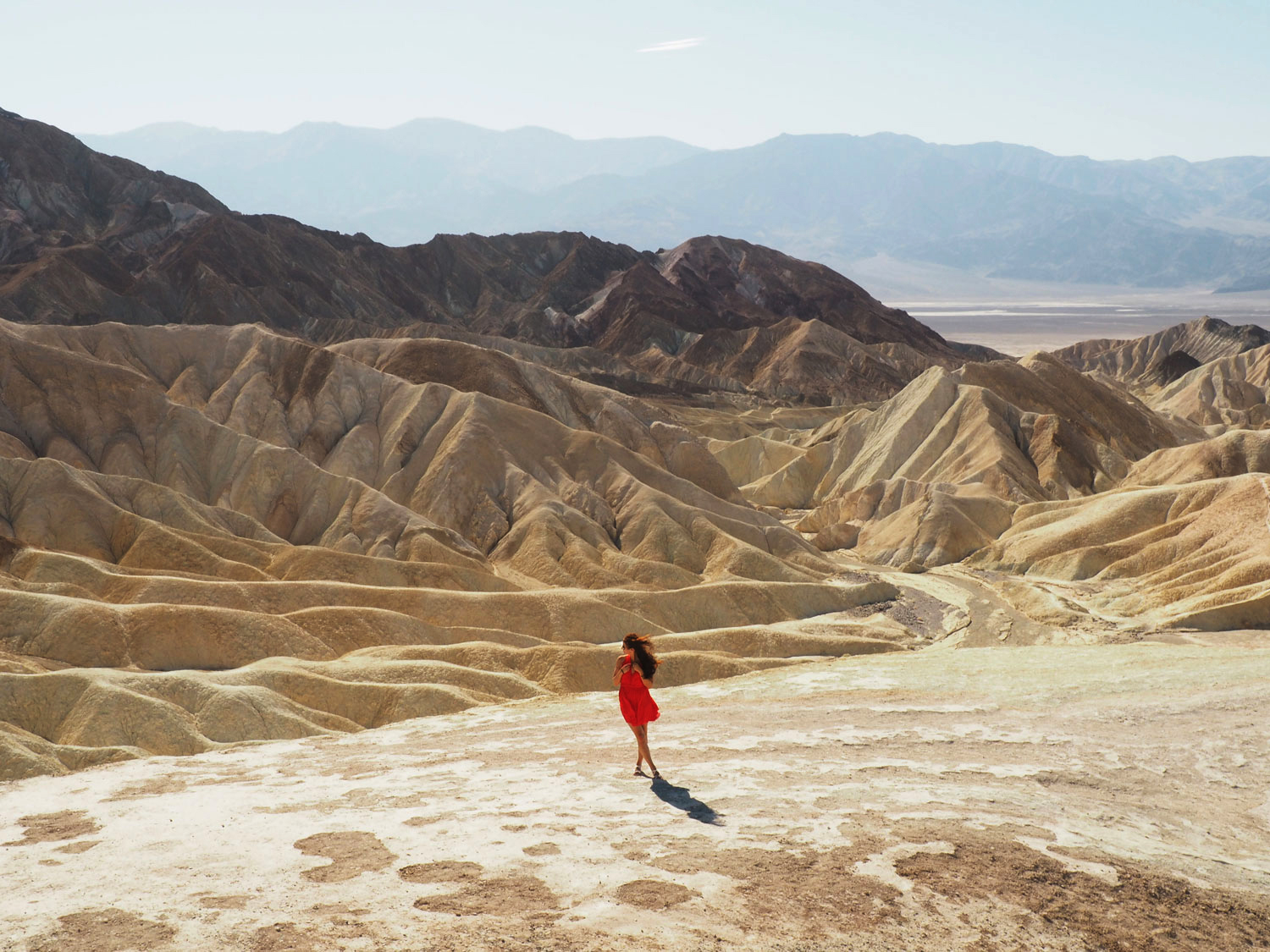 Walking on salt at the deepest point in the USA is now something to tick of my list. -279 feet or -85 meters below sea level is this huge area completely covered with salt. If you’re looking closely, you can also see how the salt and the wind in combination were creating nice formations. 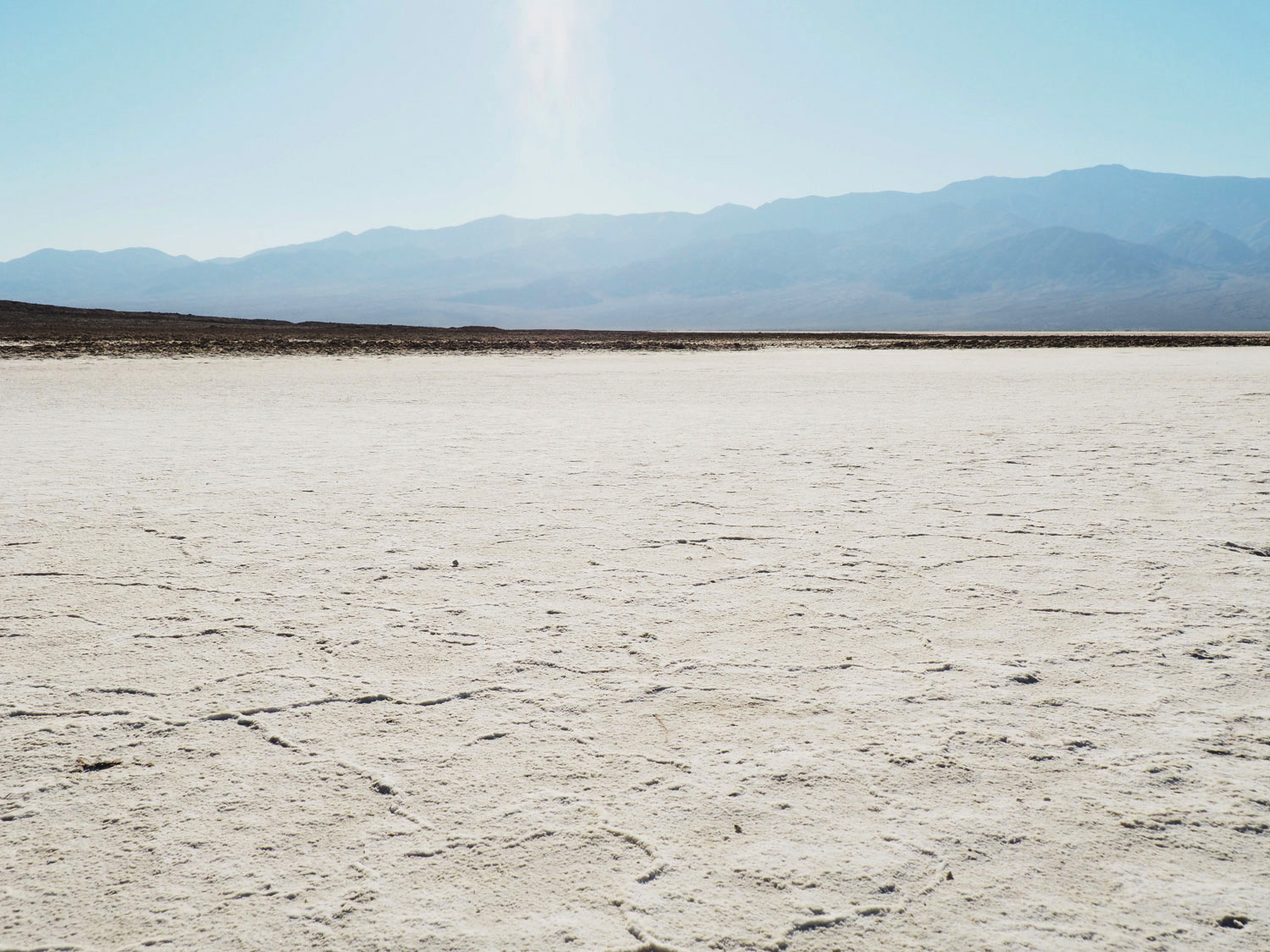 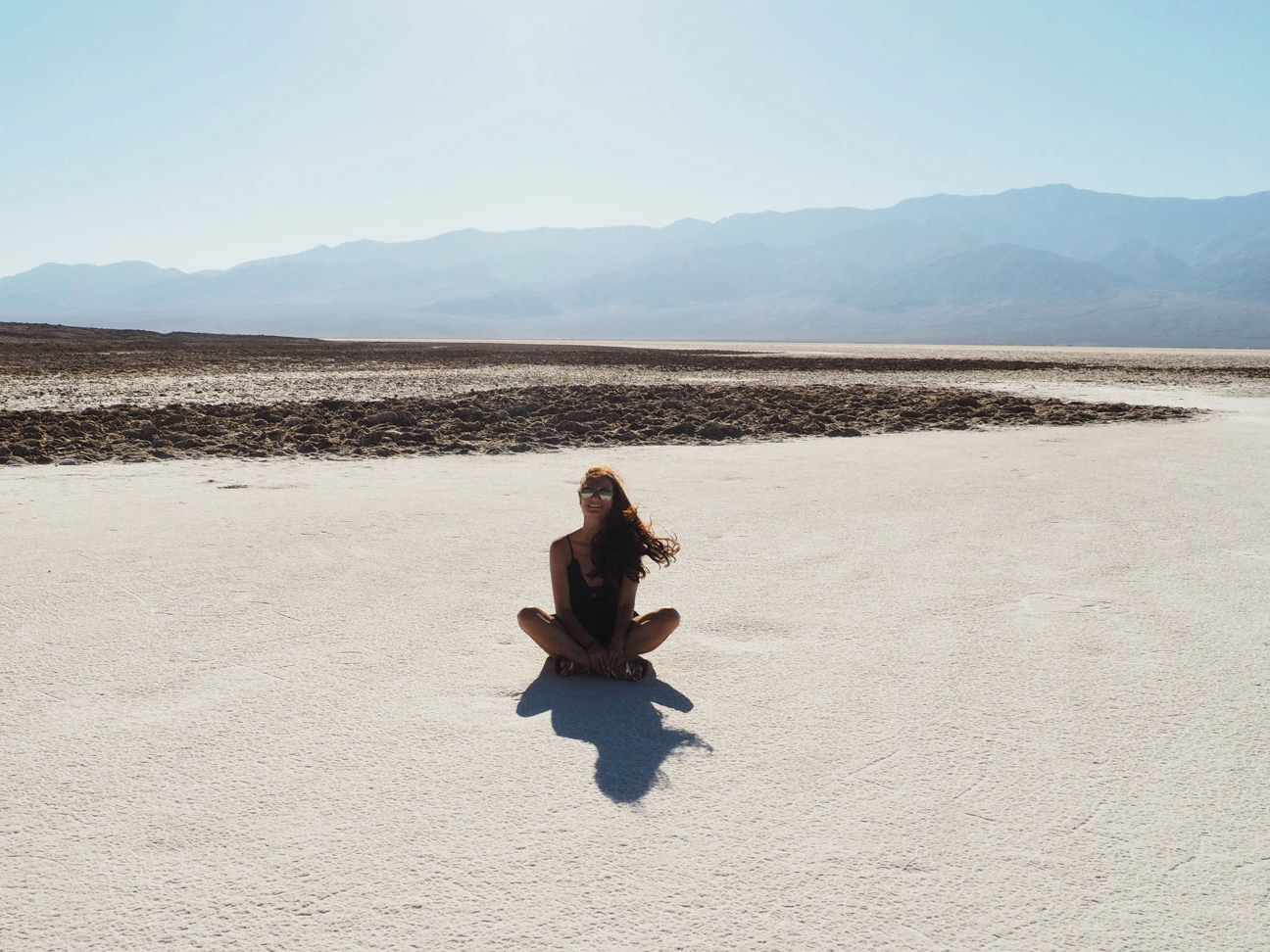 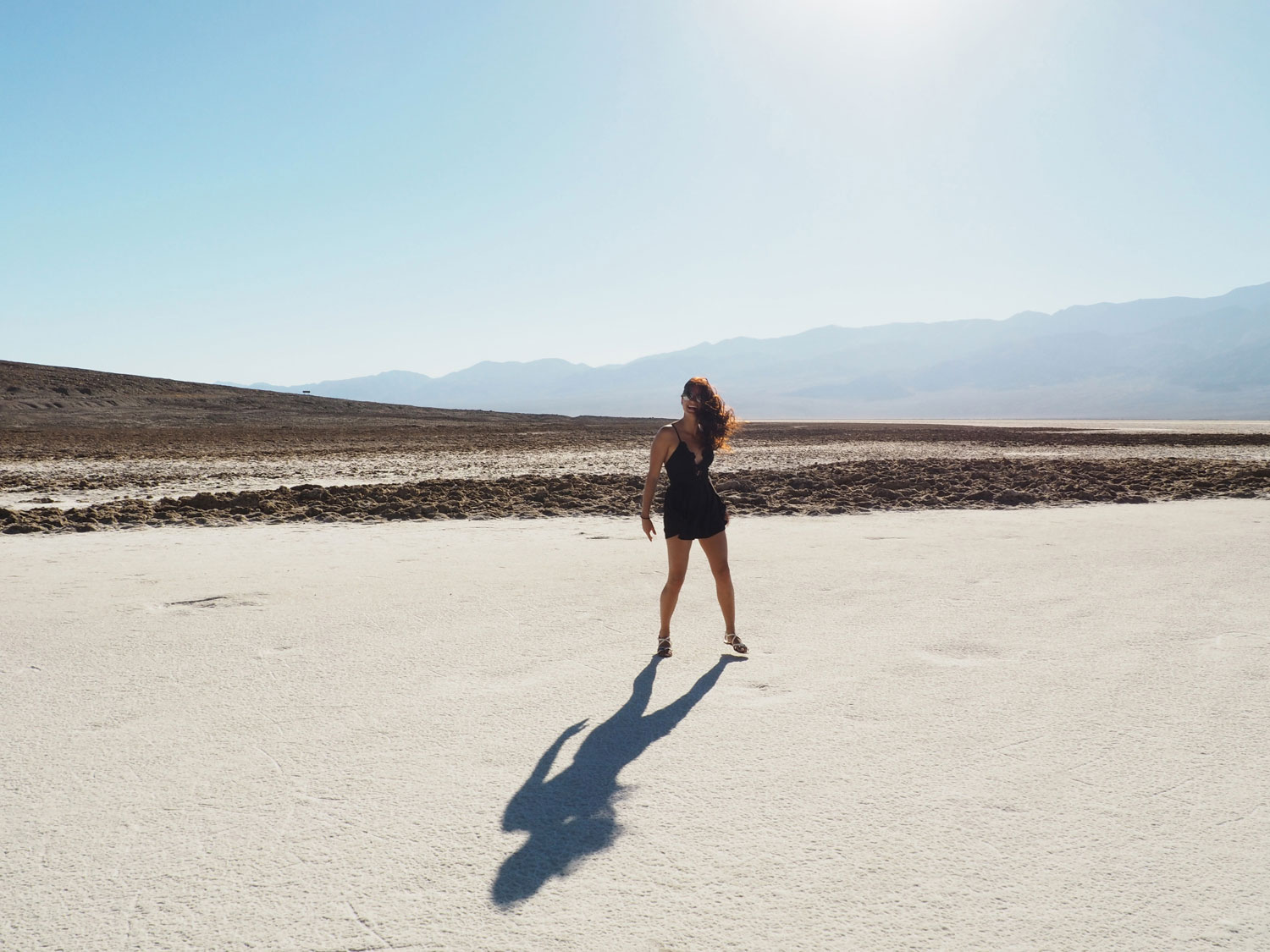 What mother nature is always creating somewhere is incredible! Artists Drive is a colorful palette of rock formations, one way to drive through and definitely worth seeing! 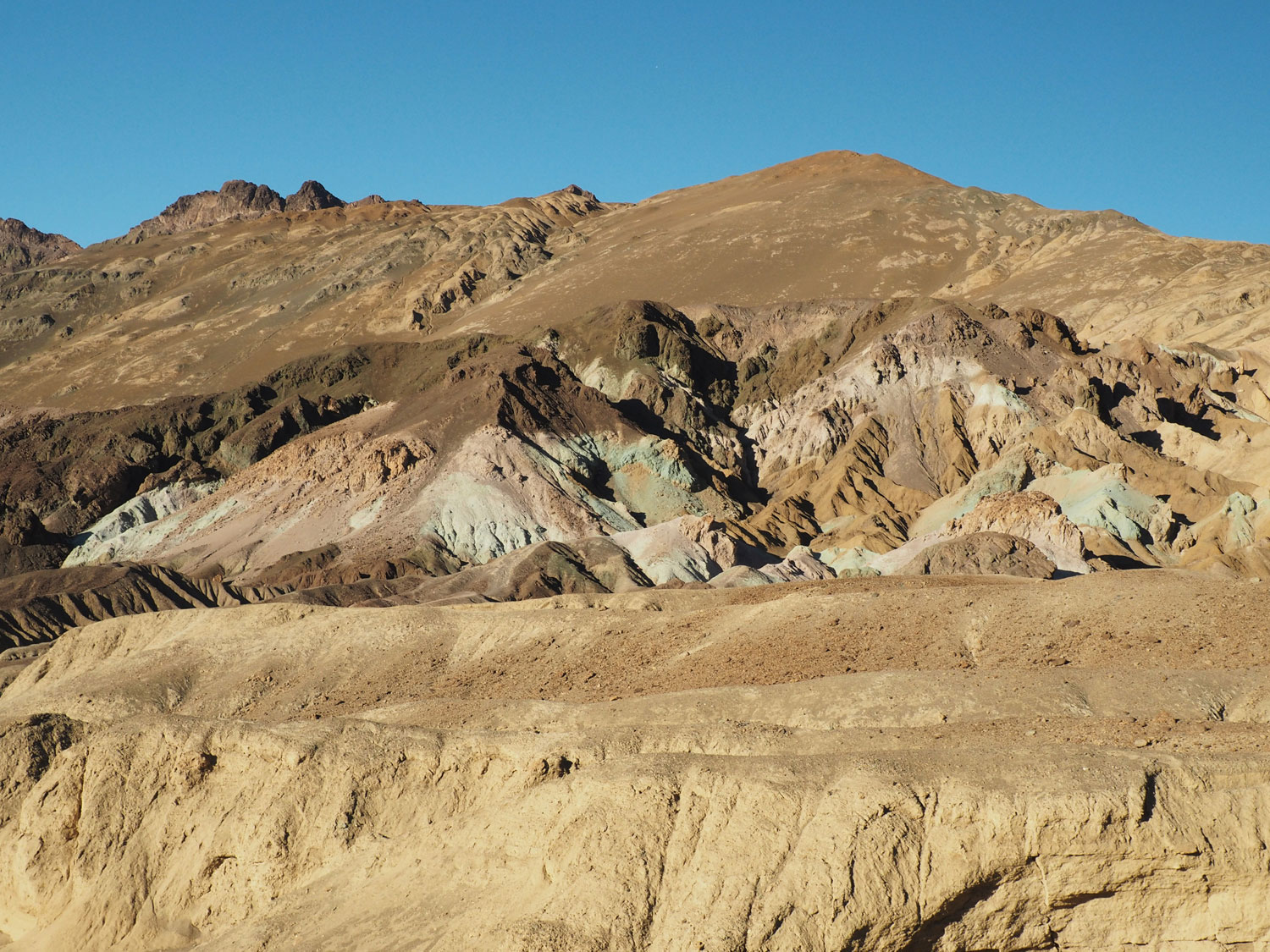 After arriving at Devil’s Golf Course i was a bit disappointed, because it only looks like an huge area of dirt from horses. If you’re looking closely though, you can see saltcristals underneath the dirt. How amazing is that? 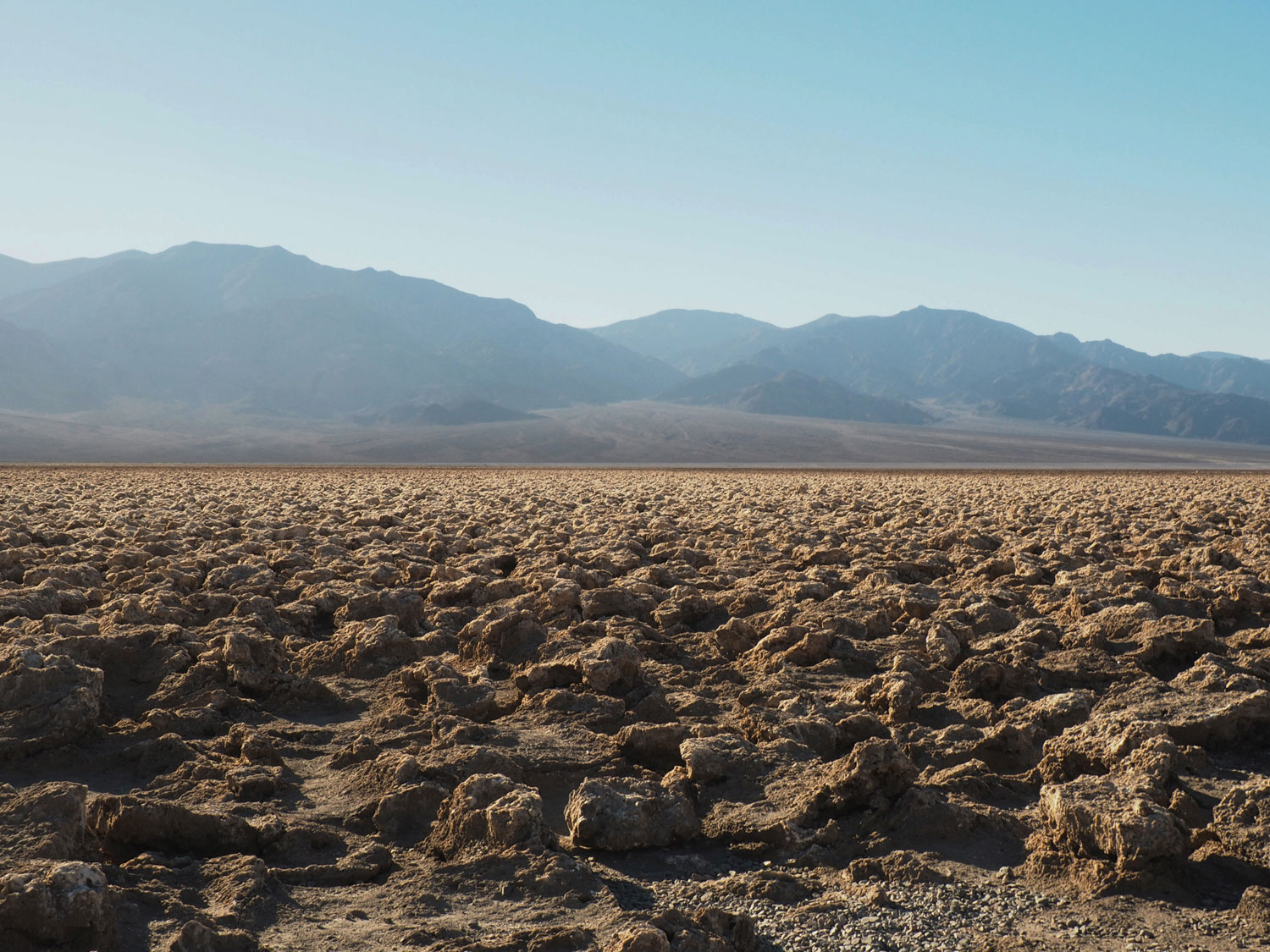 The weather prognose was saying that it will be around 30-35 degree celcius, which did sound quite nice. We’re also getting 30 degree in summer (even in Austria) and it’s still doable. I wasn’t expecting it to be such a dry heat though. You really feel in the need of drinking water every minute!

You should always carry around enough water with you. We were drinking around 3 liters per person, even though we were spending a lot of time in the car. Just make sure you bring enough, also in case of an accident! 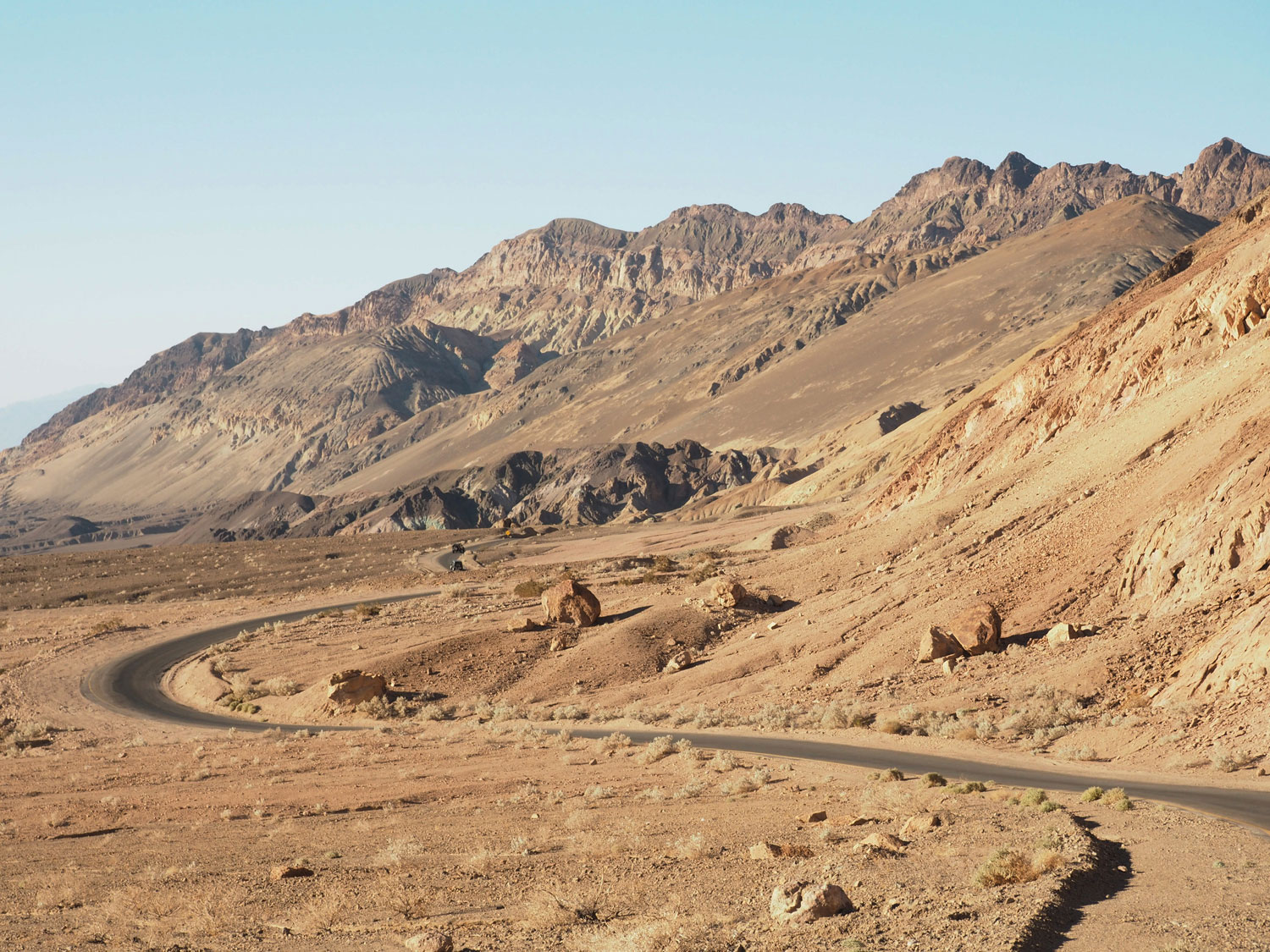 Gas for the car

If you want to see all the amazing places, you will have to drive around some kilometres and i was expecting us to run out of fuel. So we were fueling up our car before entering the Death Valley at a station which was charging 4,50 USD per galon, which is ridiculous. But i guess they’re getting enough money, because the tourists don’t know that there are at least 2 gasstations in the valley which are cheaper. 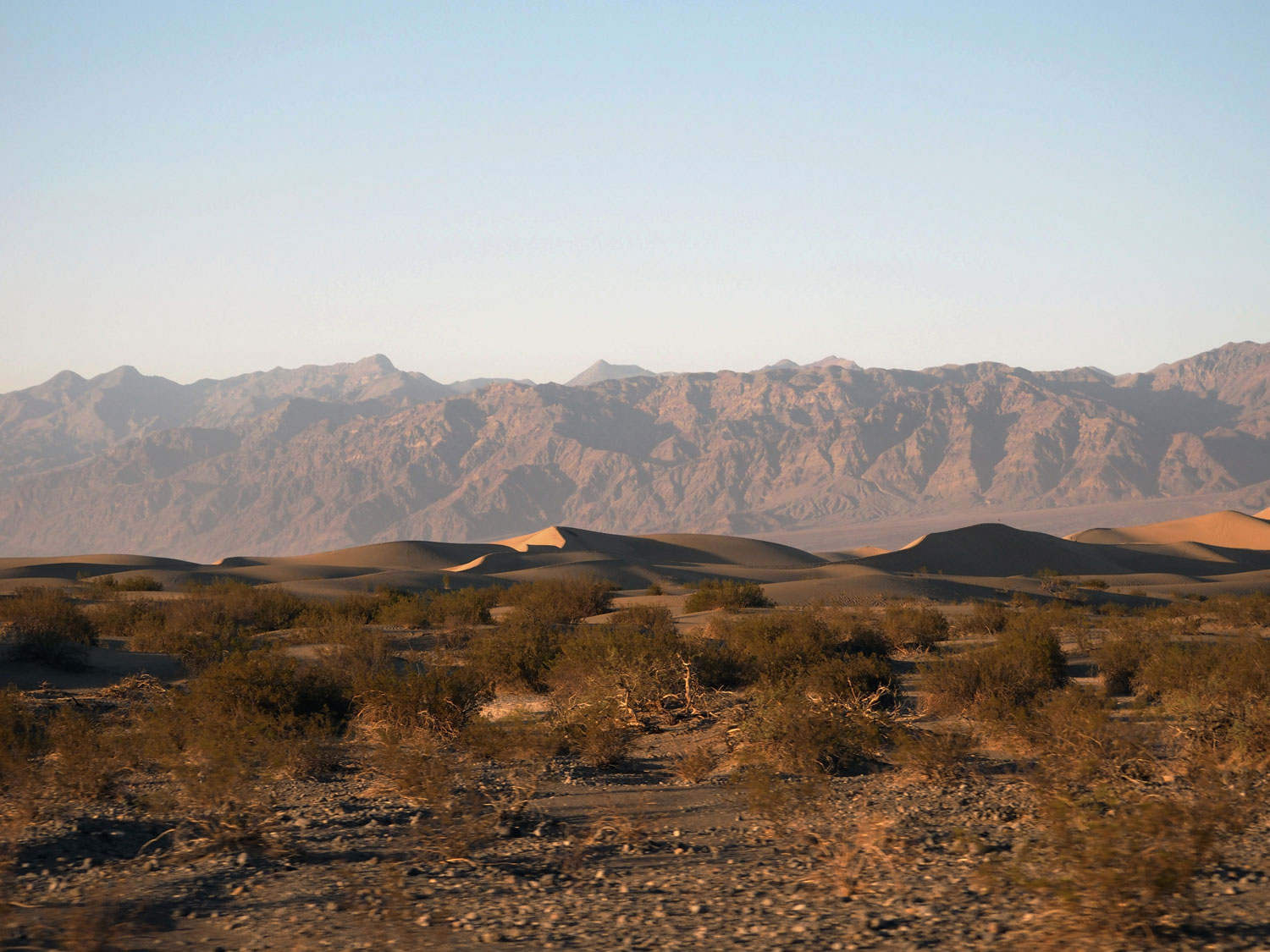 On our way back out of the valley to our camping, we were going into a huge cloud of fog, which turned out to be a sandstorm together with fog. We could not see anything except the white line on the side of the street, which we used for driving.

On our way to the valley we met some coyotes (no, not the girls from the movie), which were crossing the streets. I guess it’s not that unusual, but for us it was something special 😛 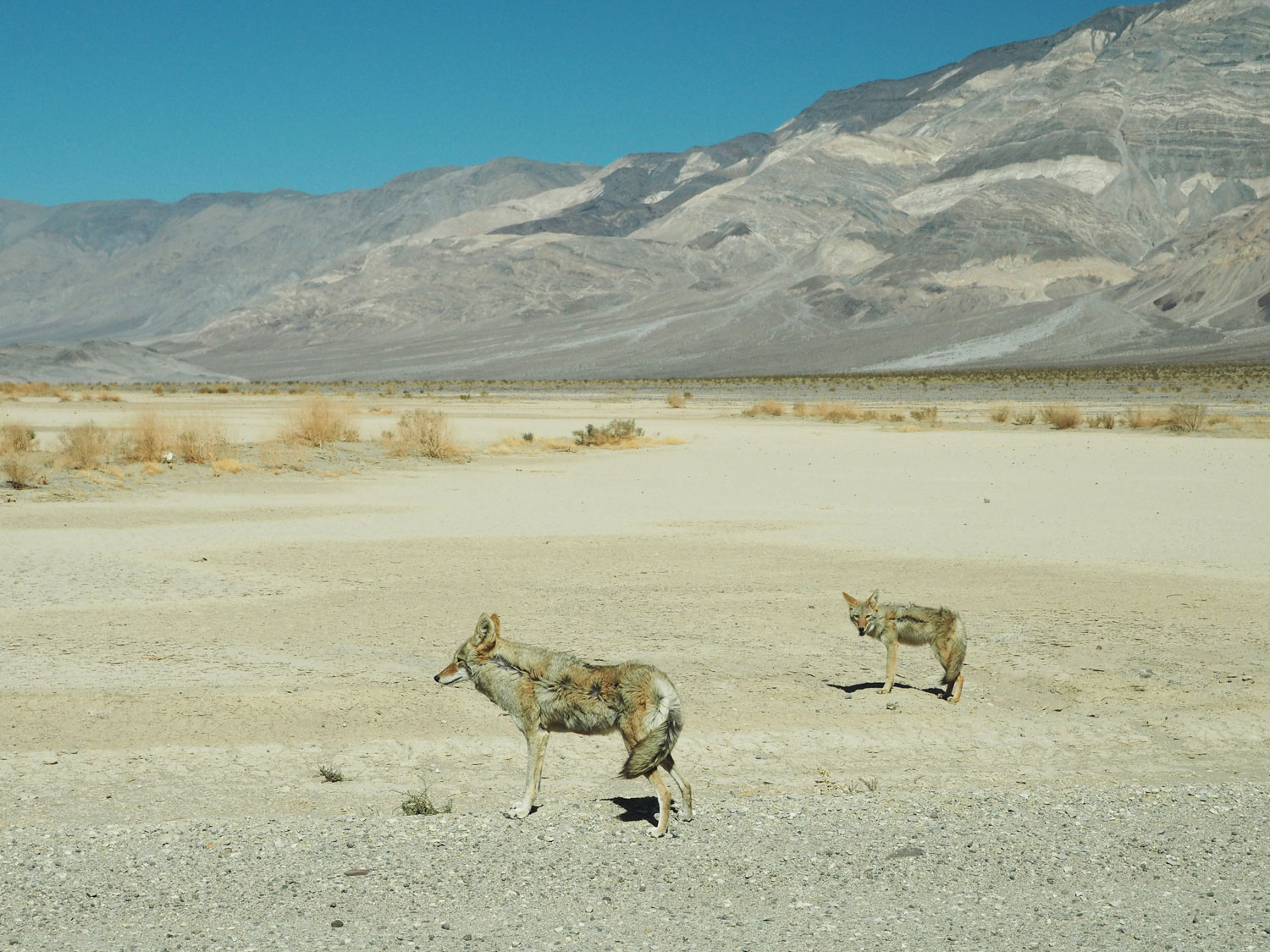