Due to our early arriving in airlie beach, we had the idea to take a jetski-tour, hoping for good weather and an amazing day. In the morning the weather was fine, so we booked a tour for the afternoon and spent the morning in the pool next to the beaches, because going into the sea without a stingersuit is not a good idea in stinger season, which is now. Stinger are very dangerous jellyfish, you get bad injuries by touching them, even unconsciousness and cardiac arrest can be caused by it.

In the afternoon we started our jetski tour. After getting instructed into how to drive i started driving to the island. My first curves were a bit scary for both of us, but after a while i got into it and i loved it.
After arriving at the island we got some lunch and some time to take a bath and afterwards we went to the living reef, a big pool with loads of animals from the surrounding area. You’re able to feed them, which is kind of scary, specially with the rays, because you have to give them the food unter their body.
After that experience we made our way back to Airlie beach, Thomas driving and I was sure that i would take an unintentional bath in the sea. It was a great trip to make for the afternoon! 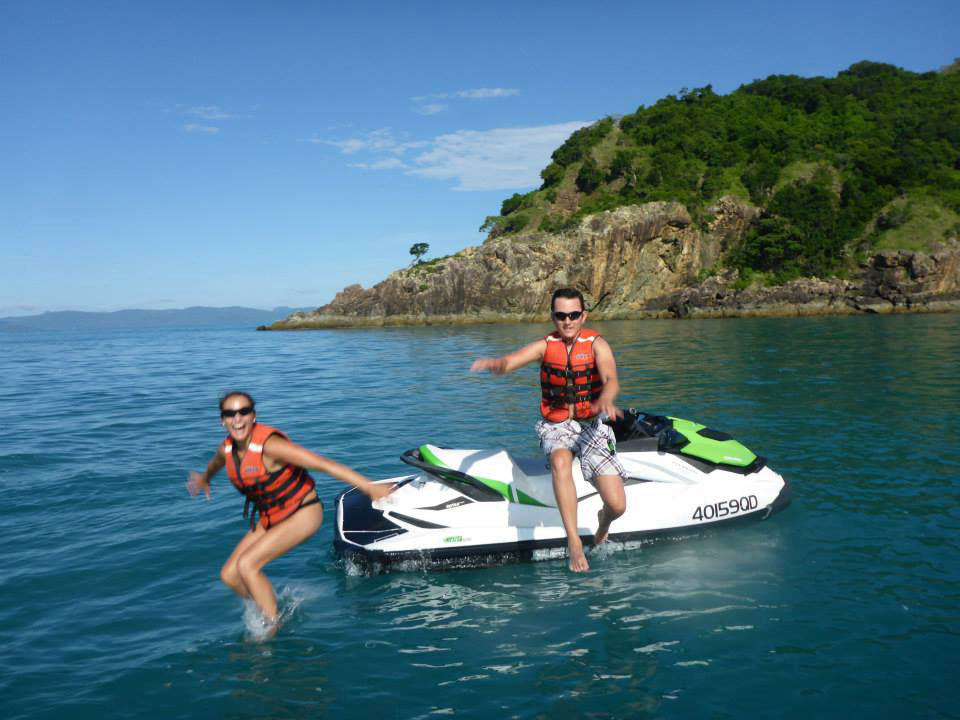 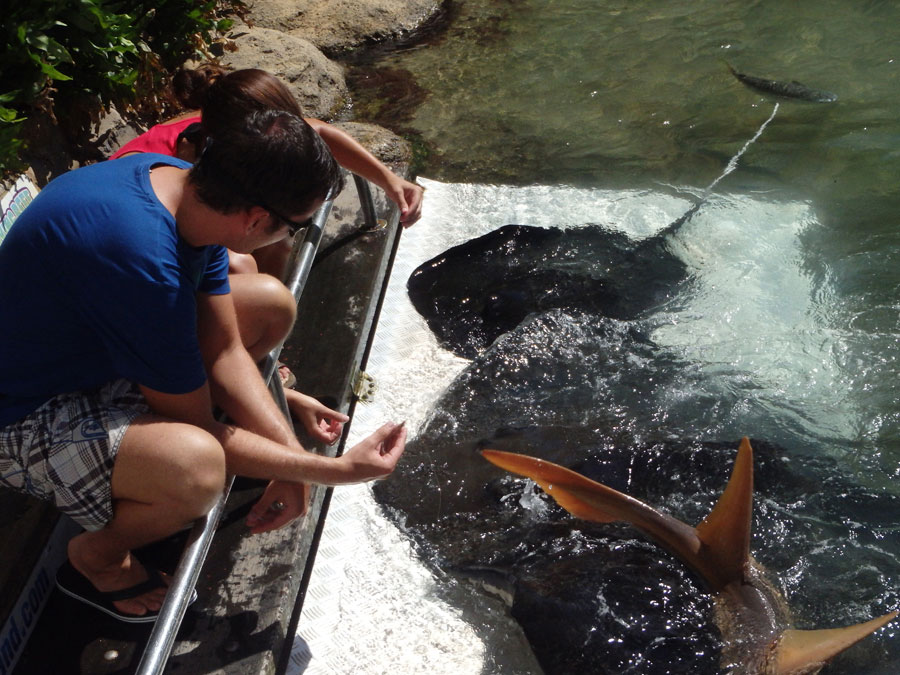 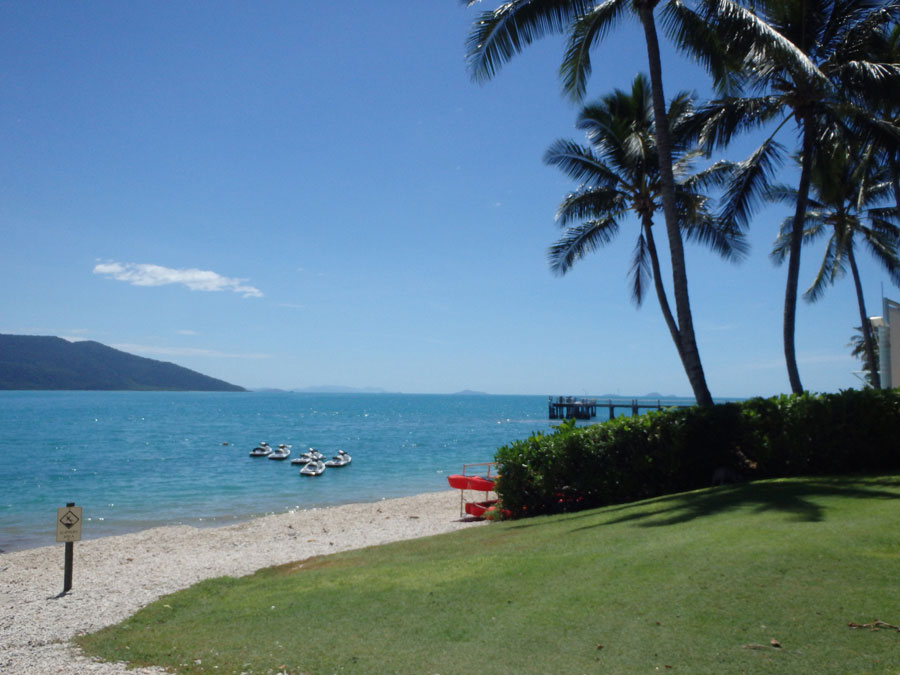 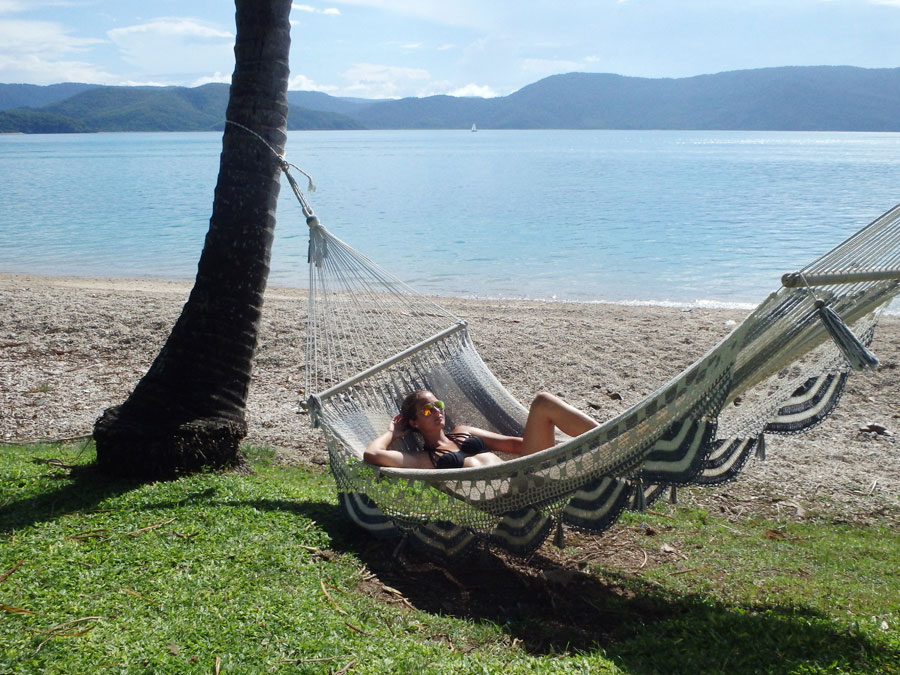 Boattour to the Whitehaven Beach

For the next day we had a tour booked to the whitsunday island and the whitehaven beach. First we went snorkling, but it wasn’t that good, because the corals are dead and not colored, there were no special fish and the sight was really bad after the cyclone mixing up all the dirt in the water. Our second snorkel-spot was better, we saw a turtle and some batfish.

After our snorkel-stops we finally got to the highlight of the day – the whitehaven beach. This beach is amazing, one of the best i’ve ever seen. The sand is nearly white, the surrounding area is stunning and you can go endless walks in the water, because it’s so shallow. There are lemonsharks and sting rays swimming around you all the time, which is stunning as well. After taking a lot of pictures we went back to airlie beach. 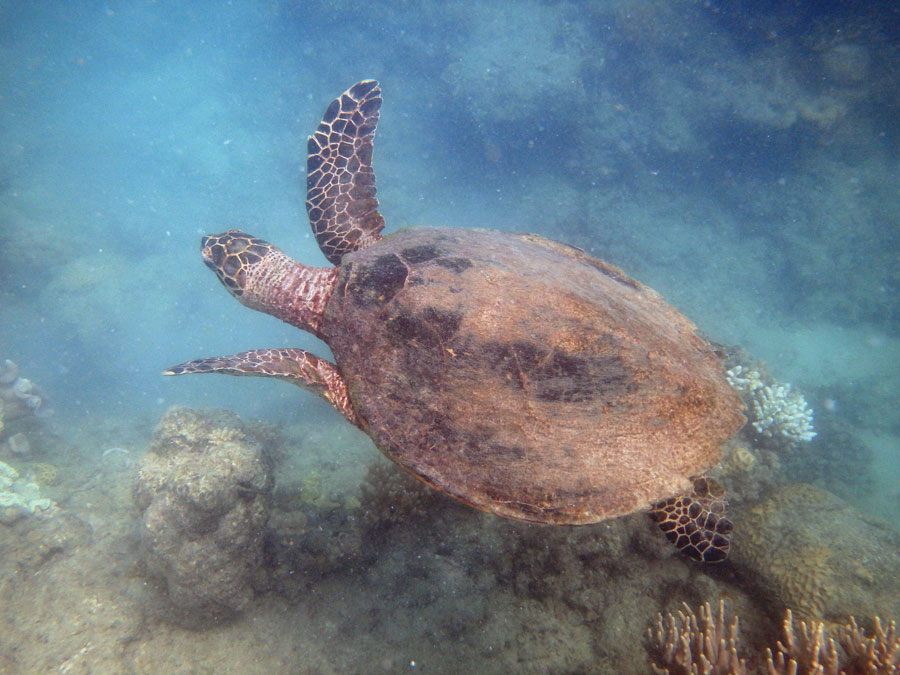 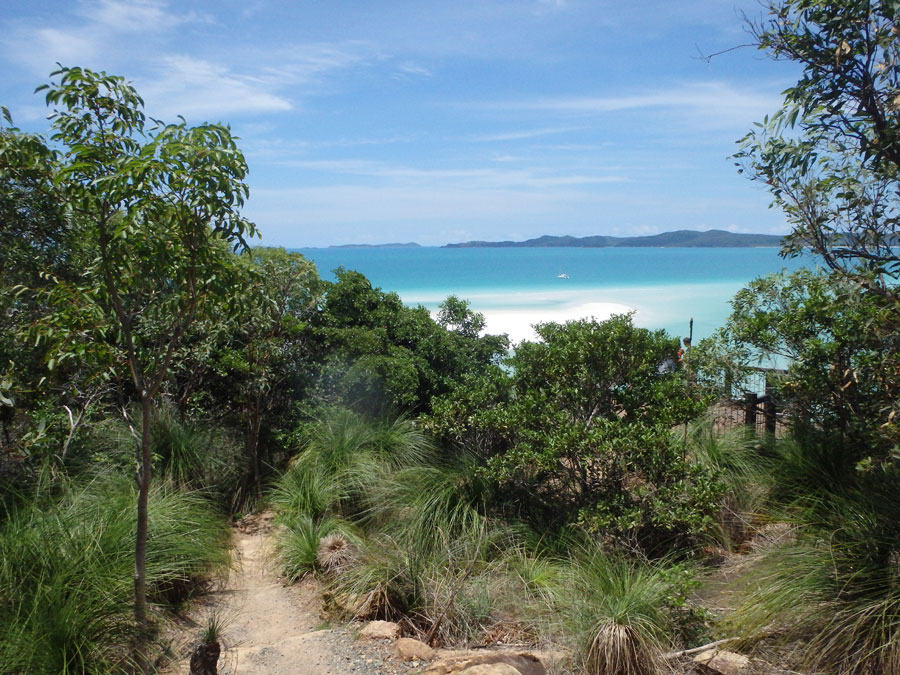 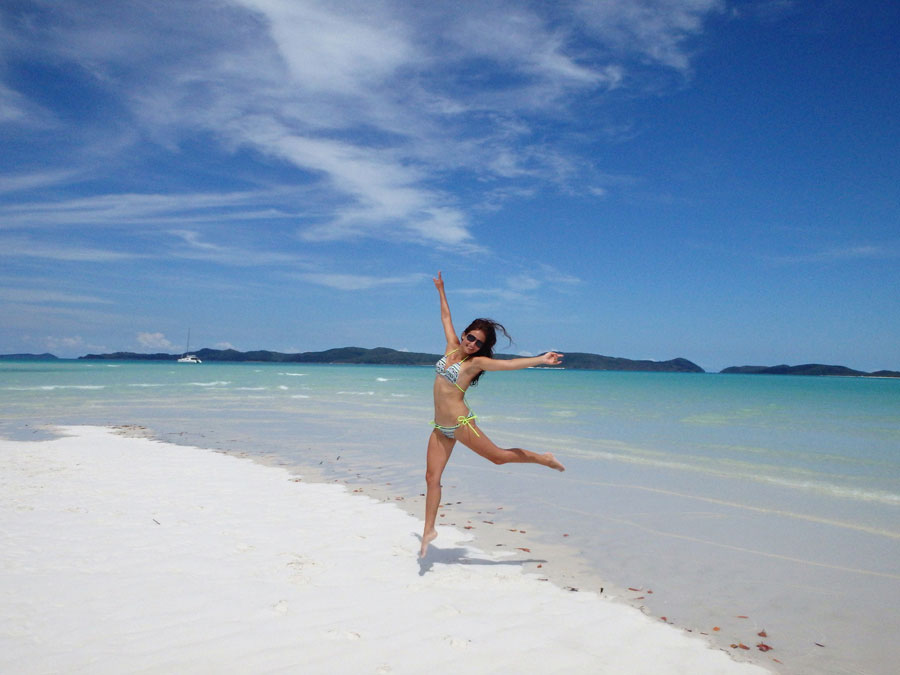 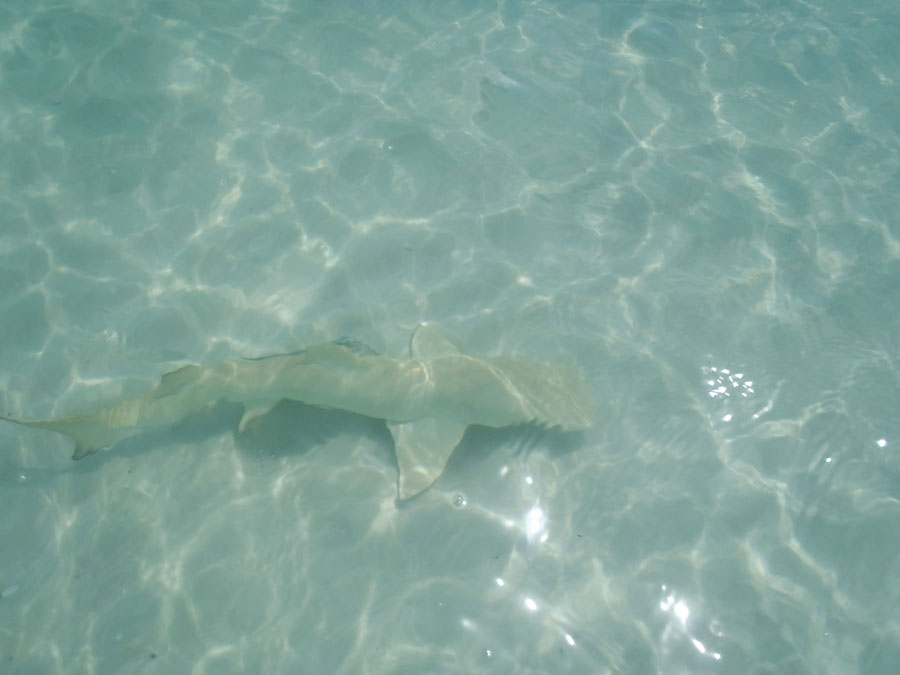