Gosaulake / Gosausee in Upper Austria – all about the magical place, hiking and via ferrata

The Dachstein, which is reflecting in the lake and therefore appears even more impressive, the Gosaukamm, which rises up and snow on the mountain tops all year round – this is exactly the magic that the beautiful mountain lake Gosaulake in Upper Austria exudes.

Actually, I went to the Gosausee for the first time for a climbing tour. The lake is about 1 1/2 hours away from my home in Linz. When I arrived there I was quite impressed by the beautiful scenery and the lake has become my favourite destination.

The Gosaulake can be found by its german name “Gosausee”. The word See is the german word for lake and Gosau is the valley and the village which is close to the lake. 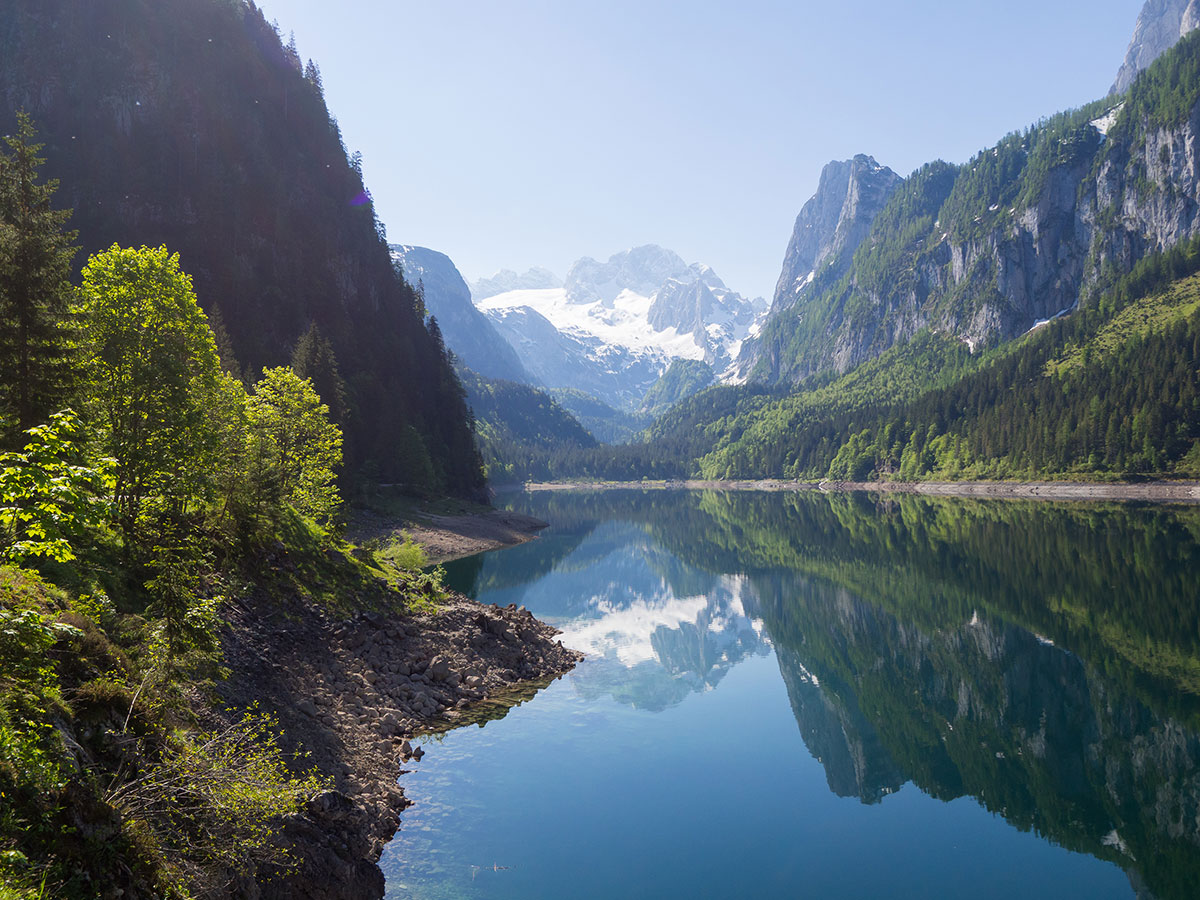 Experience the front & the rear Gosausee

At the Gosausee there is not only one but two lakes and between the two lakes there is also the Gosaulacke in spring after the snowmelt before it is disappearing again.

I would recommend staying in Hallstatt or Gmunden for the night. Both places are surrounded by mountains and next to a lake, it’s magical!

Tour around the lakes

Walking around the front Gosausee takes about one hour and is easily accessible with children and also probably with a baby carriage. The path runs without any difference in altitude and only after rainfall or in winter and in spring it is muddy. In case of danger of avalanches the path is closed.

If one reaches the rear end of the front Gosausee, a small path branches off to the rear Gosausee.

In the summer months everything is so beautifully green all around, you can go for a nice walk around the lake (takes about an hour if you walk comfortably), or take the cable car up to the Gosaukamm and enjoy the fantastic view from above. The Gablonzerhütte, not far from the mountain station, is also recommendable, where you can stop for a tasty snack. 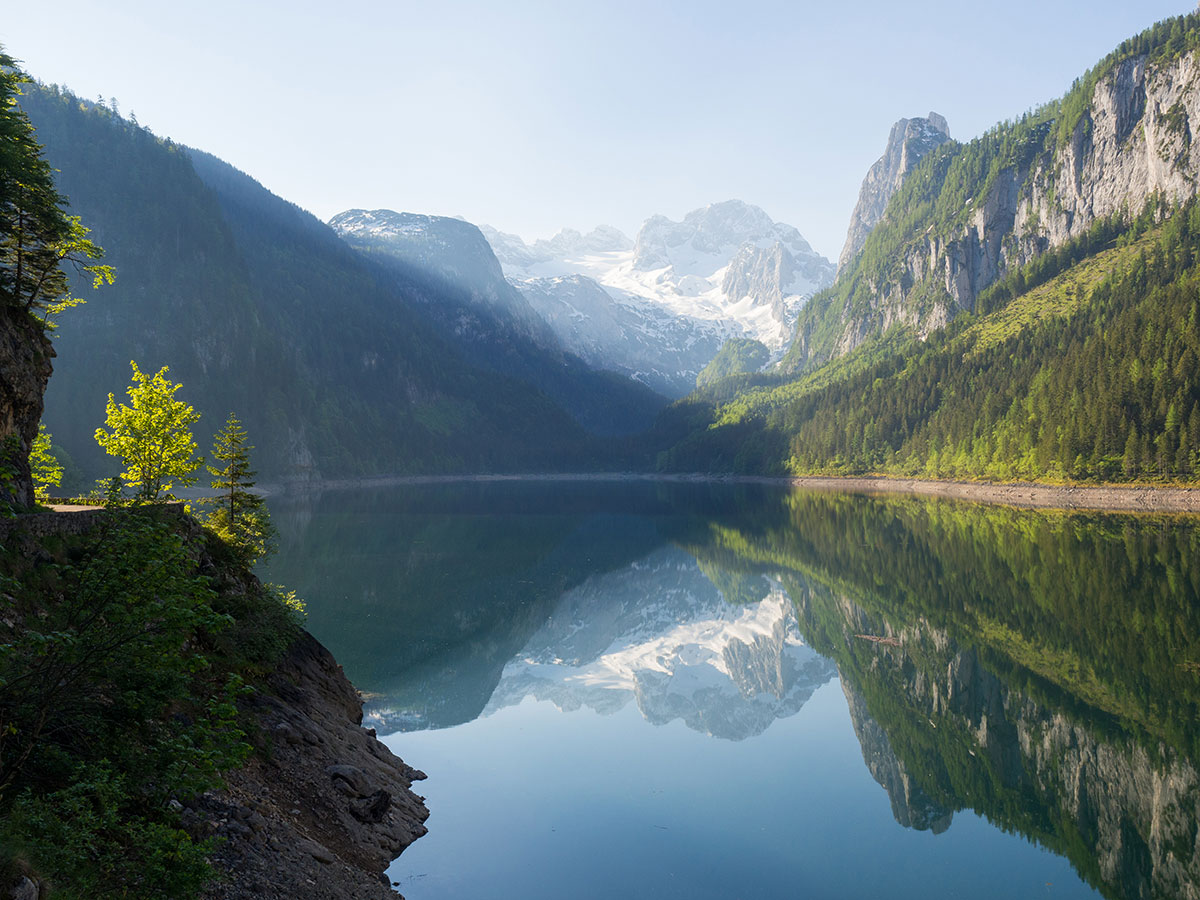 Lake Gosausee is a real gem, even in winter. The lake empties with the autumn months and carries very little water in winter. But if fresh snow has fallen, it dips the lake and the surrounding area in a beautiful white dress. In March there is often still a lot of snow, because the Gosausee is at around 900m above sea level. As soon as the snow melts, the Gosausee fills up again to its full splendour in summer. 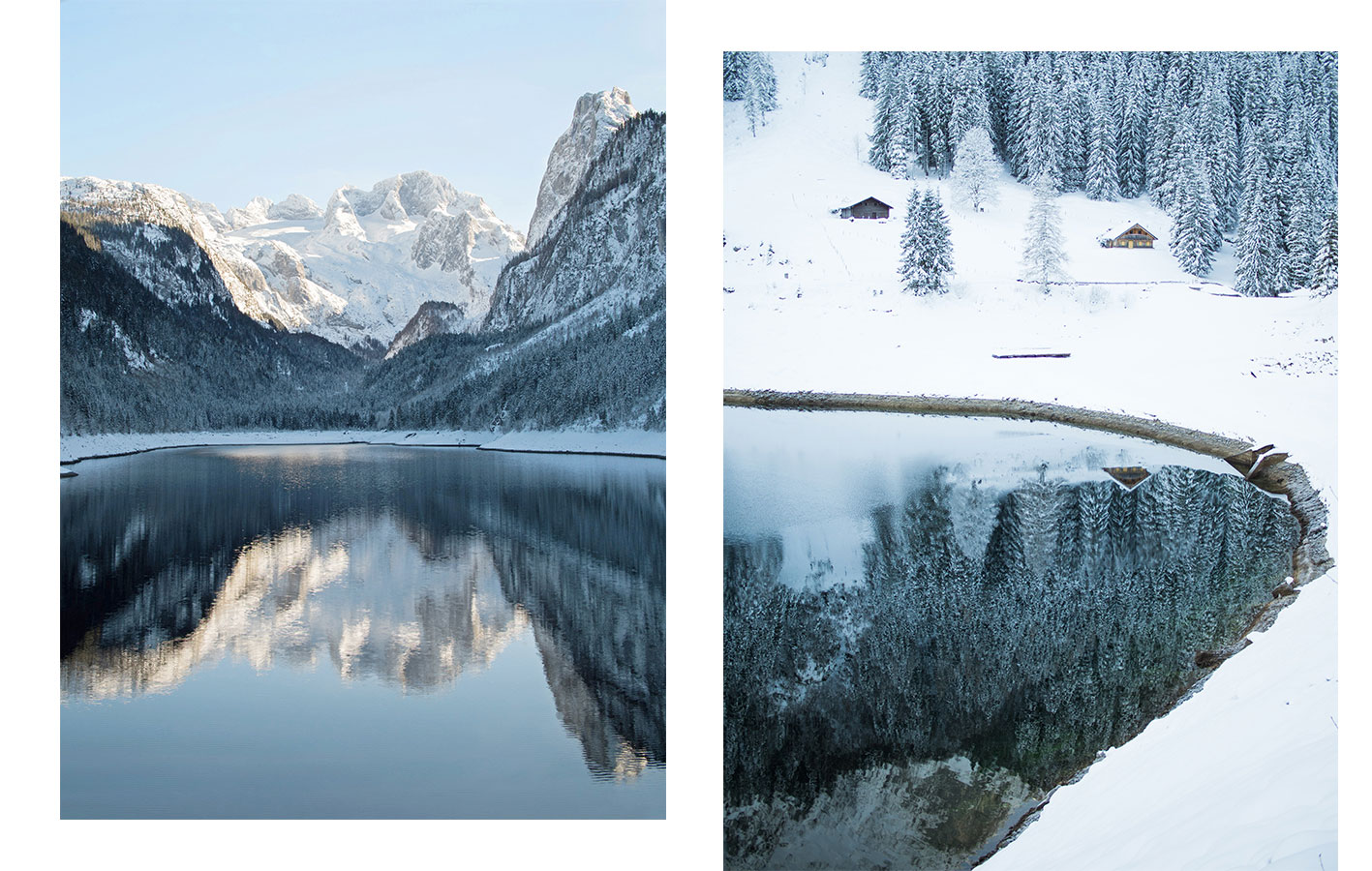 Via ferrata routes and hikes at the Gosausee

I have been to the Gosausee several times to go the amazing via ferratas in the area. The Laser-Alpine via ferrata, which leads directly along the lake, is really fantastic and not too difficult – but you should be free from giddiness, because it is a bit of a strange feeling when you see the dark lake when you look down. But those who are interested in having the place for themselves should get up very soon – when we finished the climb very early in the morning, we could see that the via ferrata got pretty crowded. It is best to start half an hour to one hour after sunrise, this is when the via ferrata is the least frequented. But since the lake is in a basin and surrounded by high mountains, it is in the shade for a relatively long time (and again relatively soon in the evening). 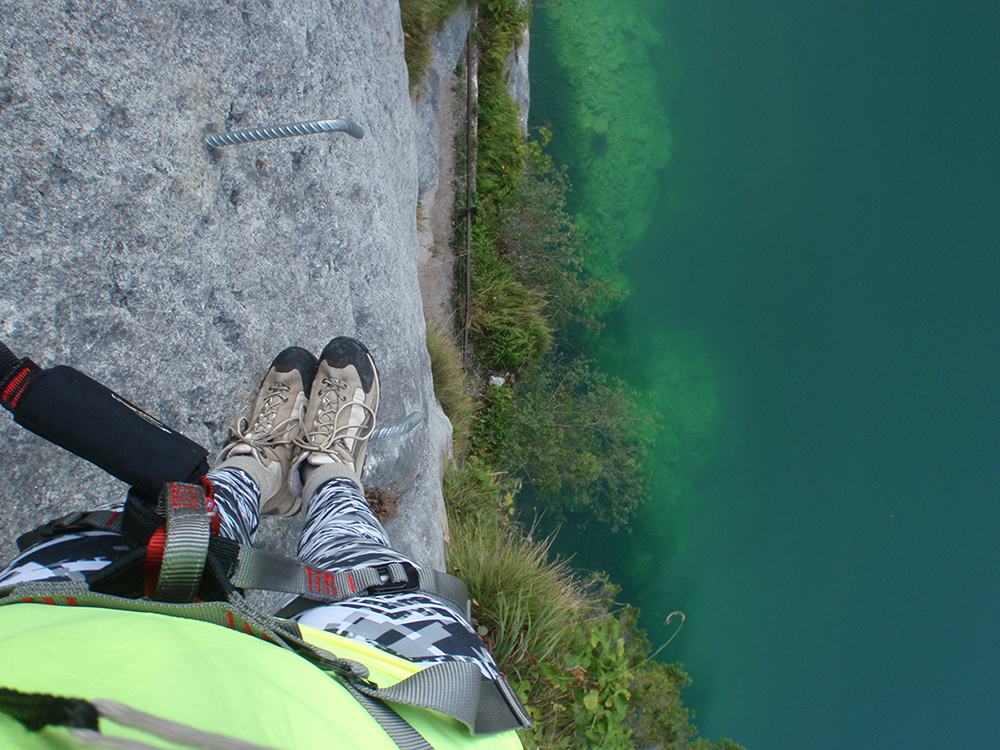 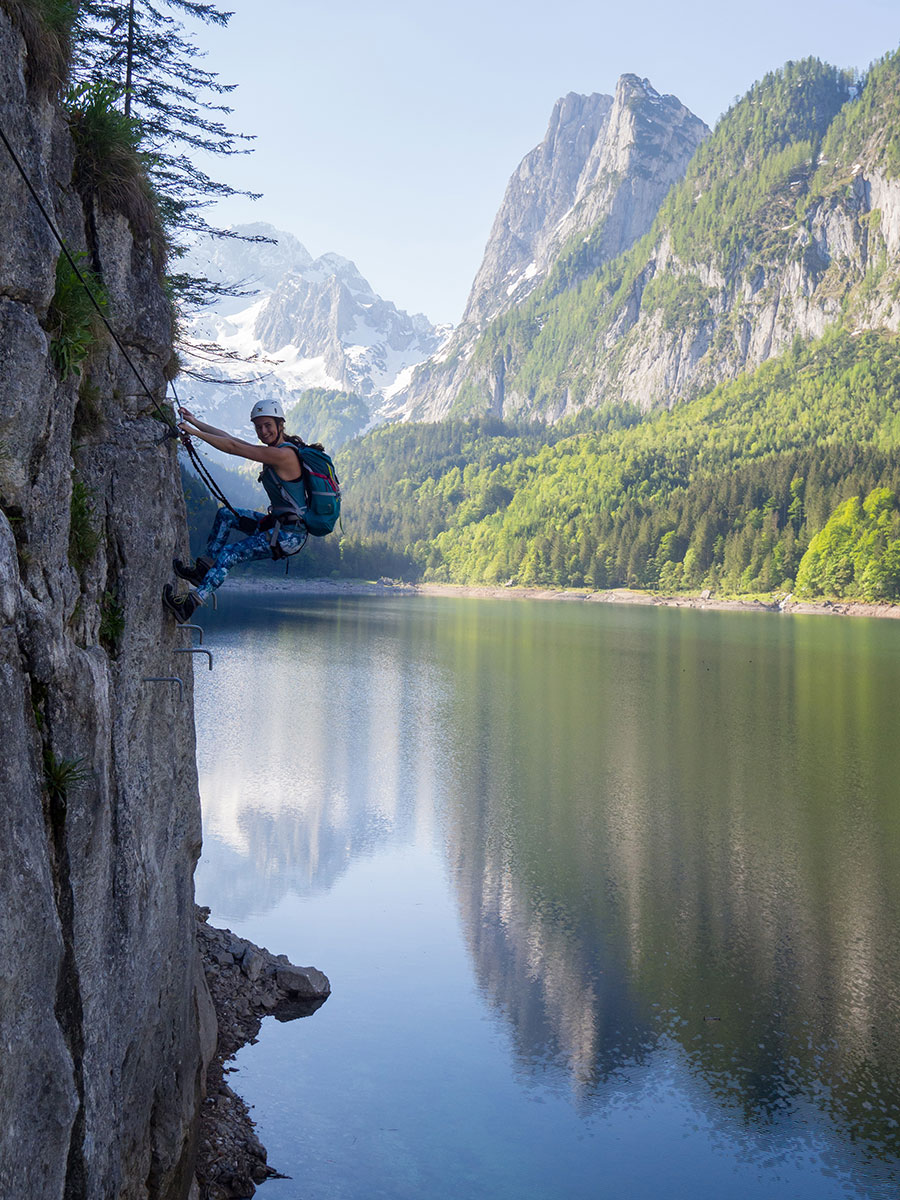 Via ferrata on the Donnerkogel

The via ferrata on the Donnerkogel should not be underestimated. Due to its length of 3 -3 1/2 hours, the 600m that have to be conquered and the two D points that have to be overcome, make it one of the most difficult fixed rope routes in Upper Austria. Thanks to the two emergency exits, it is easier to exit from the via ferrata to the normal route, at least in an emergency. In general, the view is always a dream, but the popularity of the via ferrata is more of a nightmare. Due to the new “stairs to heaven” the via ferrata became more and more popular and so there can be huge traffic jams, which I personally don’t really enjoy anymore. Here it is definitely worth getting up extremely soon or rather late to avoid the big crowds. What I personally don’t like at all is the middle part, where the via ferrata is in the middle of the mountain pines for hunting reasons, therefore it’s more a hiking trail than via ferrata. The sky ladder is pretty awesome of course. The descent back down is via the regular hiking route.

Tip: On my blog there is also a detailed article about the via ferrata on the Donnerkogel. 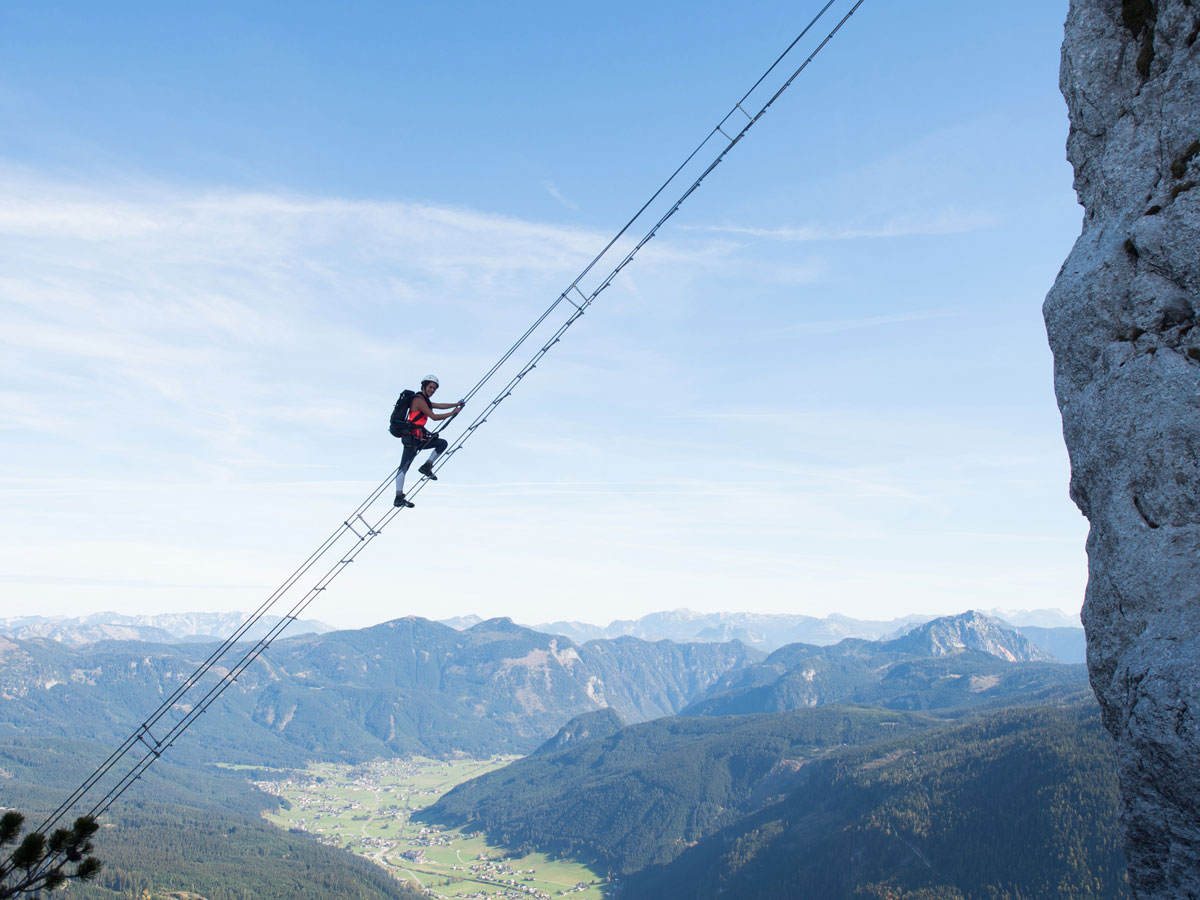 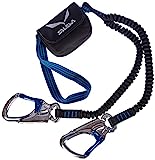 The path from the Gosau lakes to the Gablonzerhütte, which lies at the foot of the Donnerkogel near the Gosaukamm, can either be conquered effortlessly with a cable car, or via a hiking trail. The hiking trail is easy for every sportsman and sportswoman and takes about 600m in 1 1/2 hours. You should be somebody who does feel safe walking on trail, but in general the path is not too difficult or dangerous. Only from the Gablonzerhütte up to the Donnerkogel hiking boots and safe walking skills are an absolute must.

In the village of Gosau there are also more via ferrata, which are quite difficult. Here is a small park of several via ferrata. The start is at the Gosauschmied Inn. After a short ascent through the forest, you reach the wall where via ferratas of difficulty level D can be found. 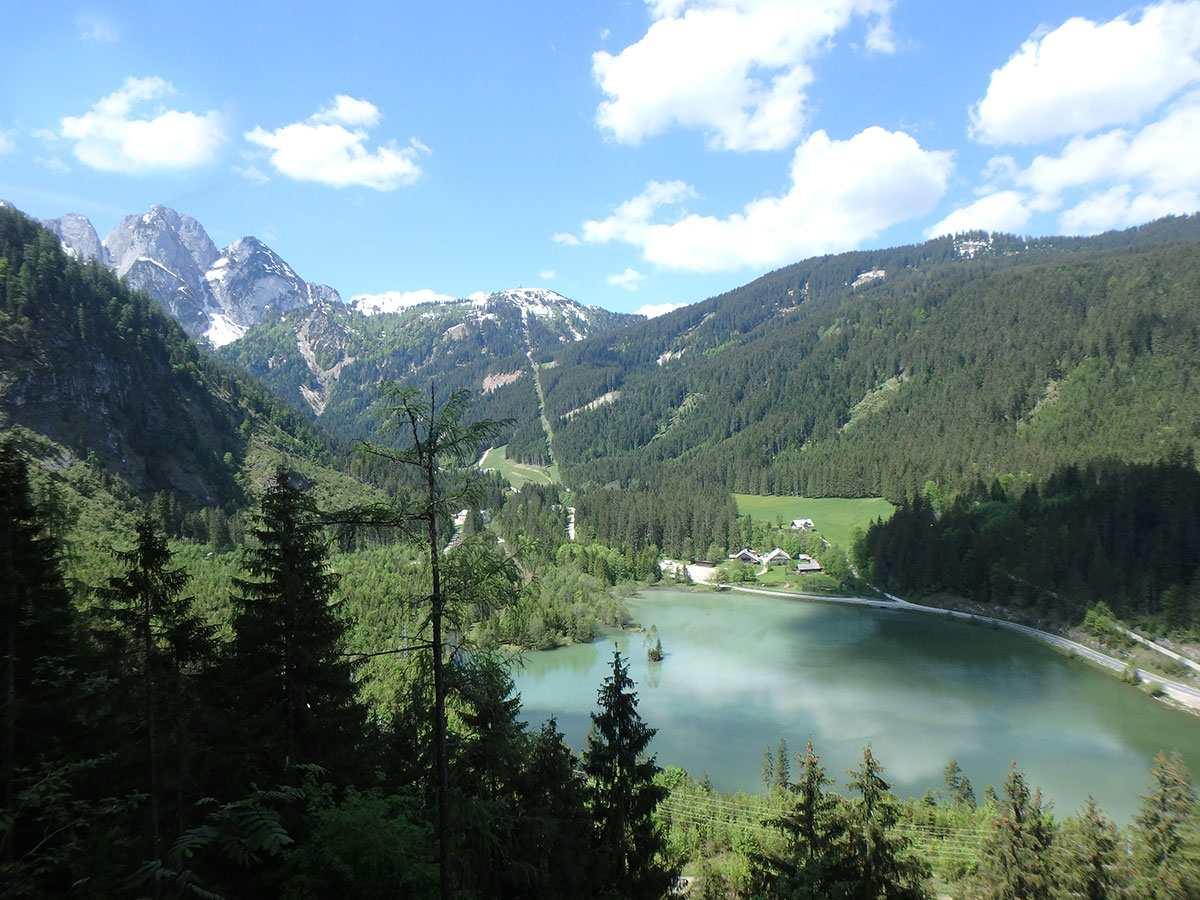 The easiest way to reach the Gosausee is by car. Drive towards Hallstätterlake and turn into a winding road at the upper end of Hallstätterlake that leads to Gosau. The lake is a few kilometres outside of Gosau at the last end of the valley and cannot be missed. On weekends there a lot of visitors in the valley, which is why the parking lot can be very full.

By the way, on my blog there are many more great excursion tips for Upper Austria and the Salzkammergut 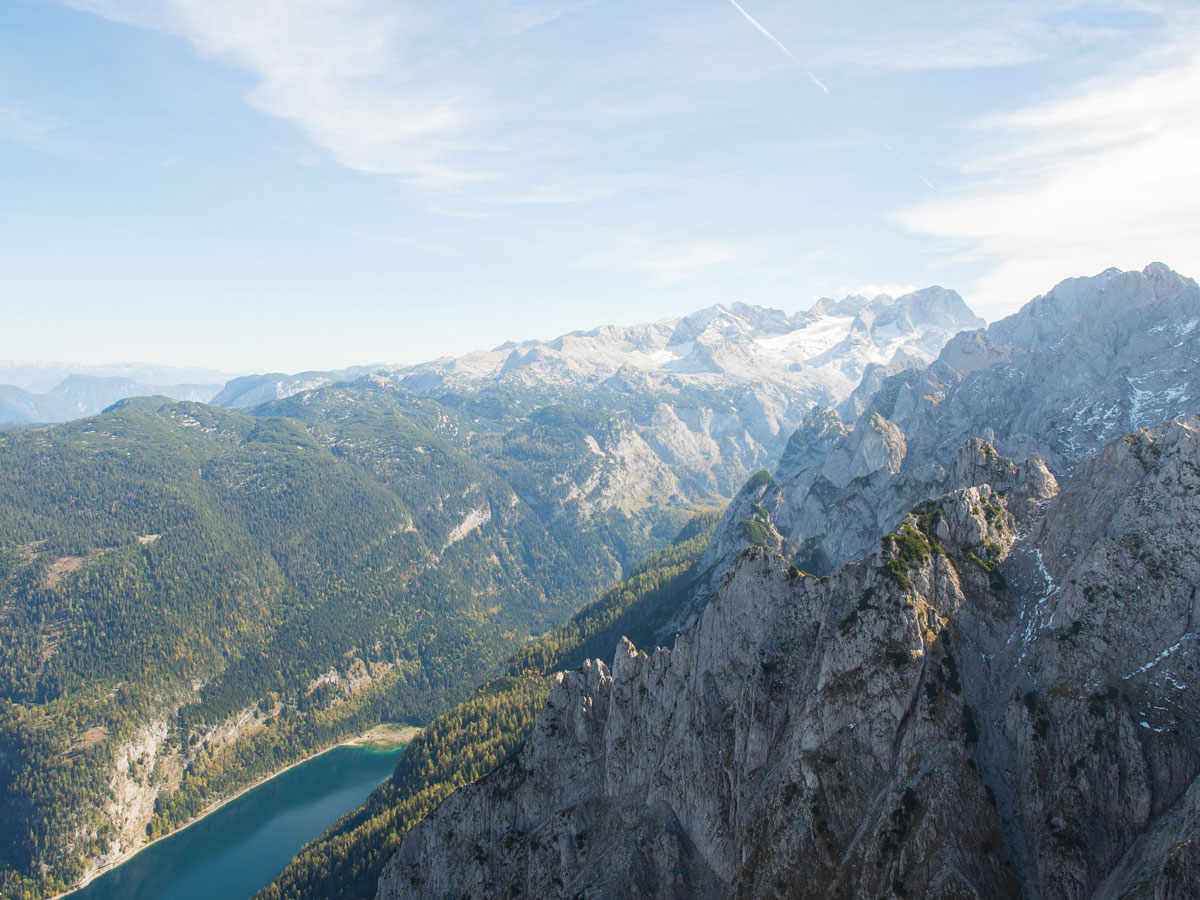 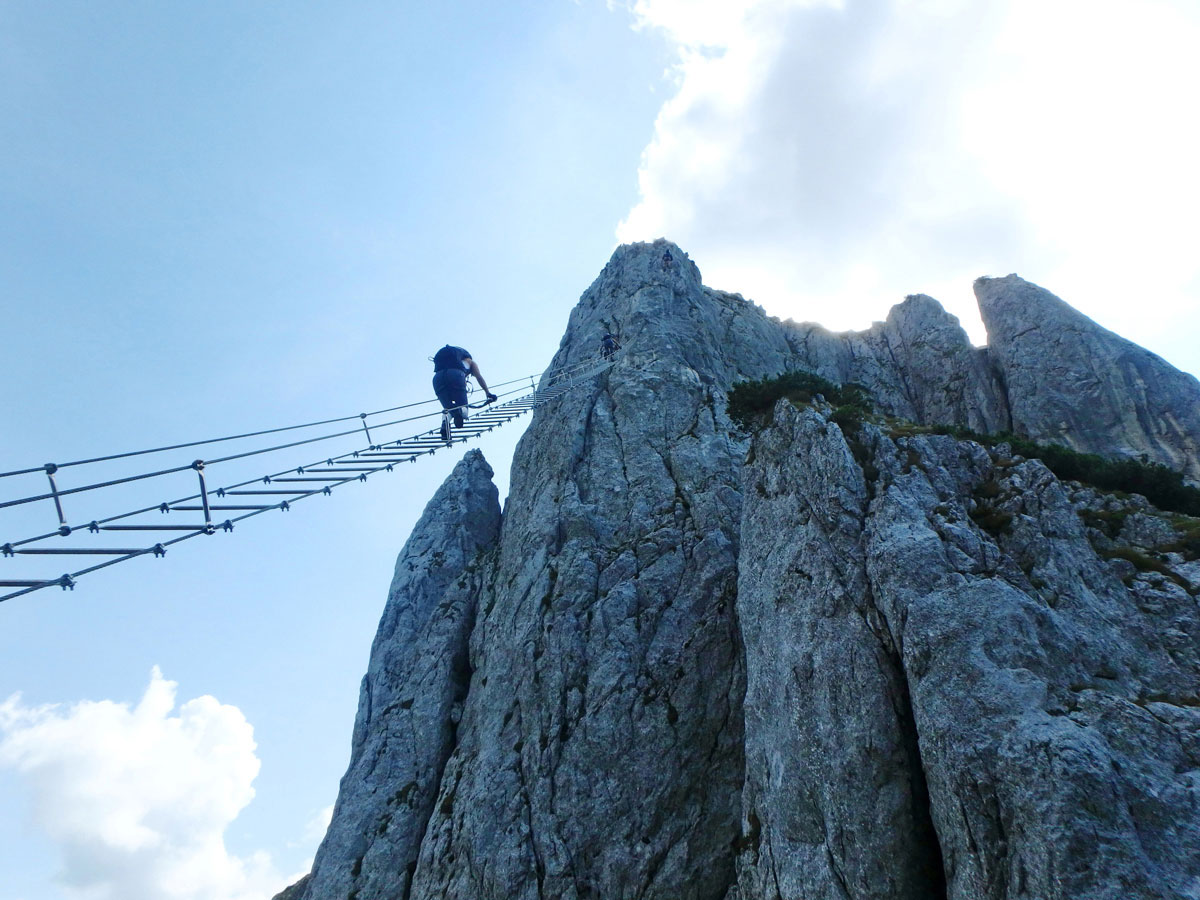 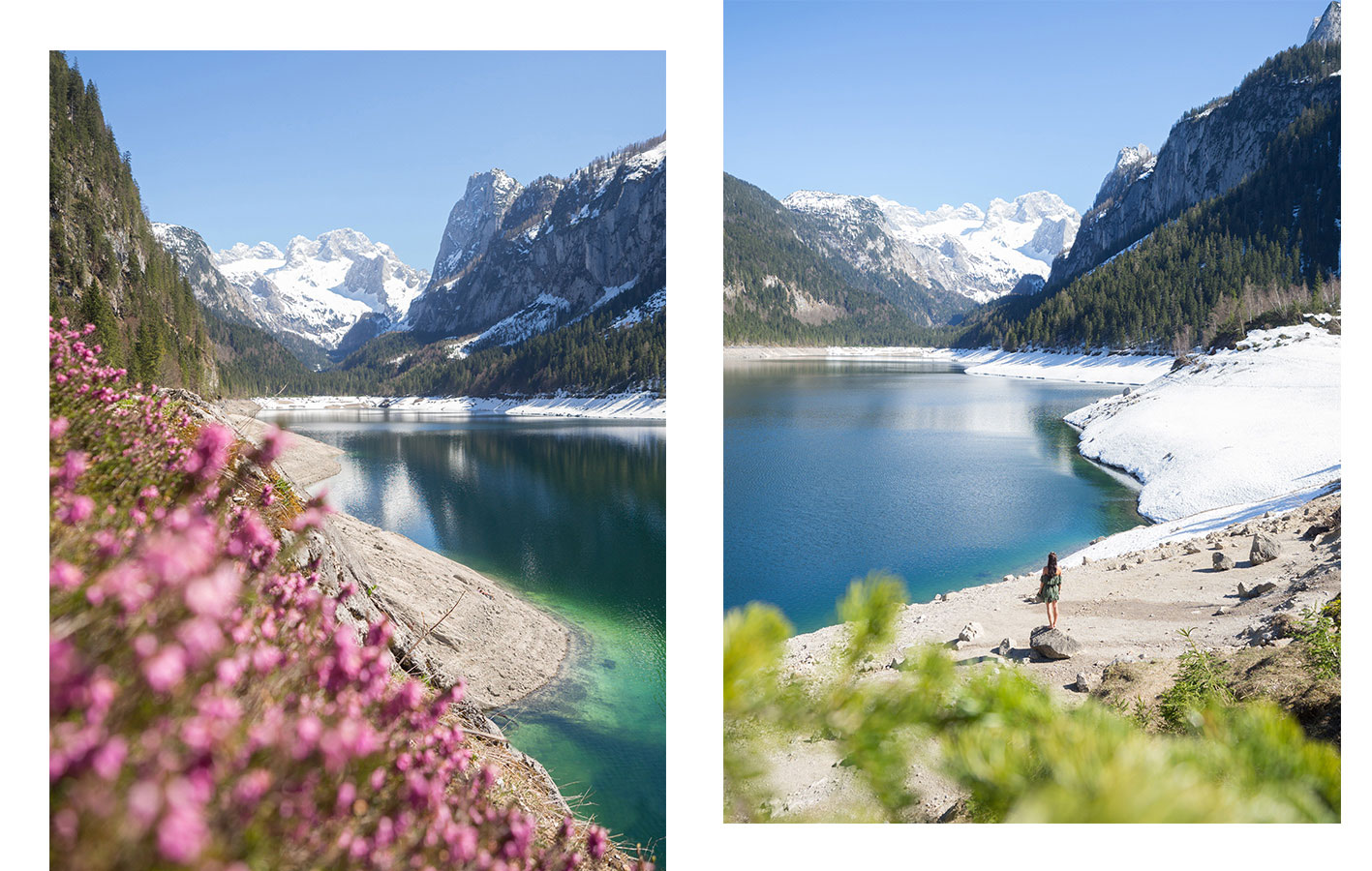 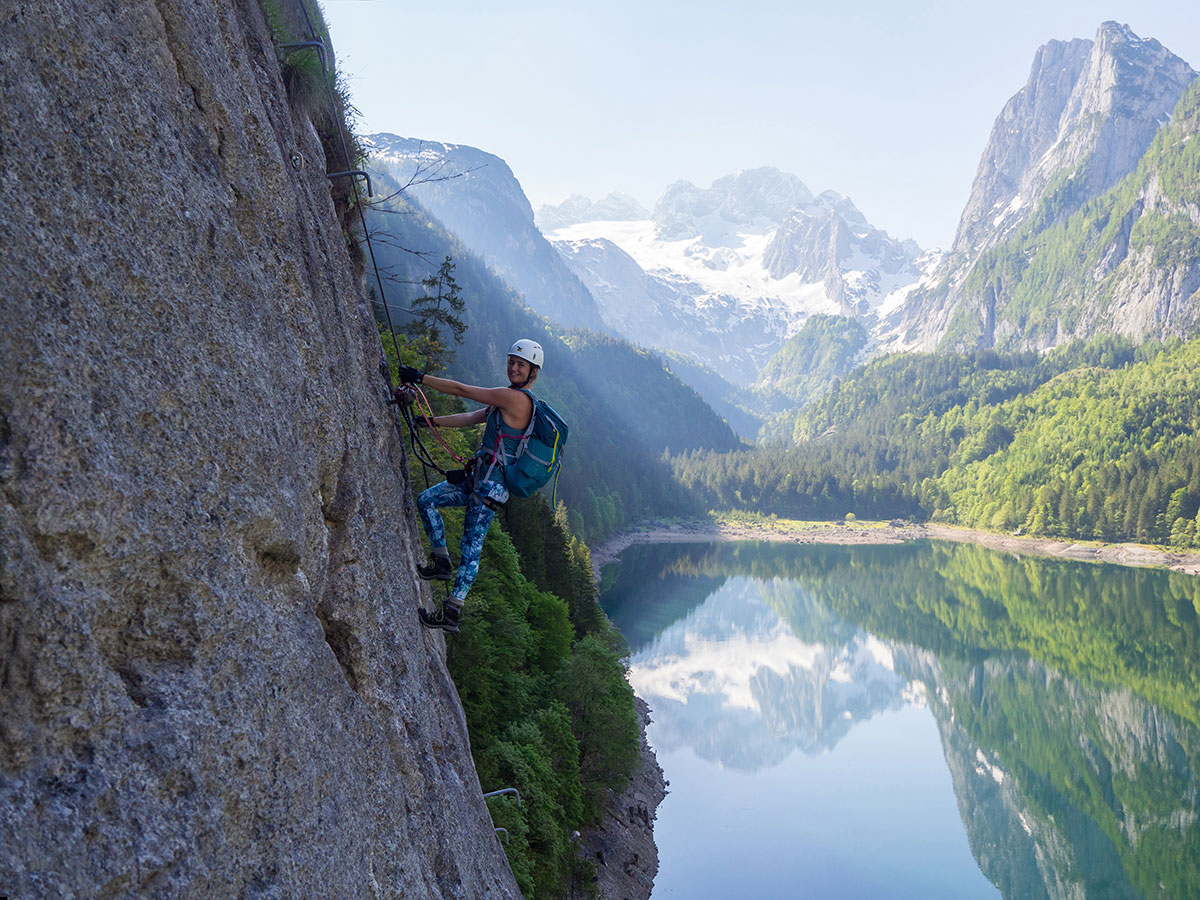 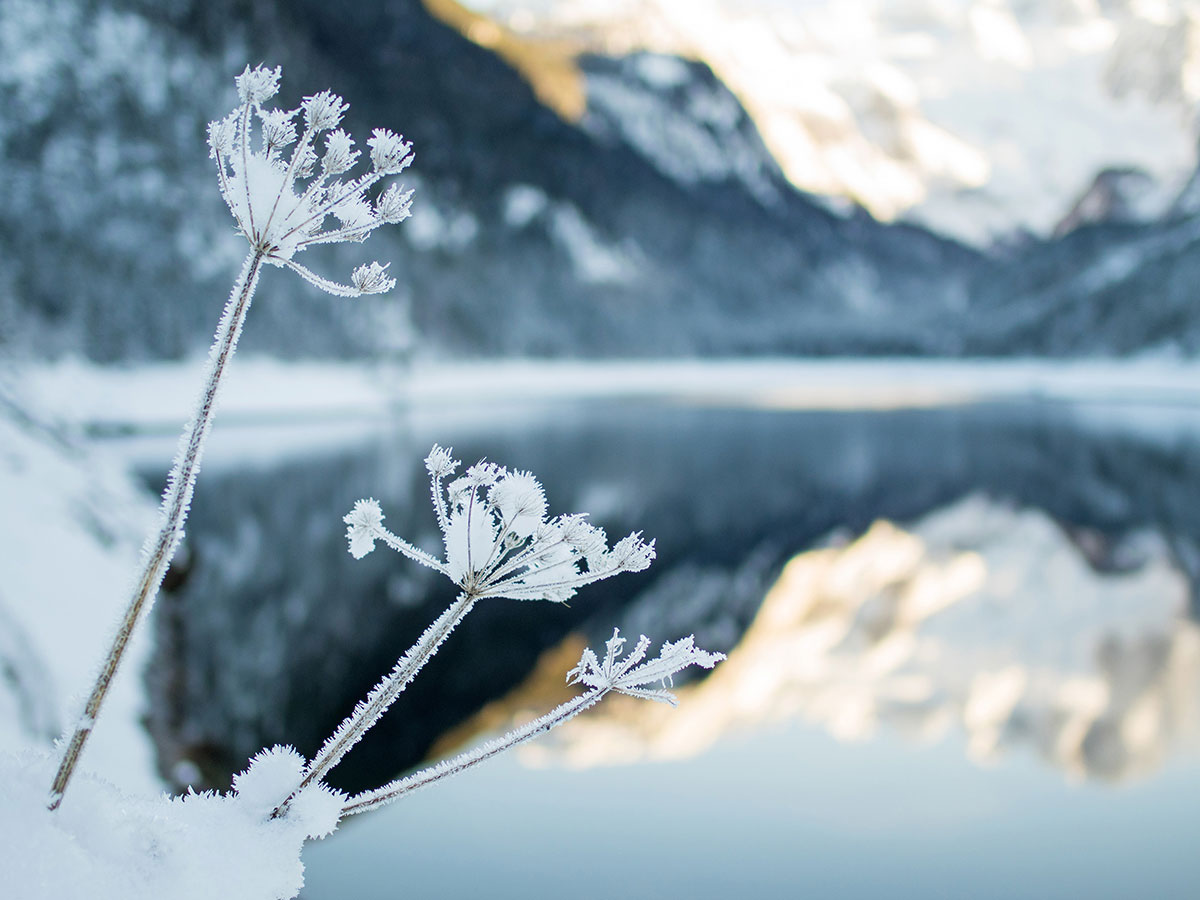 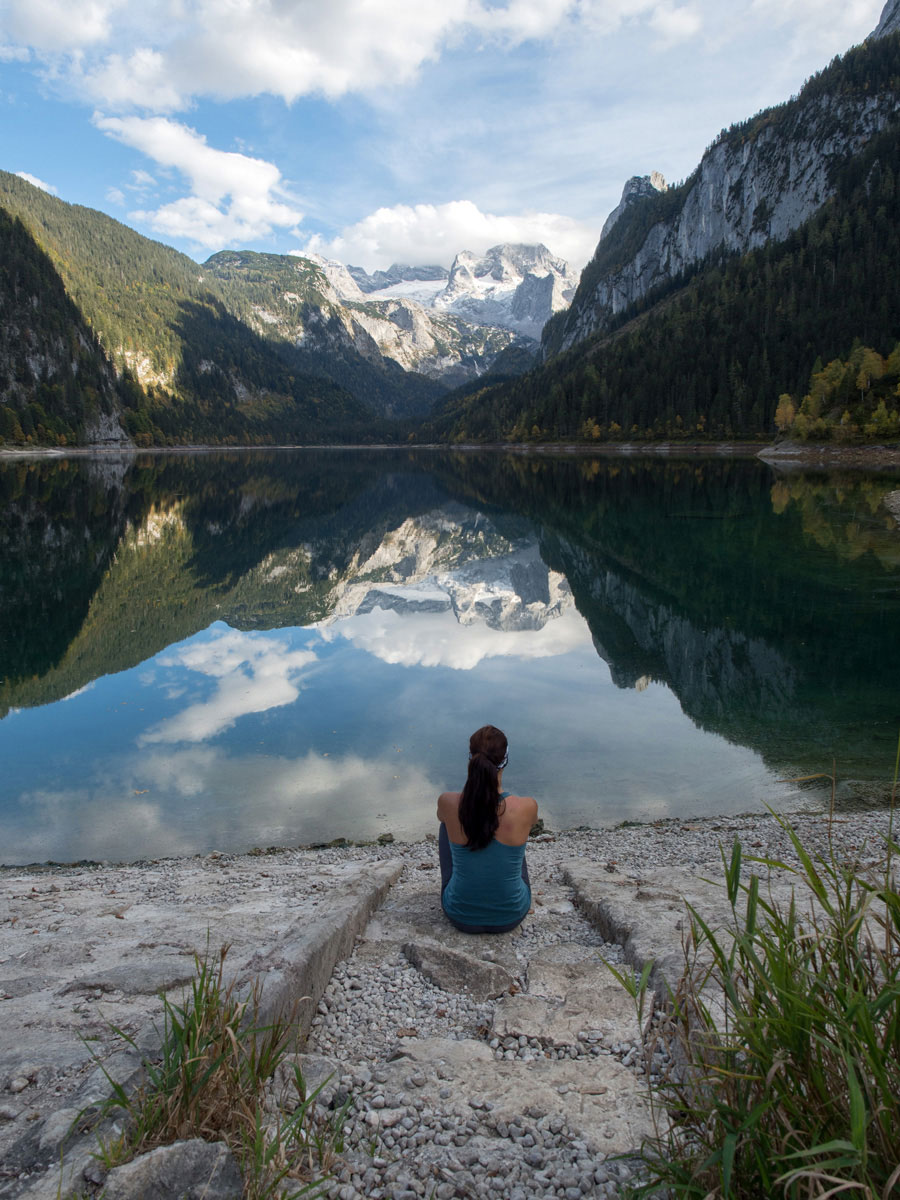 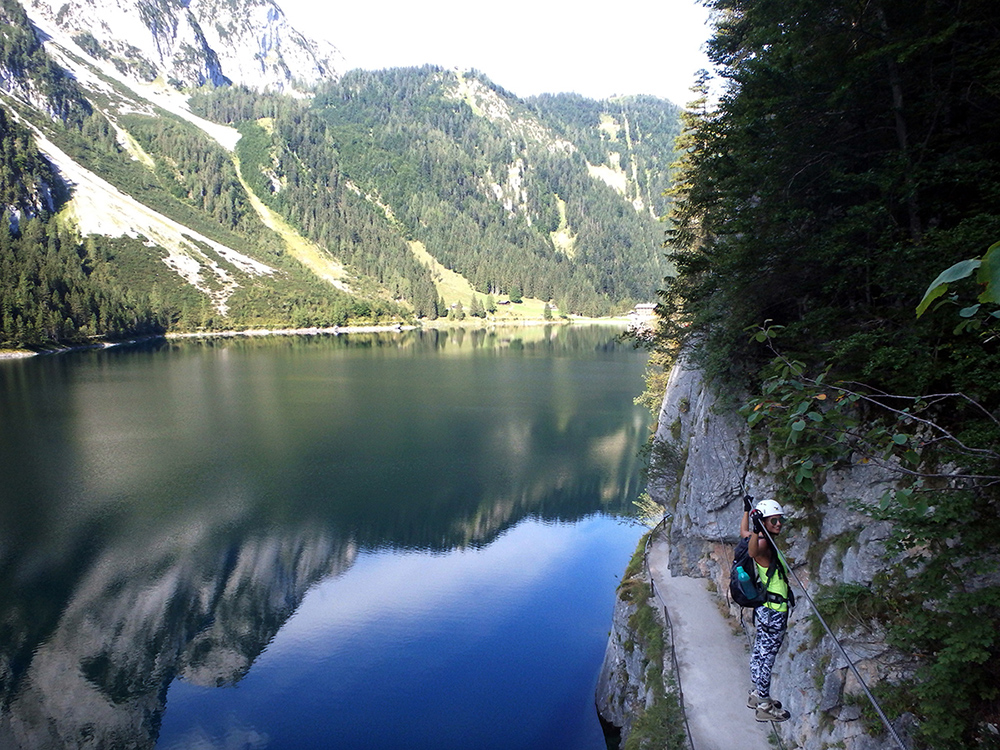 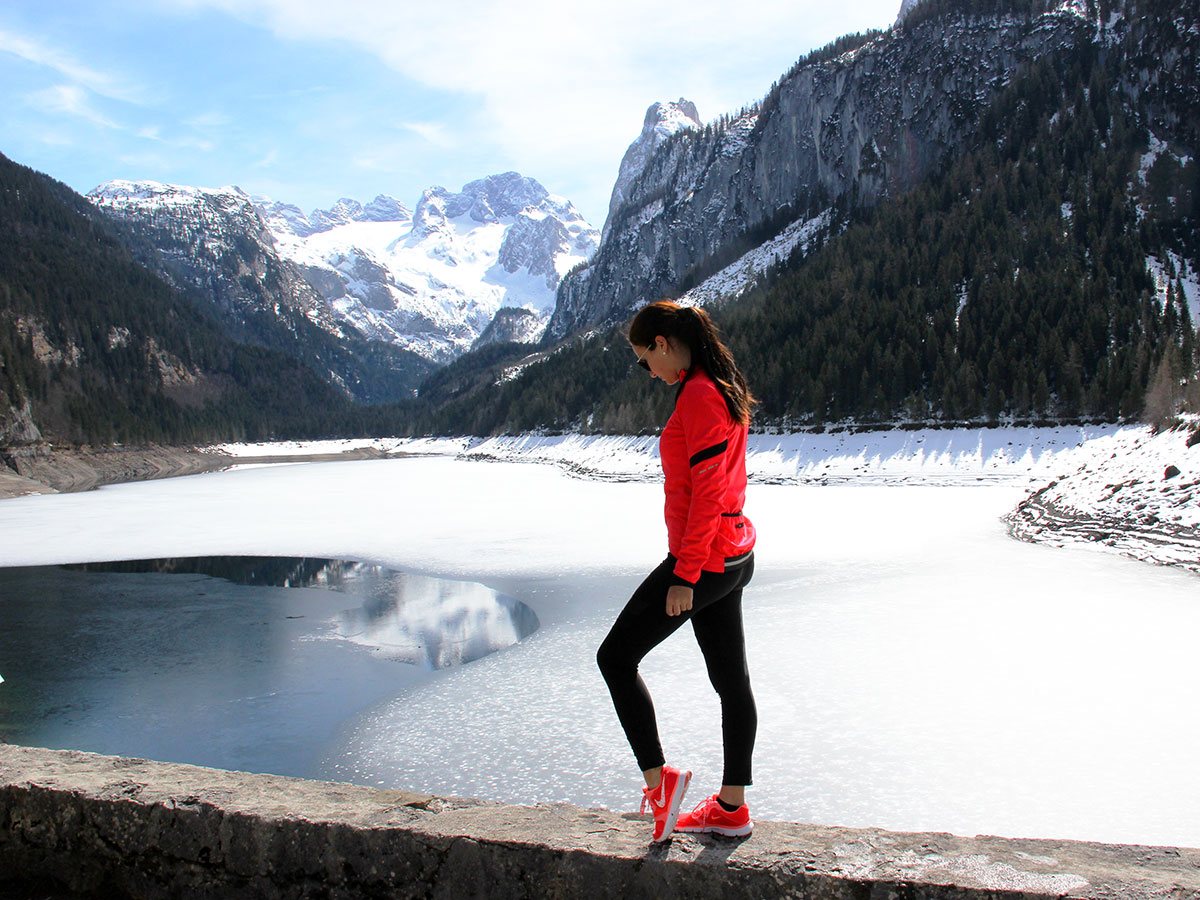 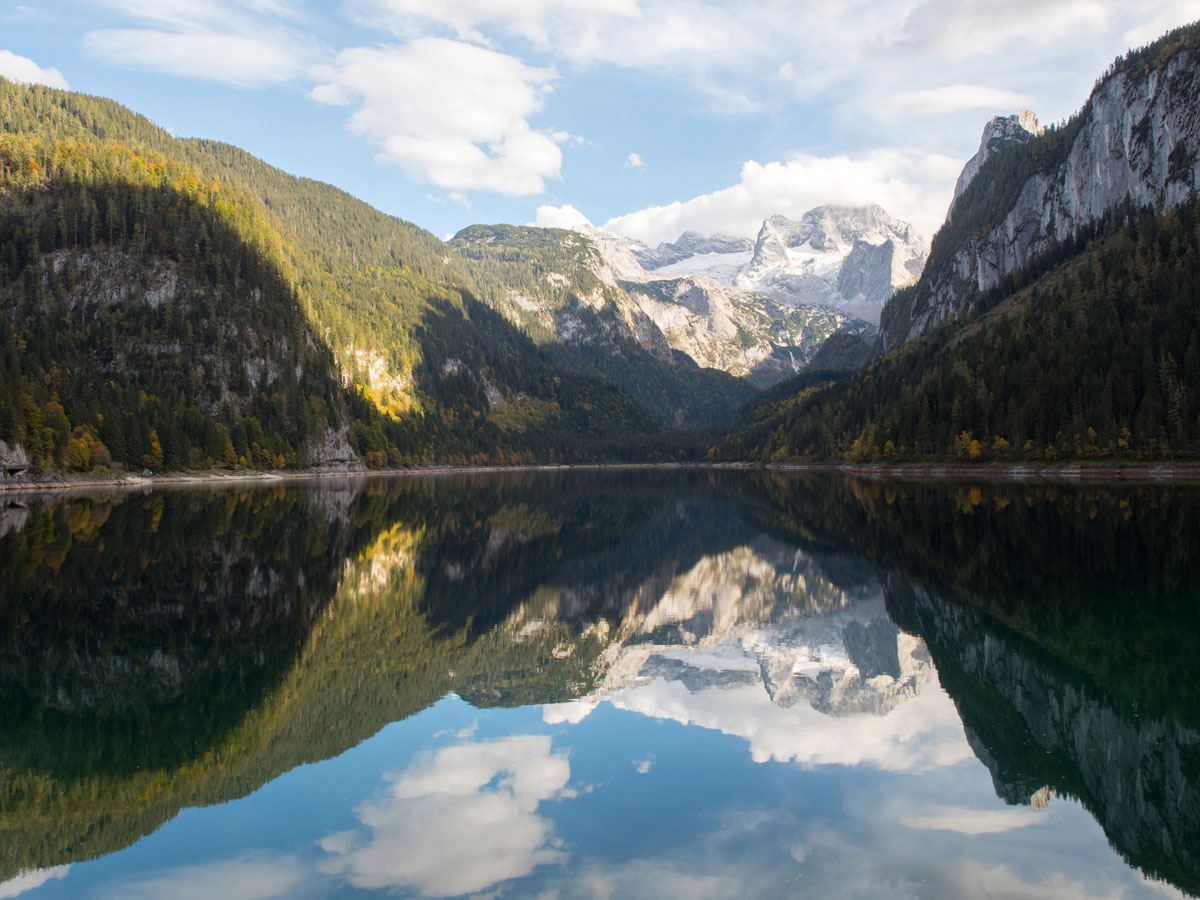 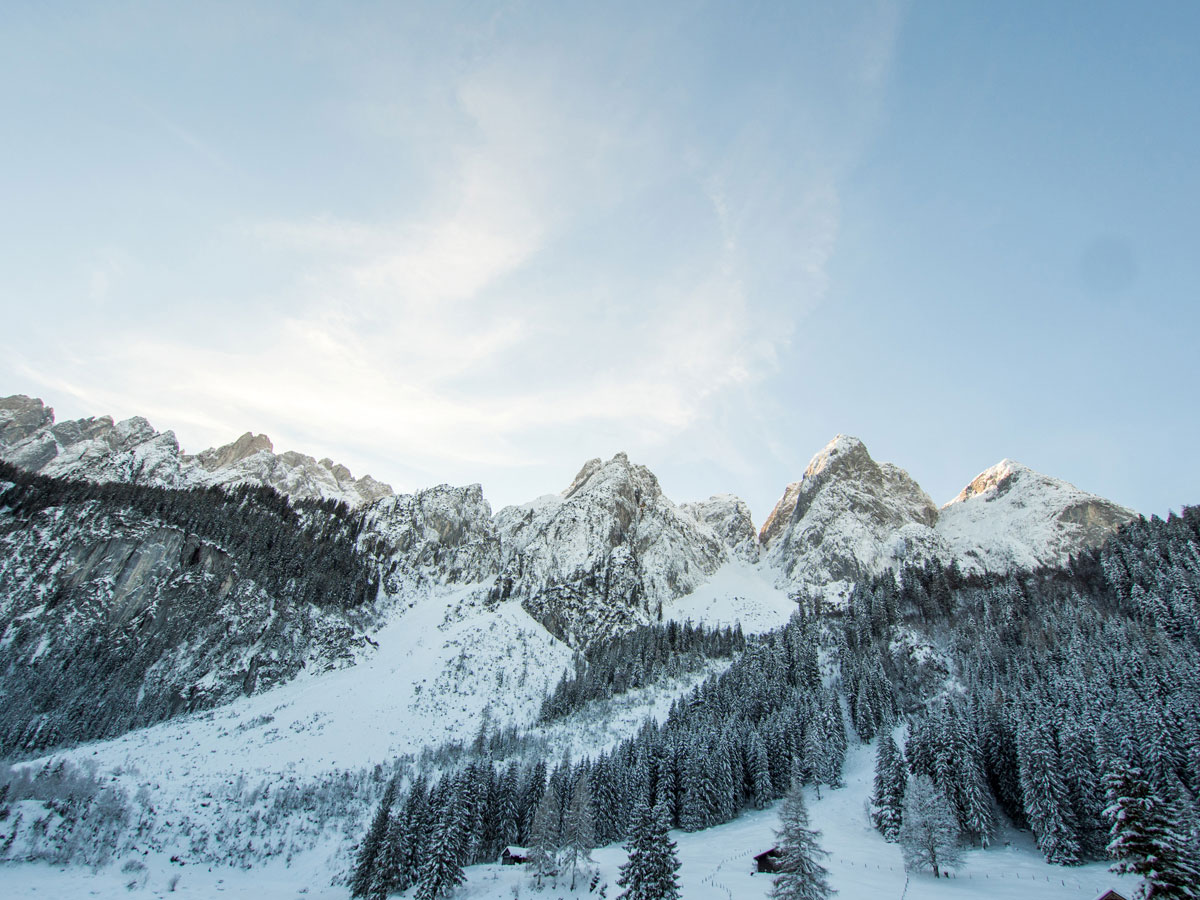 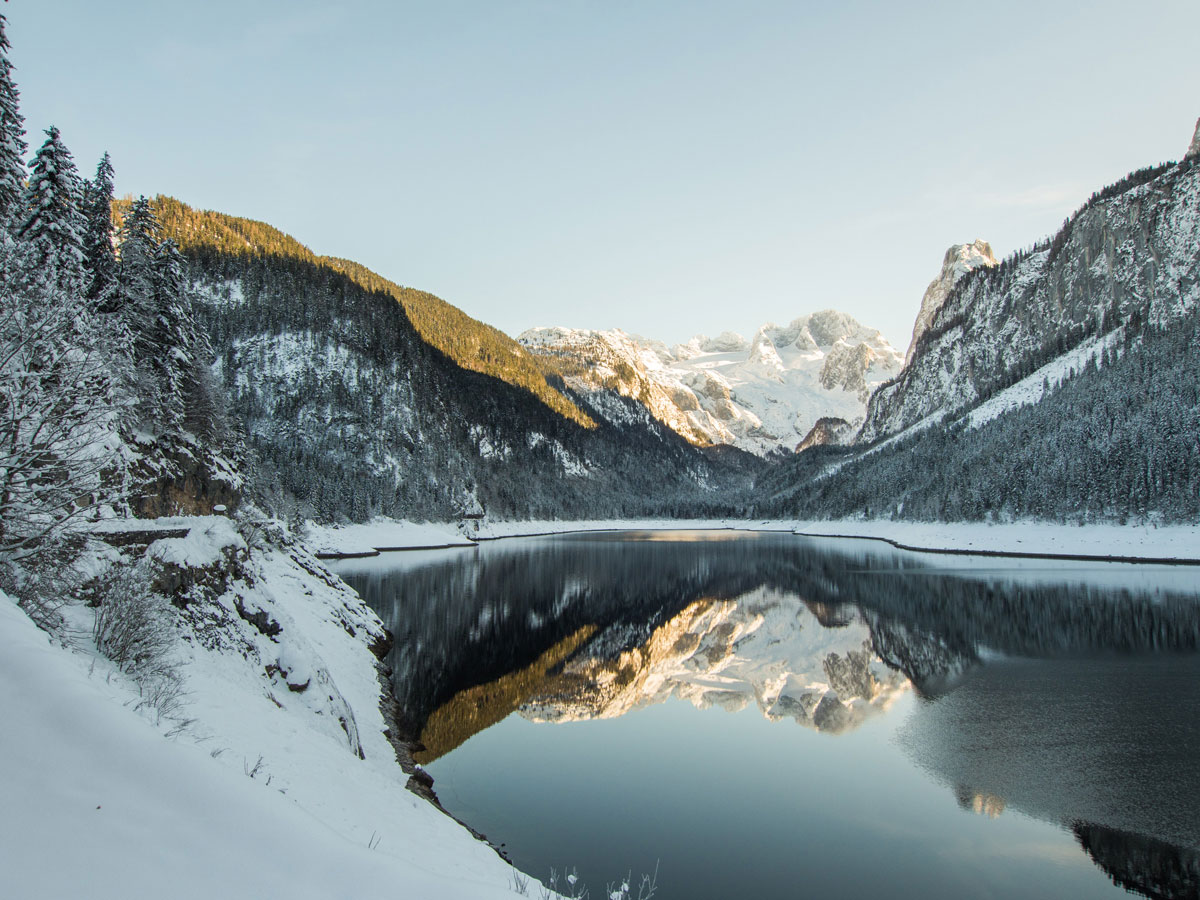 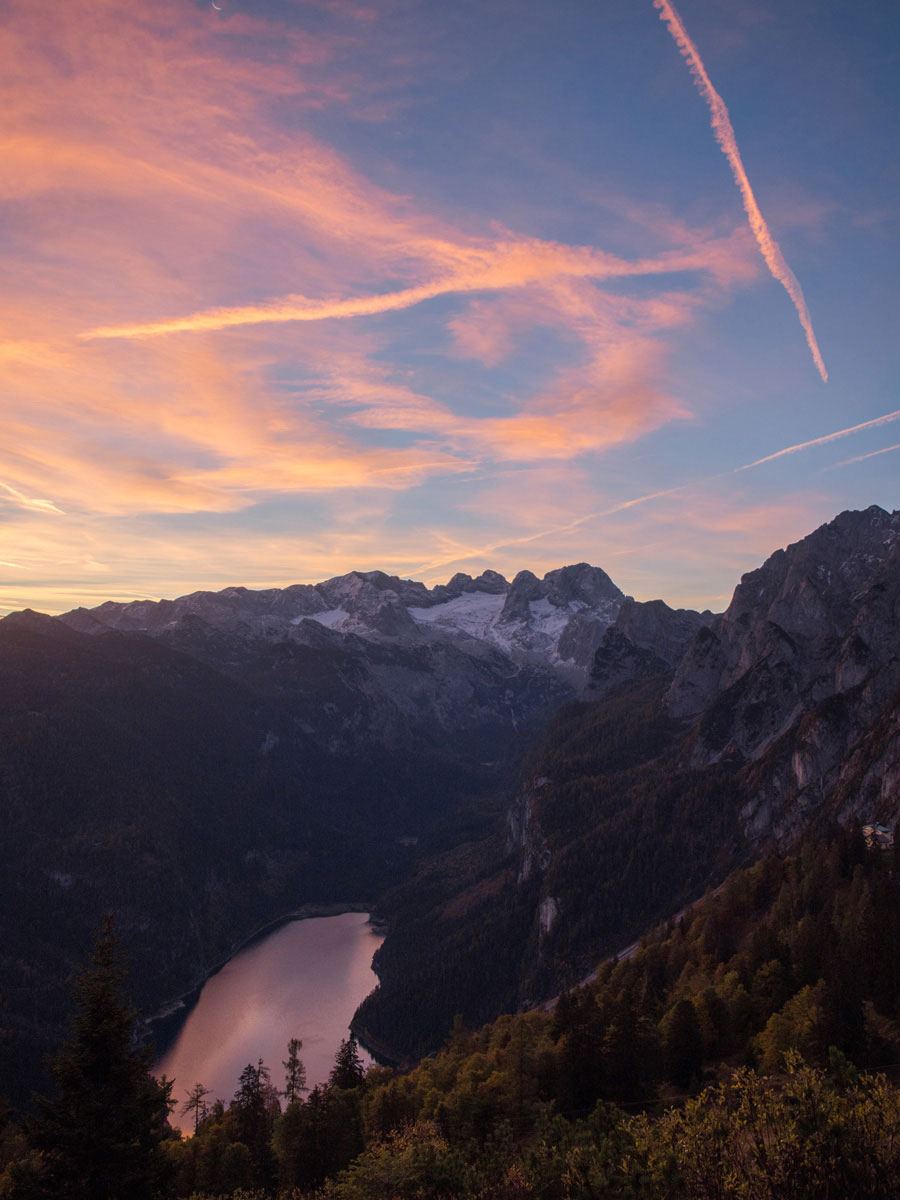 Walking at the Schiederweiher in Hinterstoder in Upper Austria

Travelling solo as a female – An ultimate guide