We had 3 full days in Melbourne, which we spent with sightseeing and shopping. The city is really beautiful, when arriving in the night we were really impressed, also on the next day when we explored the city. We bought a 5 dollar ticket for the sightseeing bus for a whole day which is really cheap and we took that bus for 1 1/2 hours. During our busdrive we were able to find some beautiful places in the city, which we visited by walking afterwards. There are a lot of nations living in melbourne, which is creating a really special flair.

We got off the bus at the botanical garden and walked to the southbank (next to the yarra river). On the way there we found a high building and as we wanted to see melbourne from the top, we went to the 88. floor of the eureka building where we had a stunning view over the beautiful city. 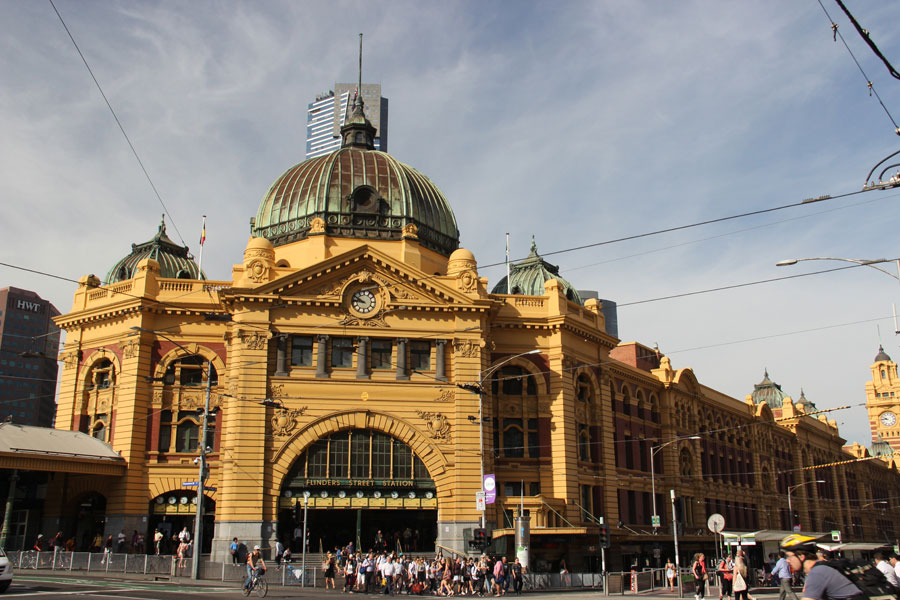 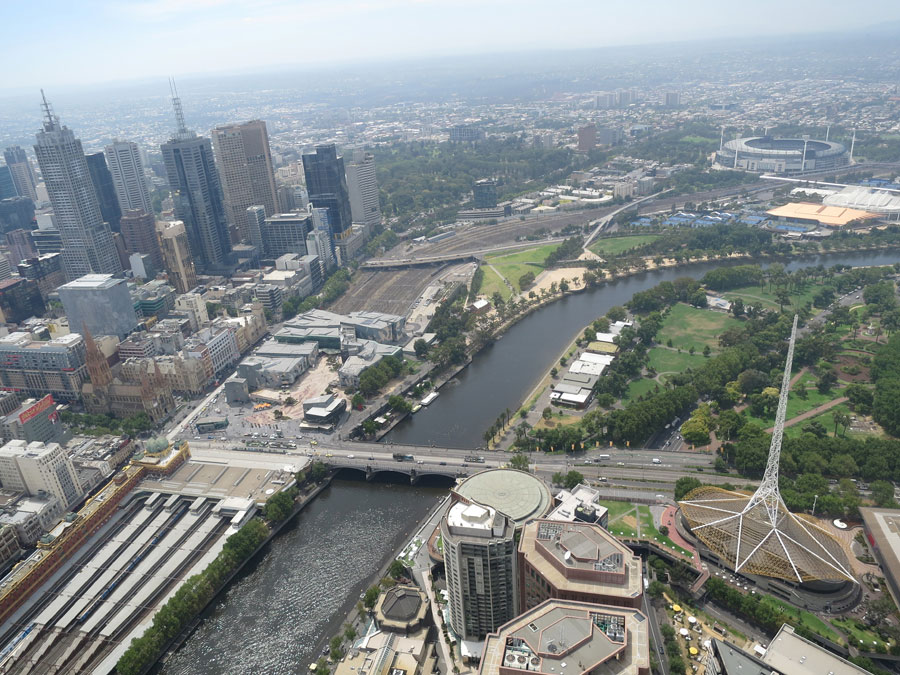 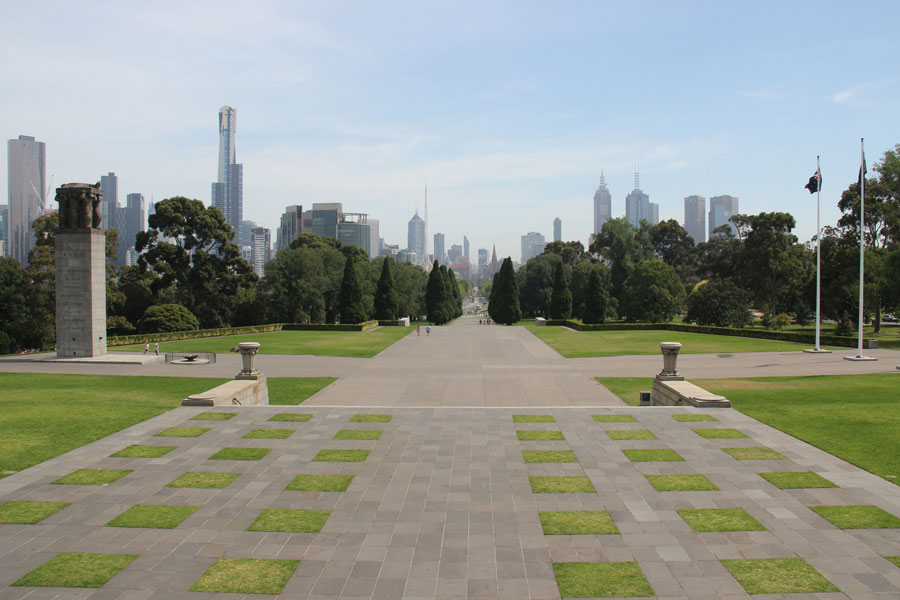 After reading about an icebar we absolutely had to go there – 16 degrees cold (in shorts and shirt). It was really funny and we had a good cocktail in there. 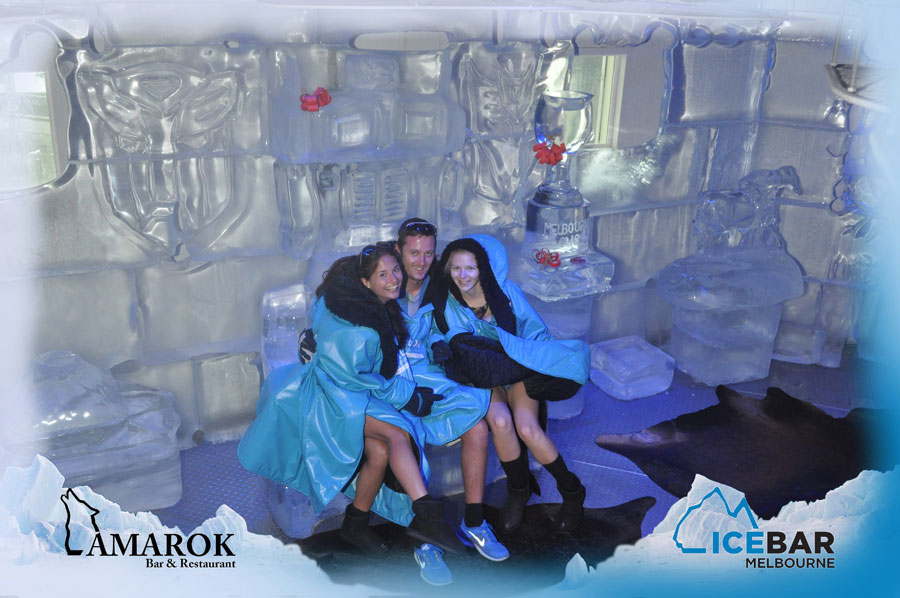 After all that we wanted to go shopping, but we could only find shops that were out of our budget, so we were giving up, going to queen victoria market instead. On wednesday there is nightshopping, that means the market opens at 5 pm. The queen victoria market was funny to see, you can get some food from all over the world, vintage-clothes and music is playing. 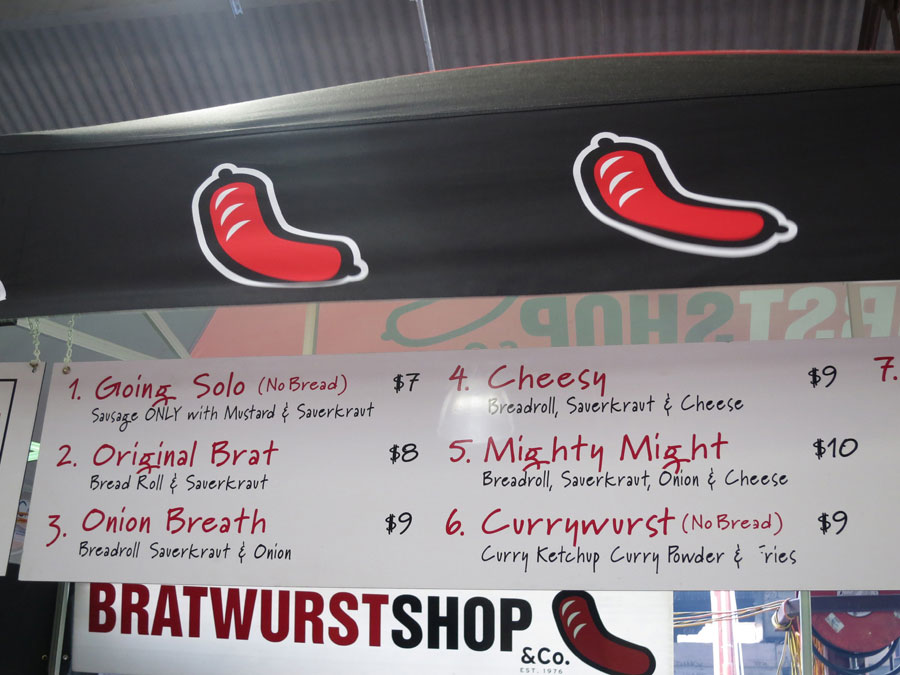 On our second day in Melbourne we were motivated doing some sightseeing, but it was cold and cloudy in the morning, so we decided to ask in the hotel where we can find some cheaper shops (than the one the day before). She told us to go to the dfo outlet center, so we went there.

With some bags full of clothes we started our sightseeing and went to the park next to the cricket stadion, where you have a nice view at the skyline of the city. 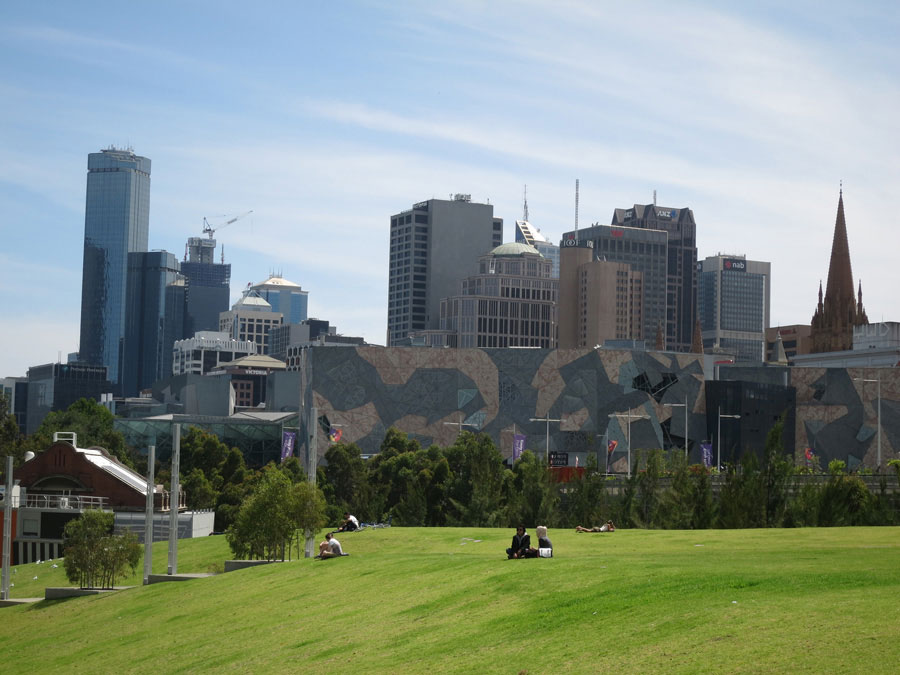 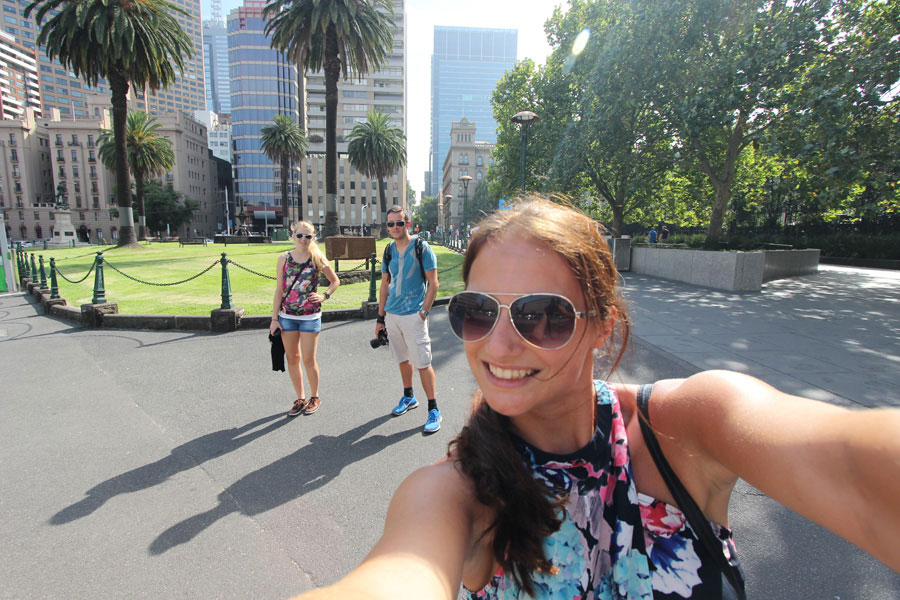 Afterwards we went to Brighton Beach, which is so cute with its beachhouses and all the kitesurfers. The weather was way too cold to take a bath, so we just went up and down the beach. After that we went to St. Kilda, where you can find a lot restaurants and bars and which is for young people. 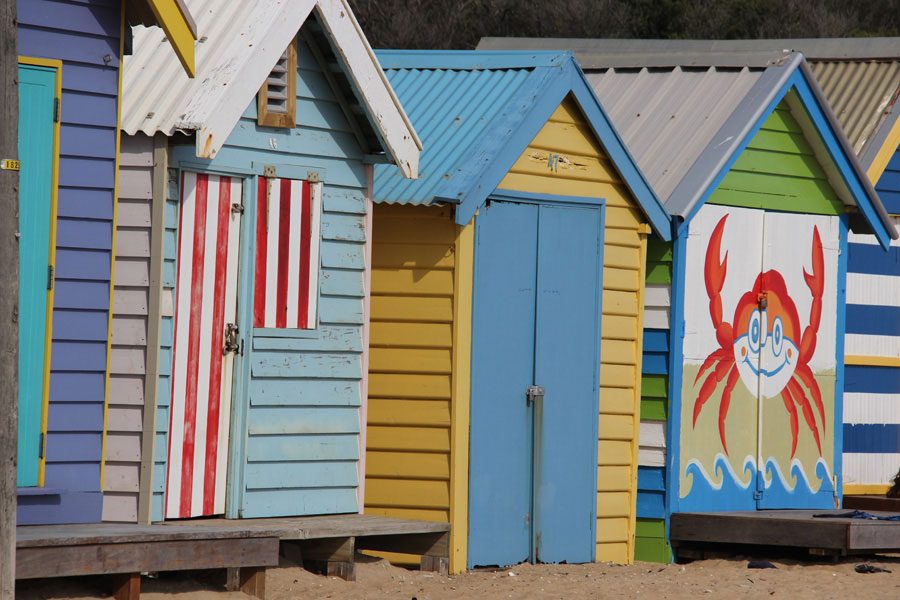 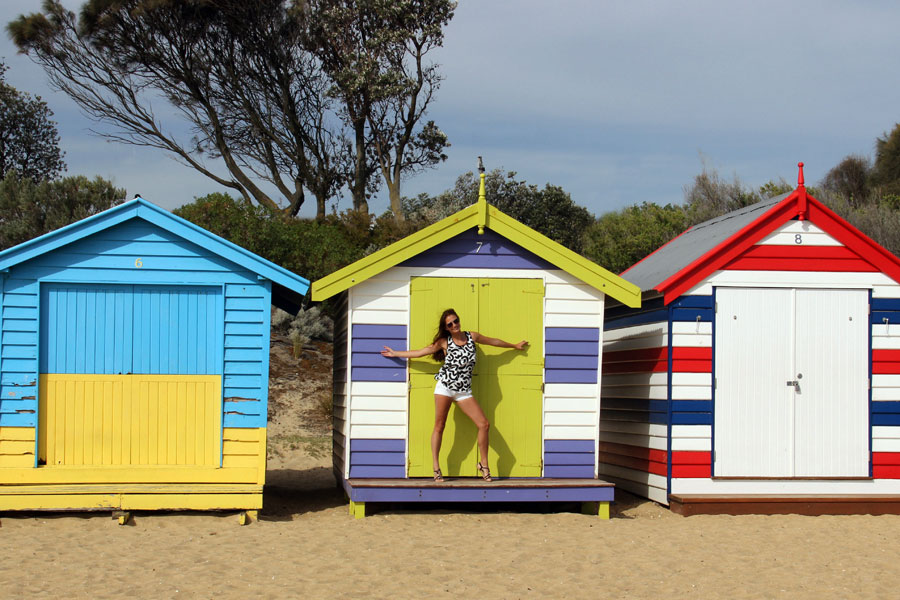 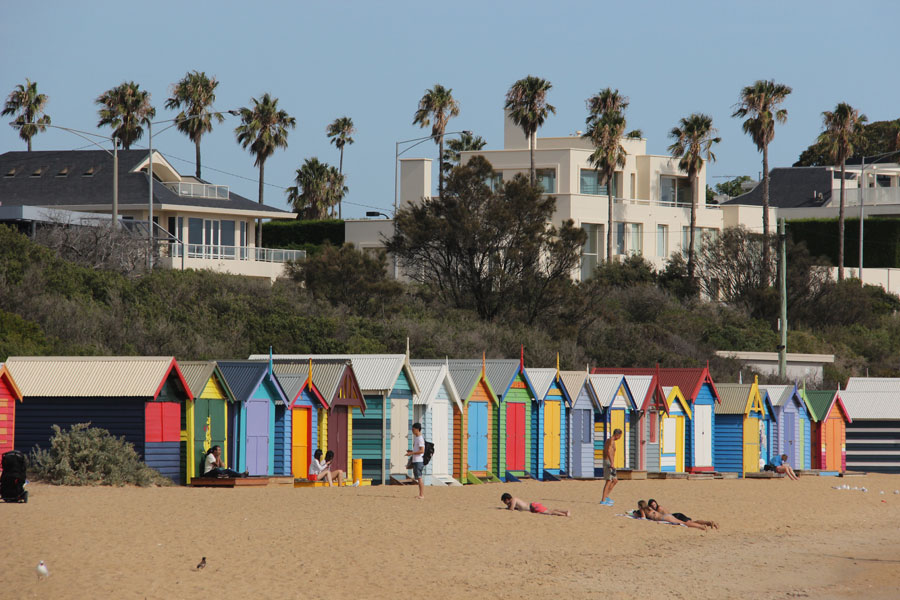 Graffiti and Melbourne in the night 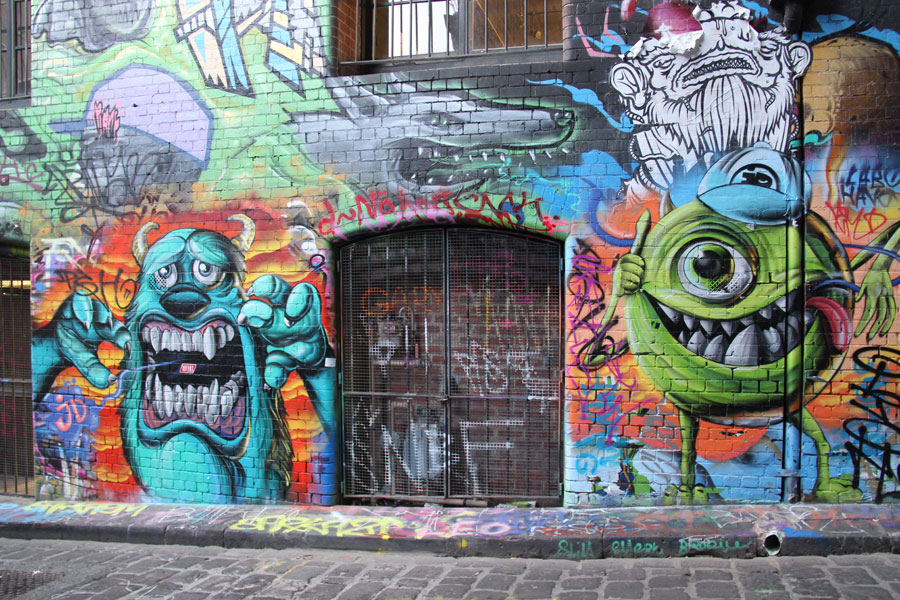 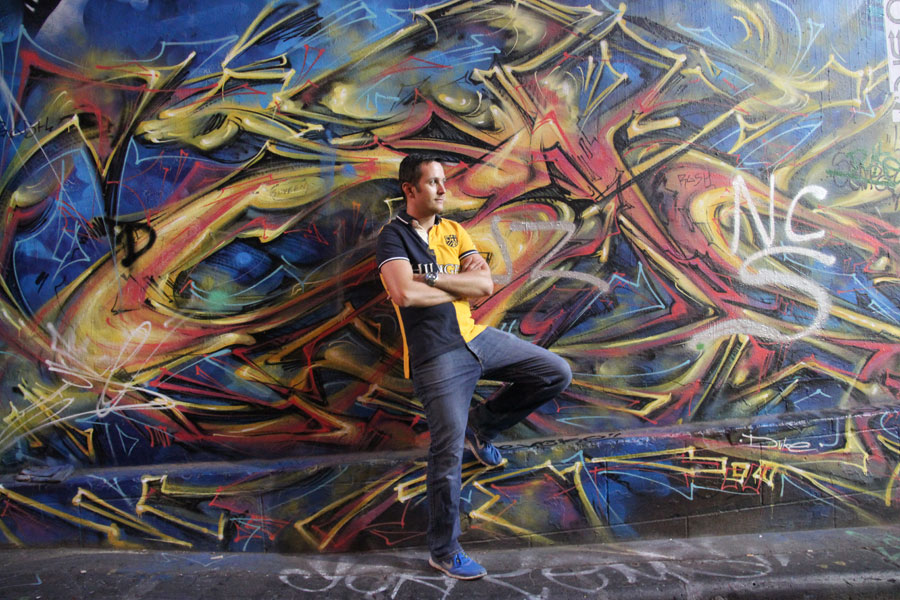 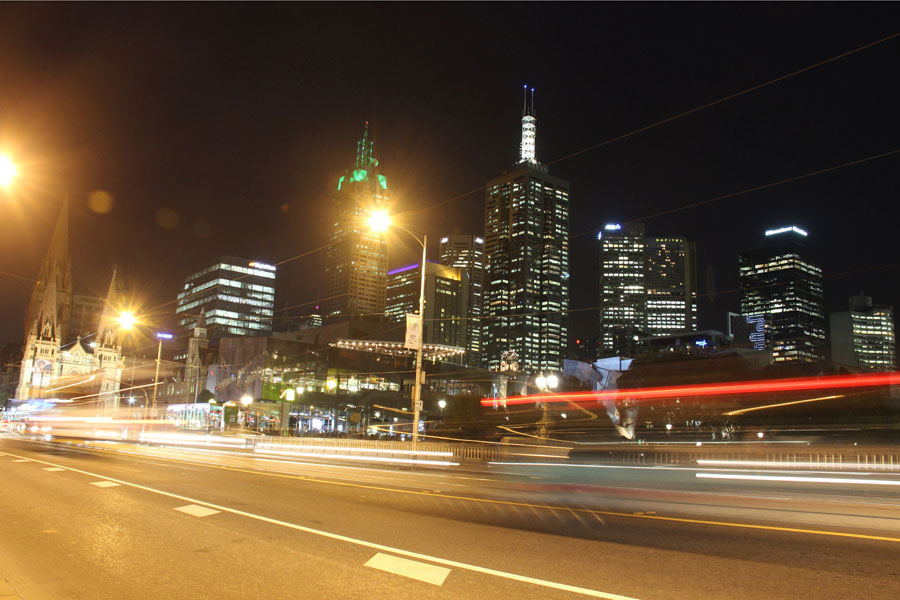