The last stop of our China-Tour was Beijing in January, where we spent 4 full days. I think that you need around 4 days to see everything important (including the great wall – you can find the blogpost here). The sights in beijing are beautiful and interesting, but i didn’t like the city itself, maybe because you can’t find any city centre and i just couldn’t find the flair i’m loving in cities. Anyway, there’s a lot to see:

It’s the biggest square of the world and on the one end of the square there’s the Gate of Heavenly Peace with the portrait of Mao and the forbidden city. You can also find the Mausoleum on the square, where you can see the conserved body of Mao (which we didn’t do, but anyway) 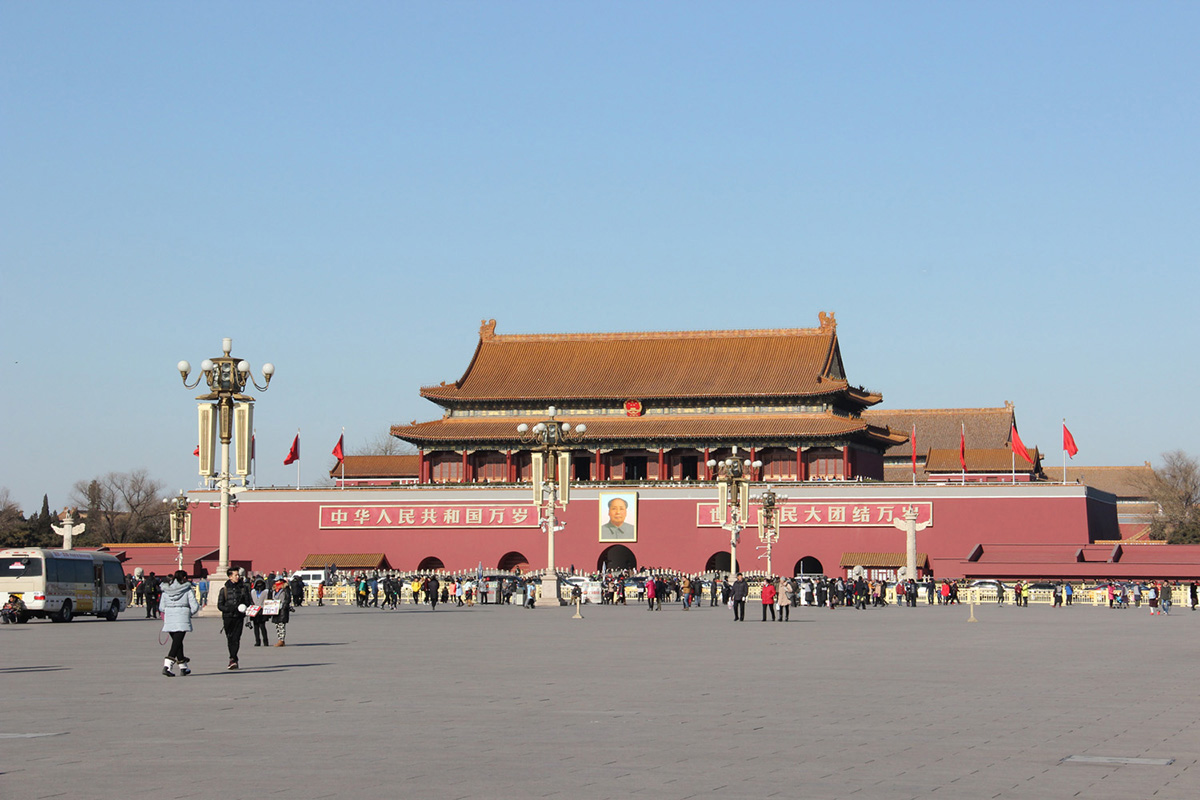 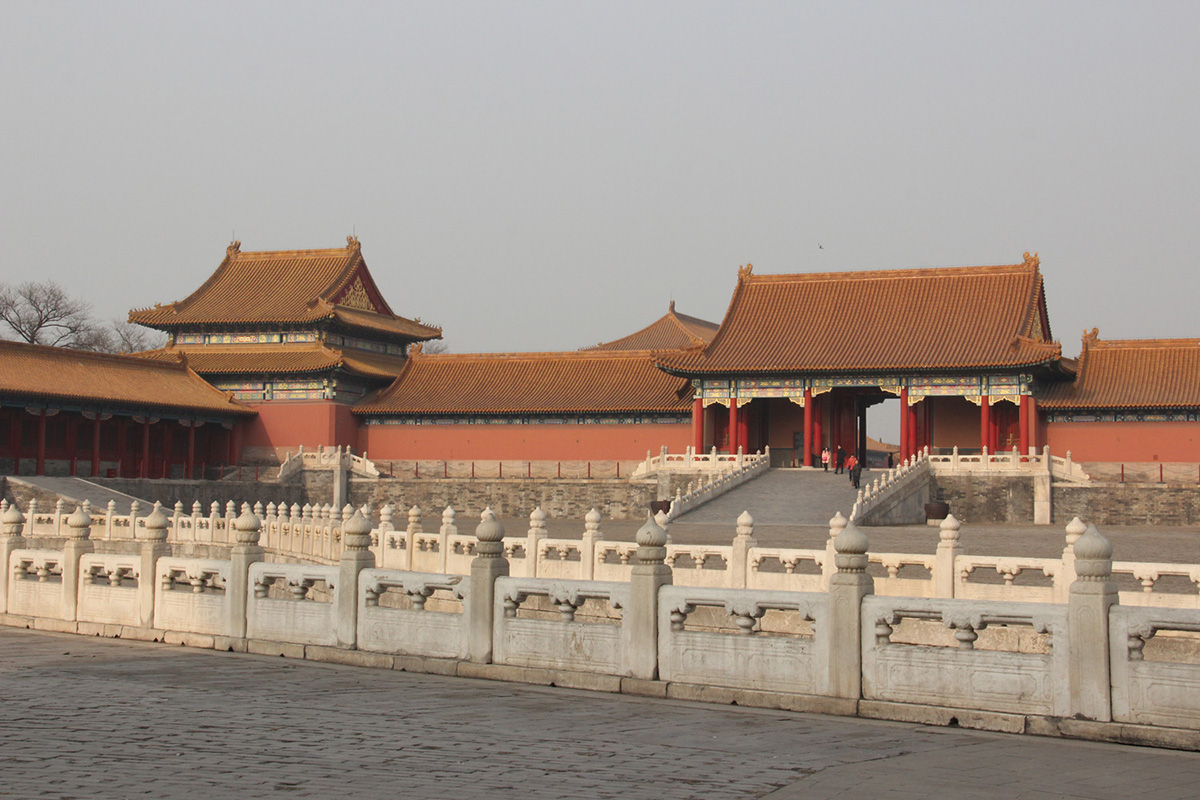 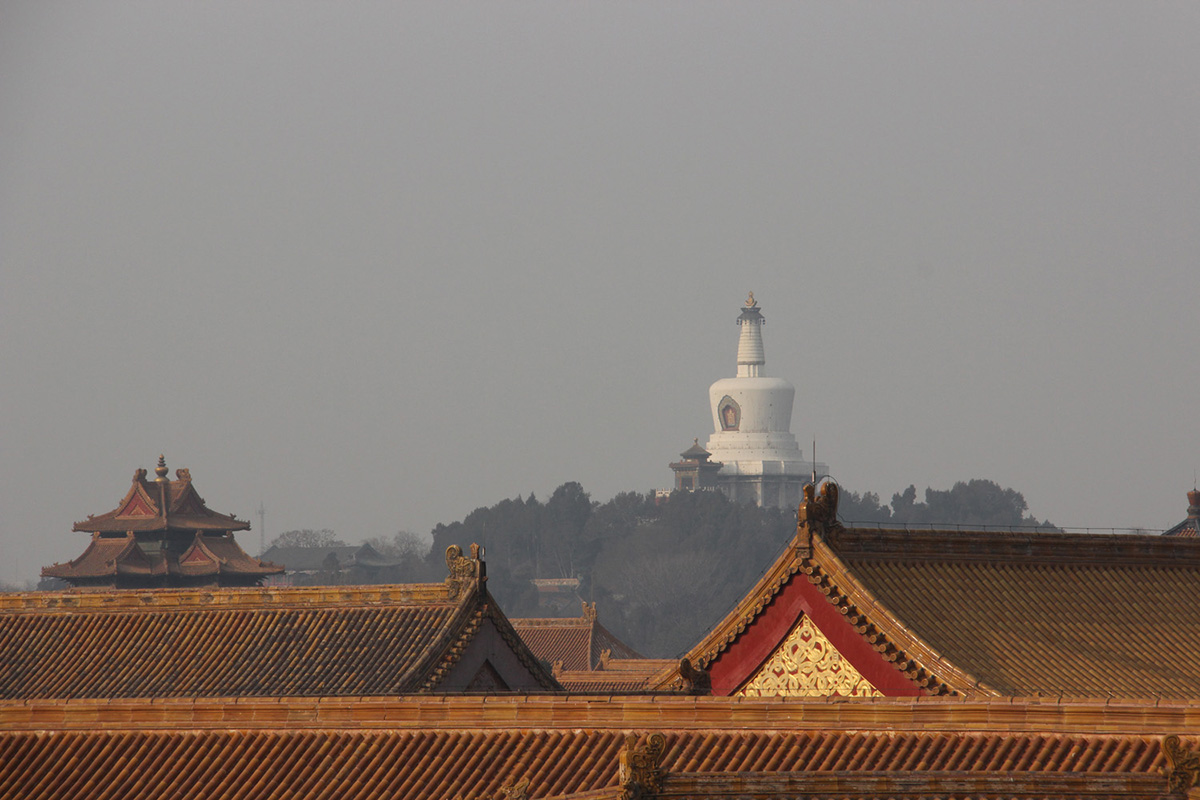 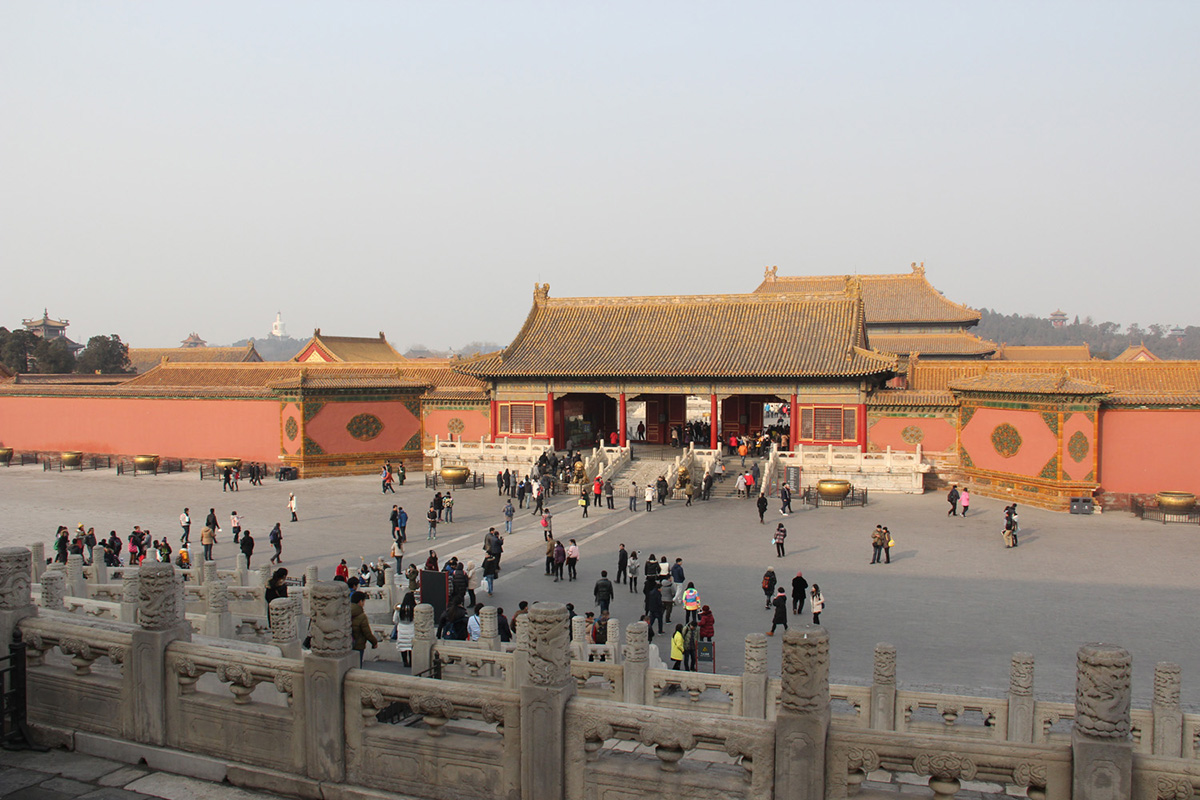 The summerpalace was my highlight in beijing. It’s a big park with a lot of chinese buildings, e.g. Gaoliang-bridge, the temple, the marble boat and a walkway with some pavilions. In the winter the lake is frozen, which is really beautiful and you can go for some iceskating there (Fee 20RMB) 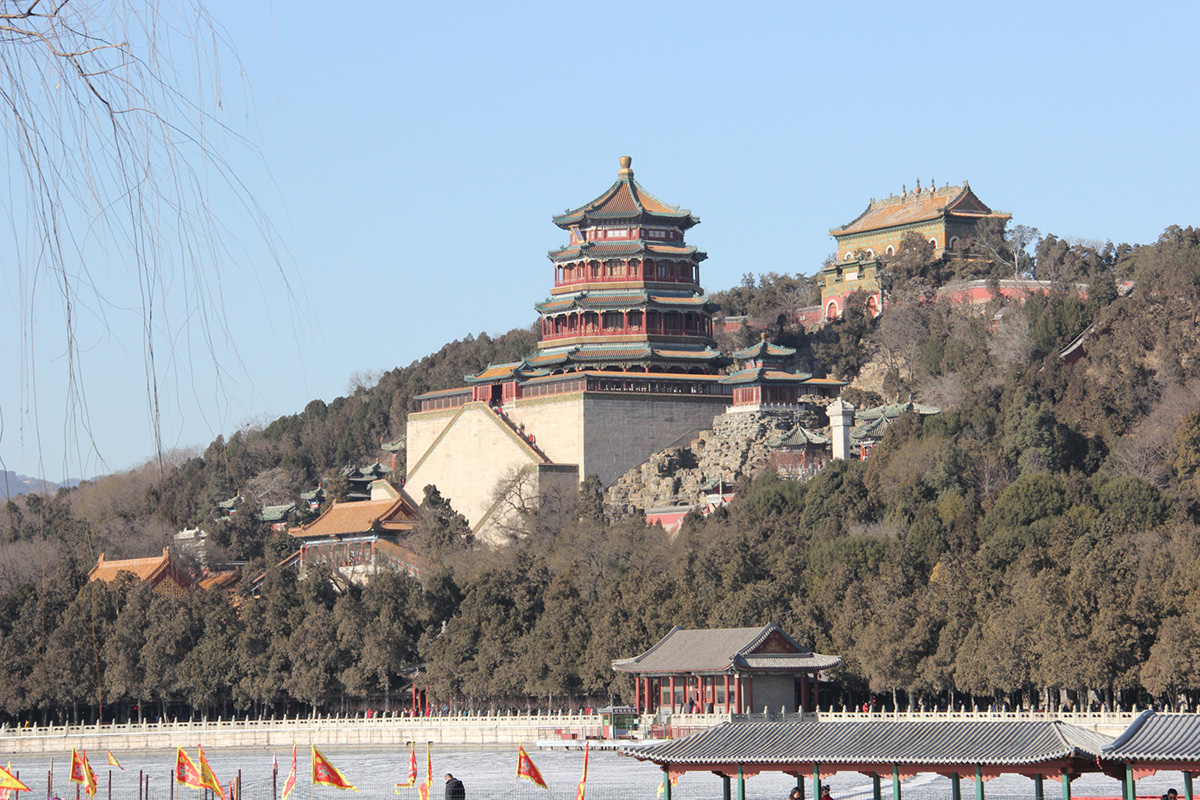 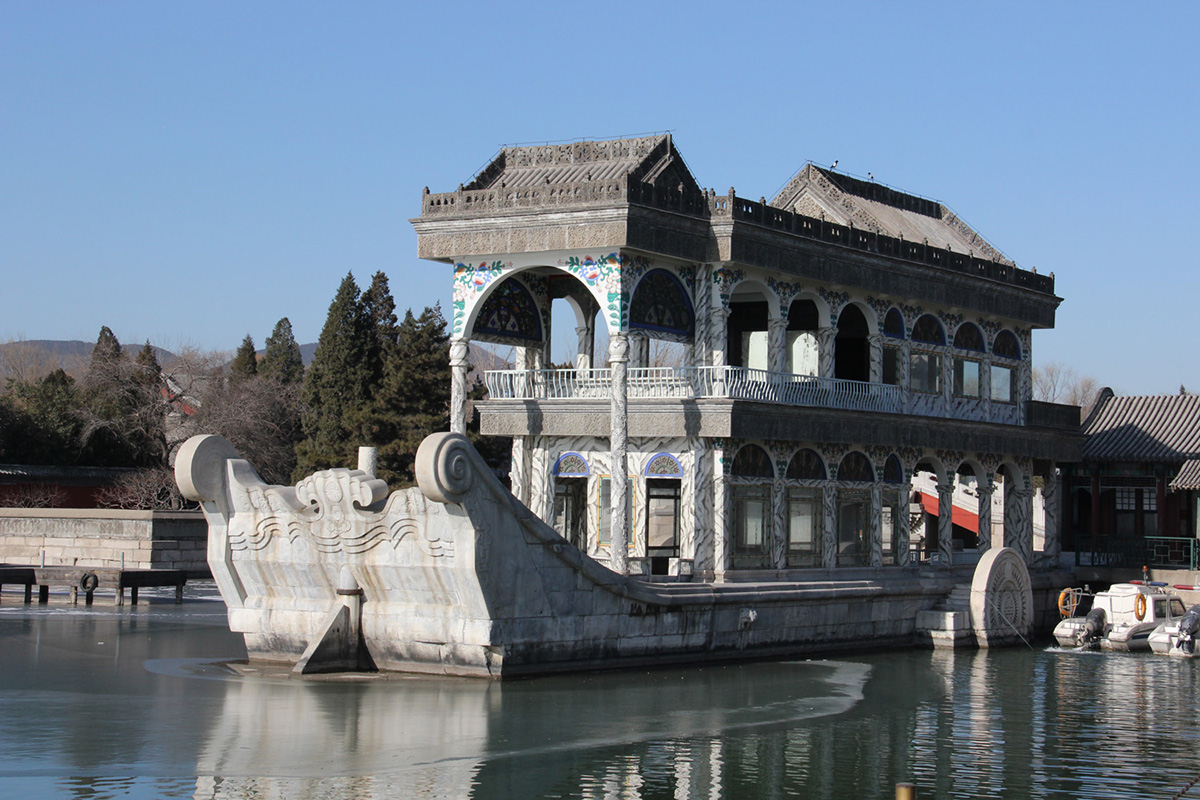 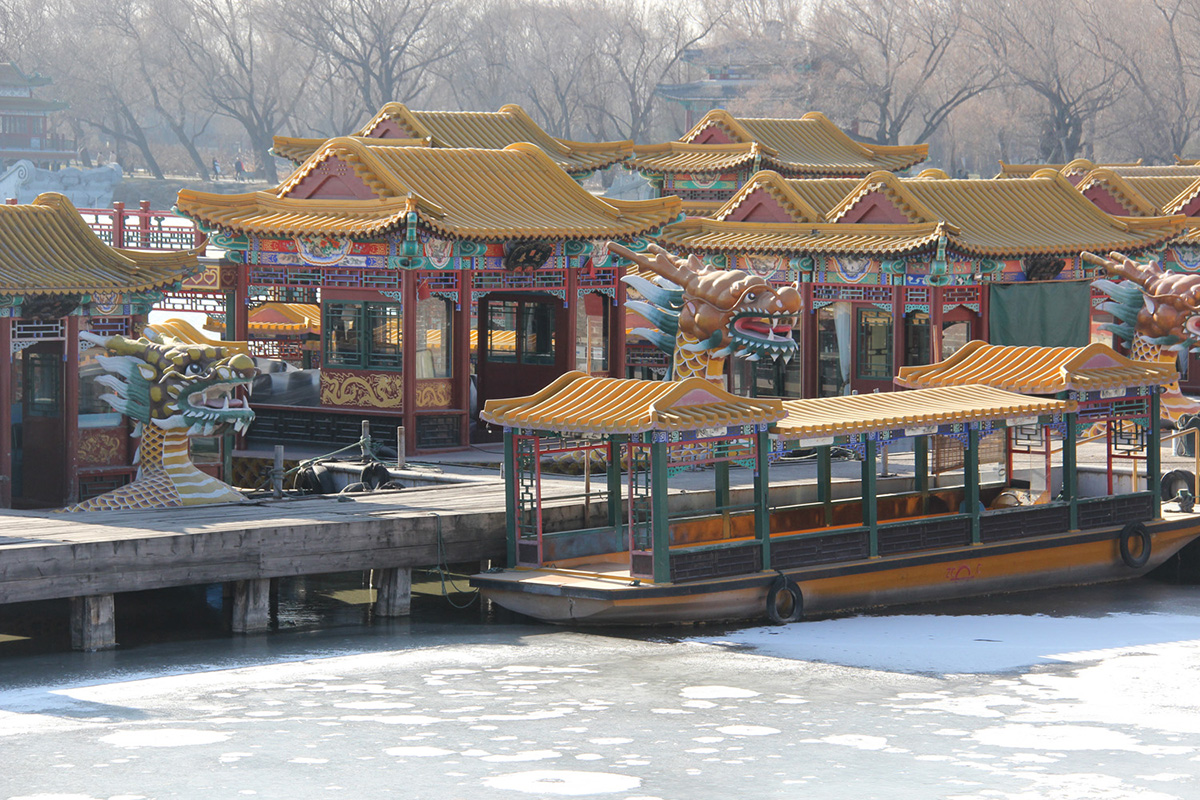 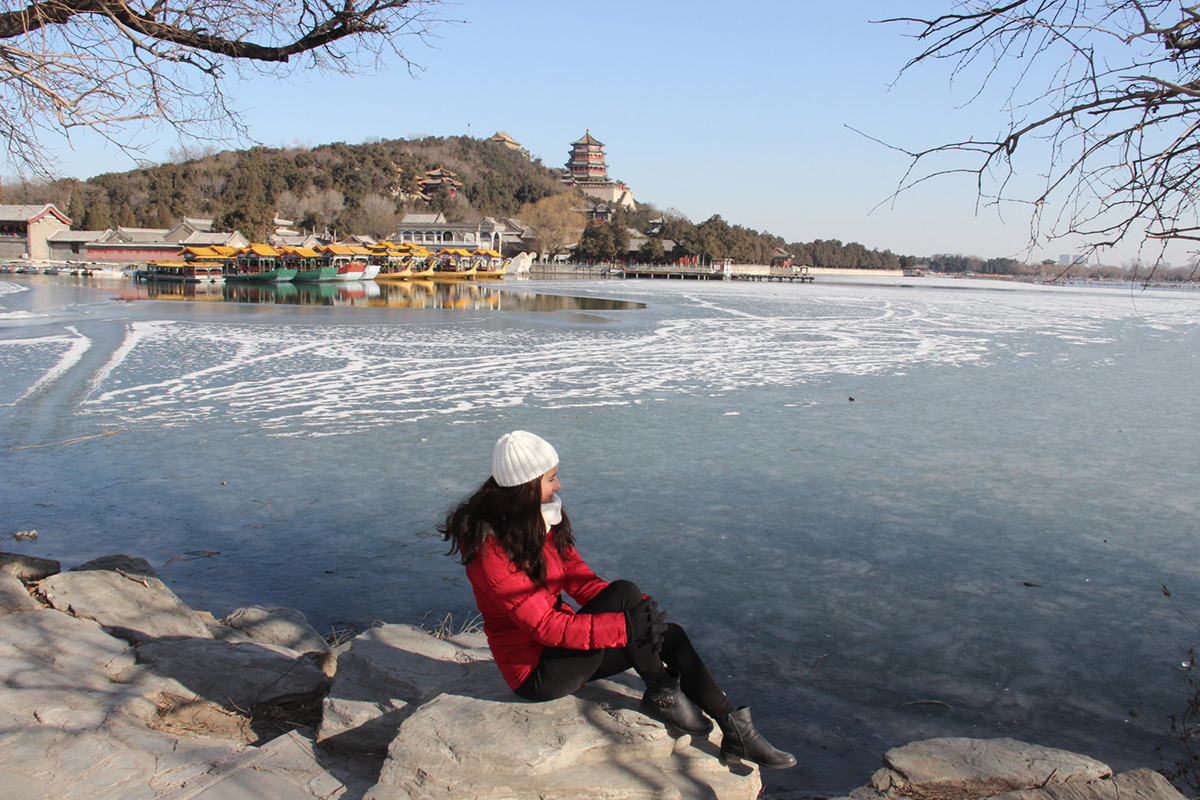 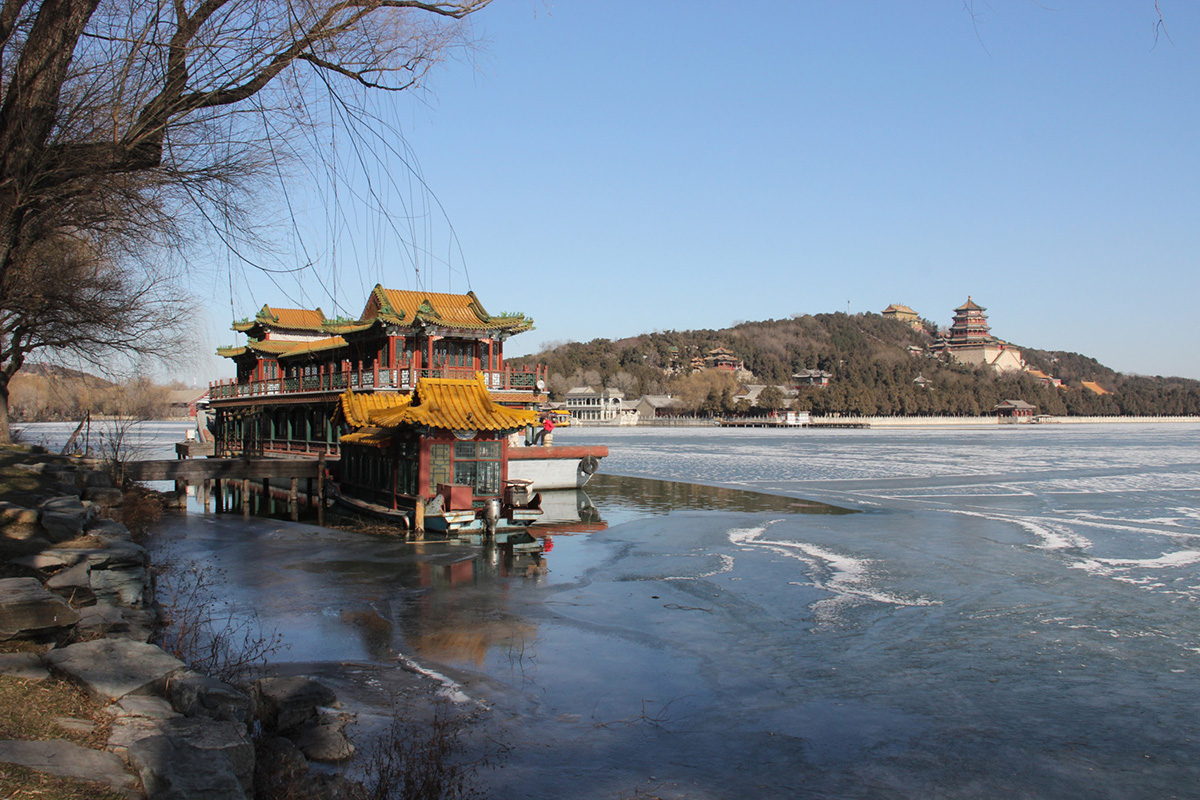 Every year the emporer went there to pray for a good harvest. You can find the temple in the Tiantan park, where chinese meet for dancing, singing and chatting. You have to pay for the park and for the temple (both 20 RMB) 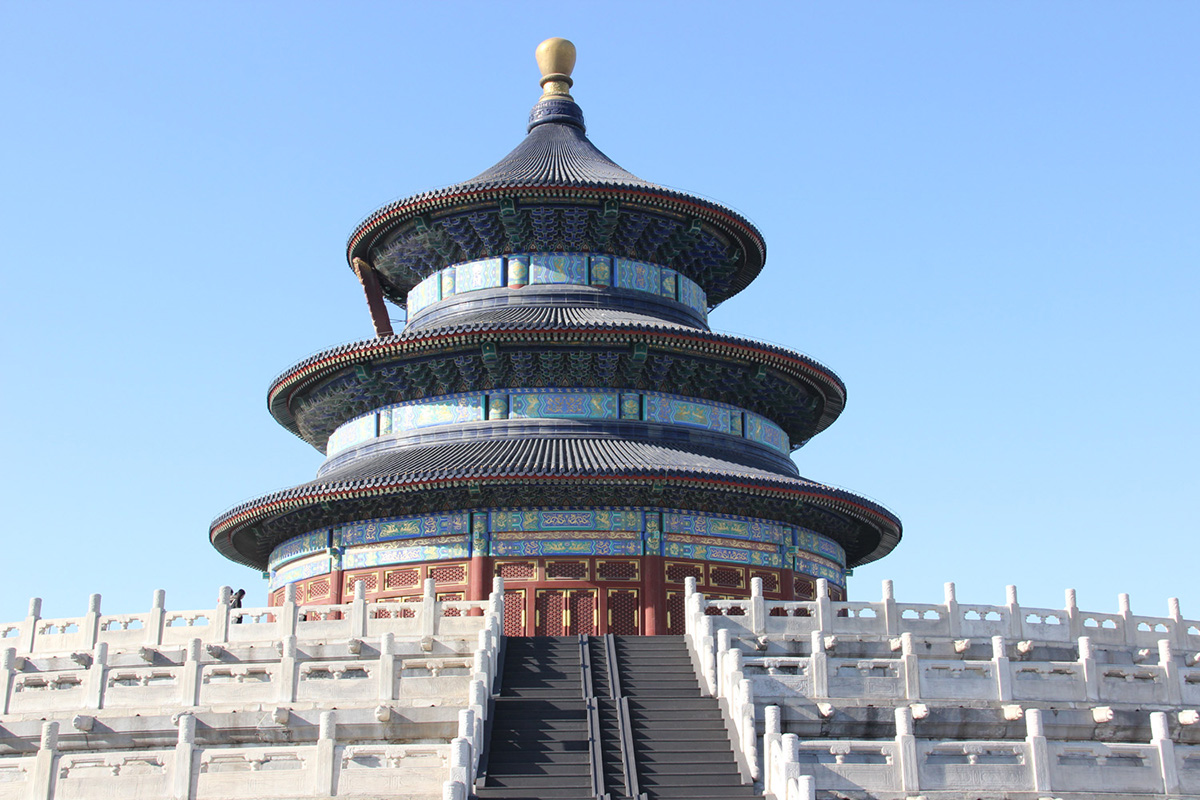 After having seen a lot temples, we were not sure if we want to see the lama temple as well, but it was worth it! There are a lot of halls where the believers can pray to the different buddhas. In one of the halls you can find a 18m-tall statue of Buddha Maitreya, which was made out of one tree. (Fee 20 RMB) 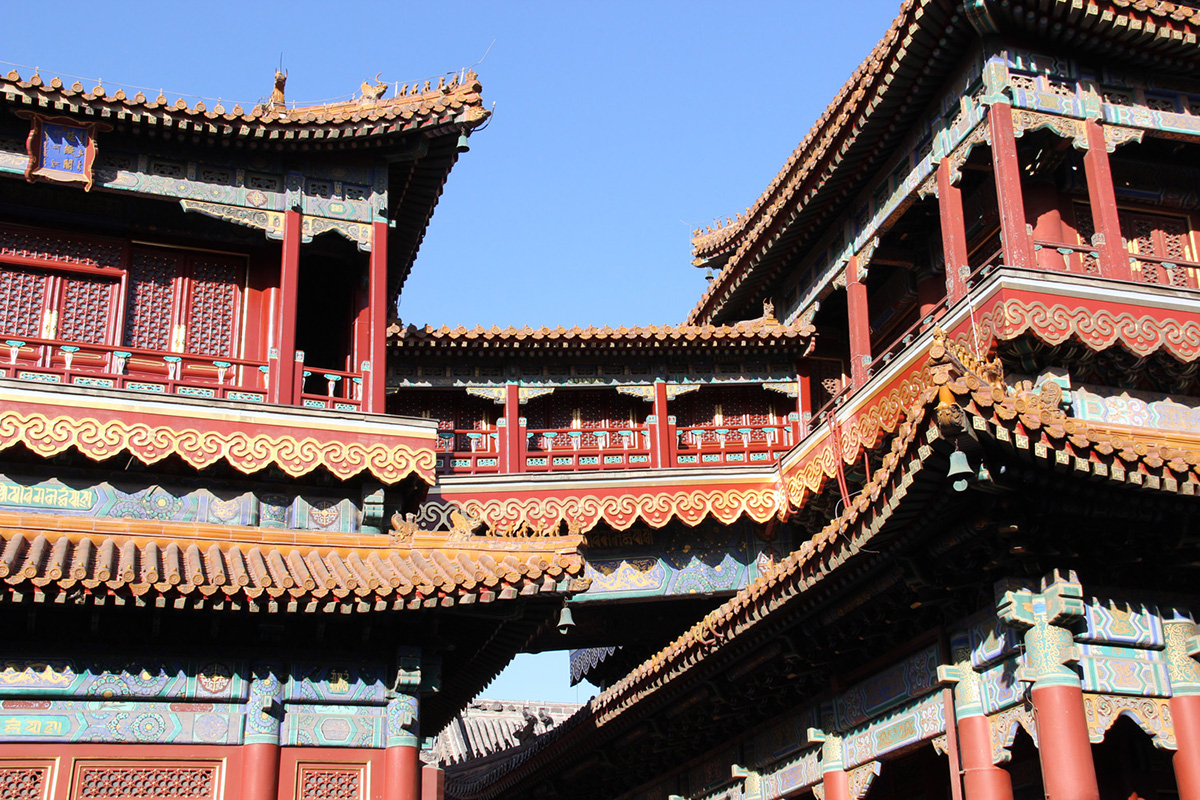 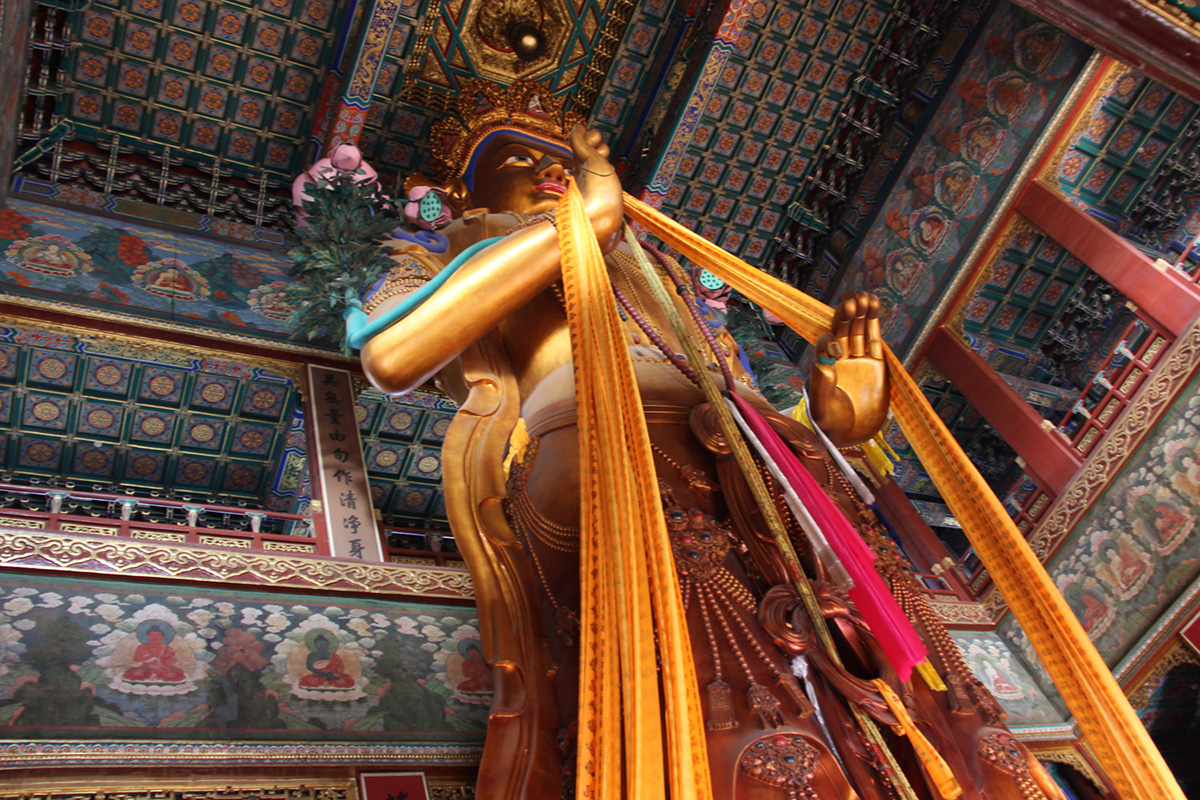 I love the chinese parks, they’re so beautiful with lakes, temples, chinese buildings and the chinese dancing, singing and so on. In the beihai park you can find some beautiful pavilions on the north side and in the middle of the park the white pagoda. (Fee around 2 and 5 RMB) 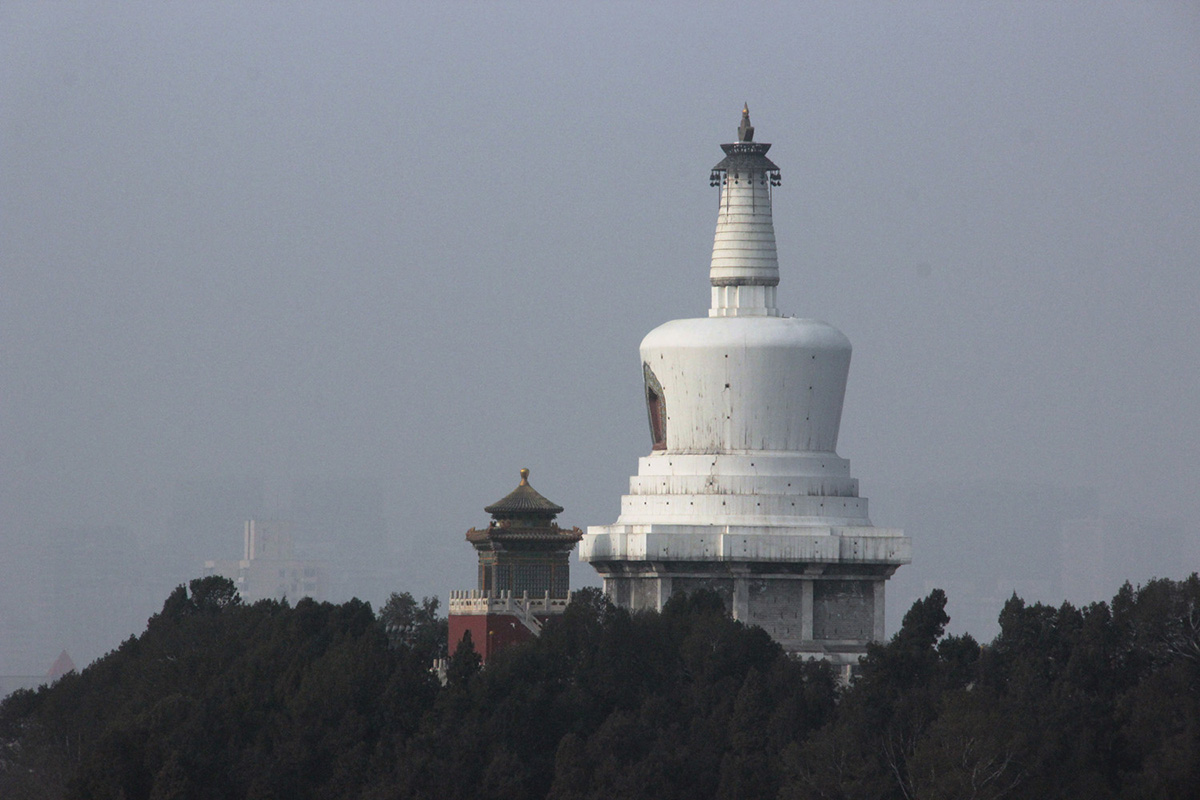 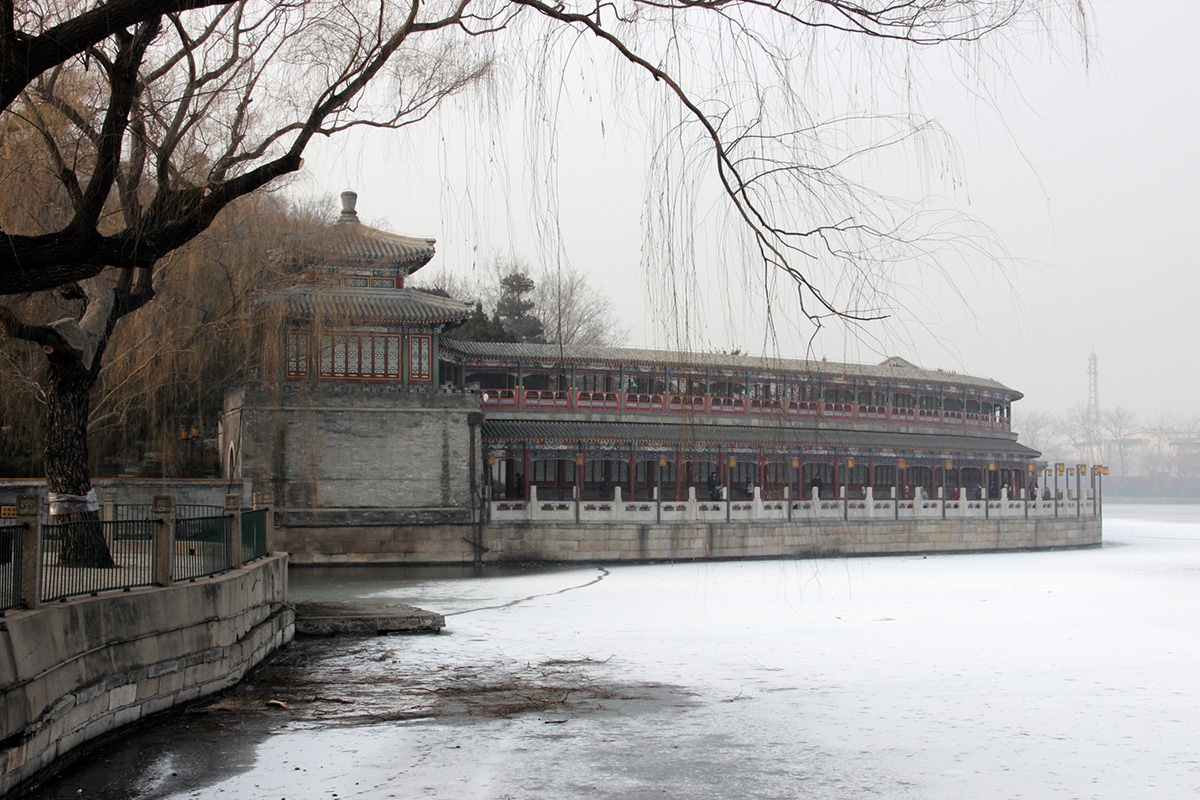 In this park you can find a hill from which you can have a nice view to the forbidden city, if there’s no smog. (Fee 2 RMB) 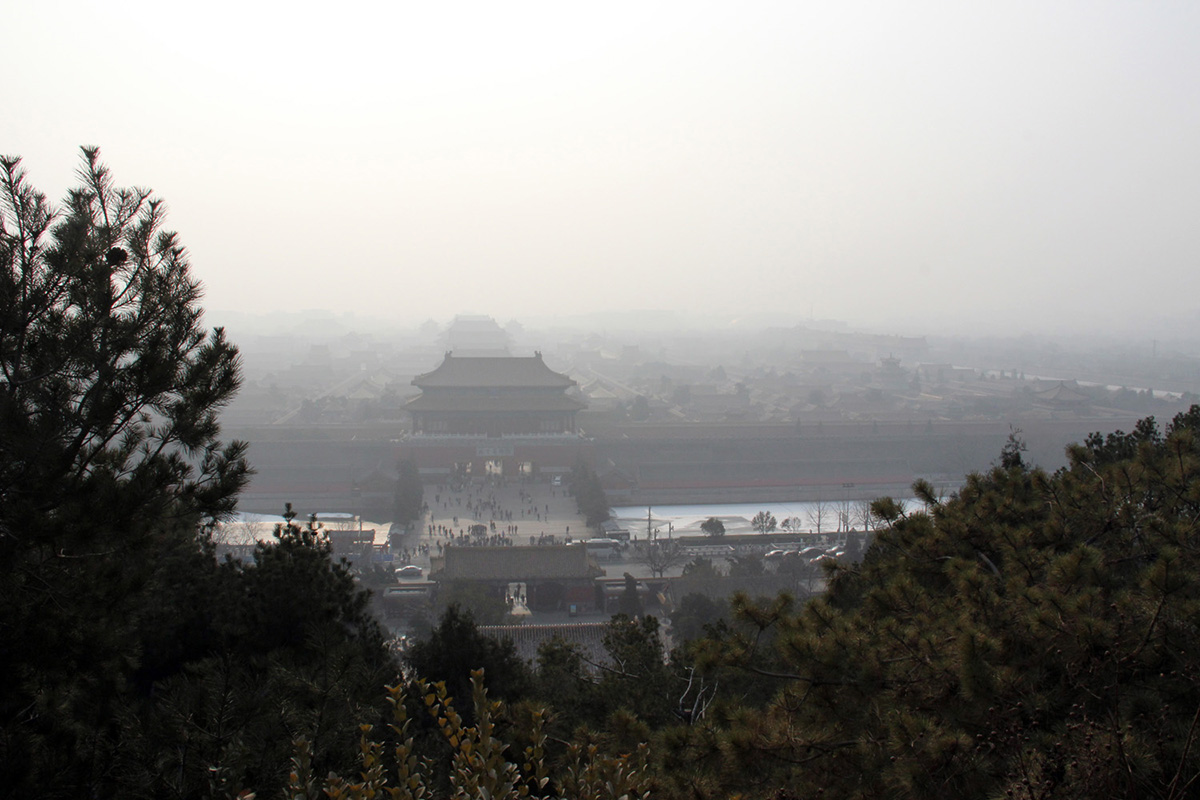 Around the lakes you can find many small restaurants and bars with music and many people. I loved the atmosphere there and it’s so cute with all the bars. In the summer you can take a boat ride on the lake, in winter you can go for some iceskating. (Metro Station Behai-North) 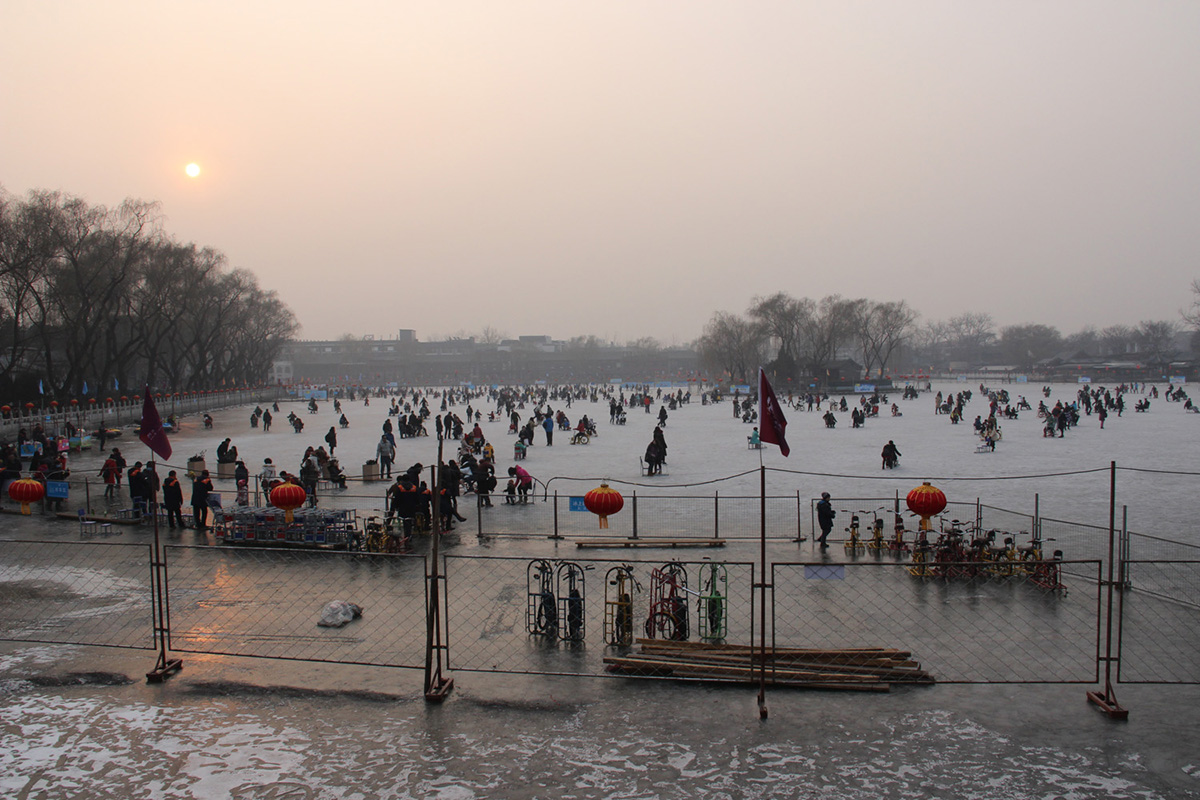 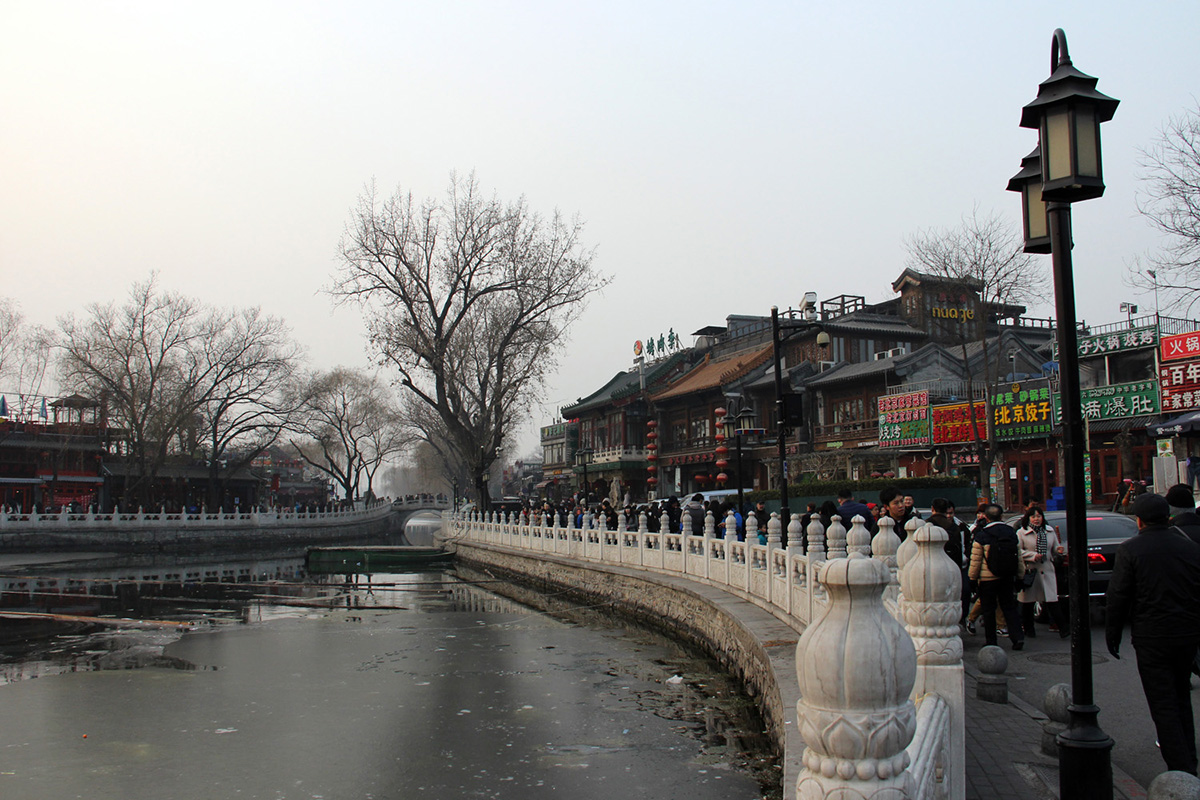 The old, very small streets show how the chinese are living in their small houses. It might look a bit odd at first sight, but you don’t need to be scared – the people are very friendly and honest there. You can find Hutongs everywhere in beijing, we had our hotel (see below) in the hutongs next to the houhai lake. 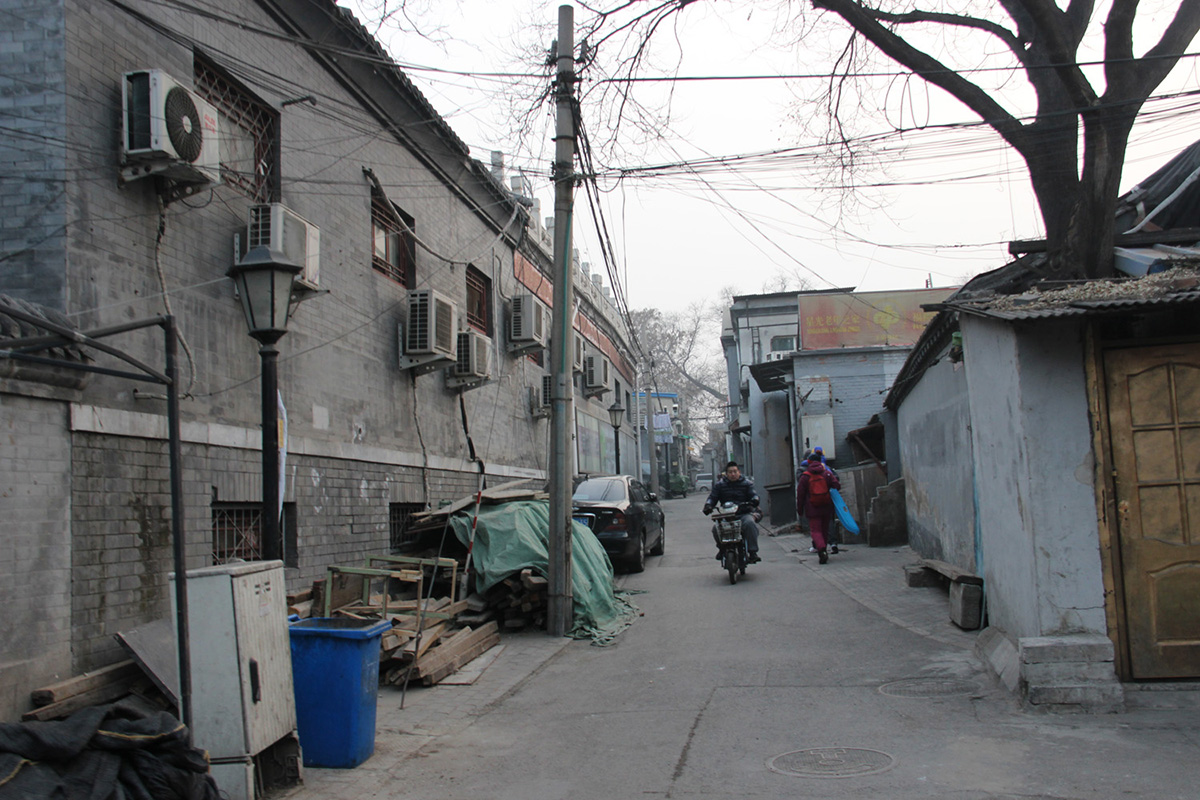 In beijing you won’t find that many modern buildings, but there are some and specially the olympic center looks really nice. The birds nest is famous for beijing and in the evening when everything gets lighted it’s really beautiful. You can easily go there by metro. 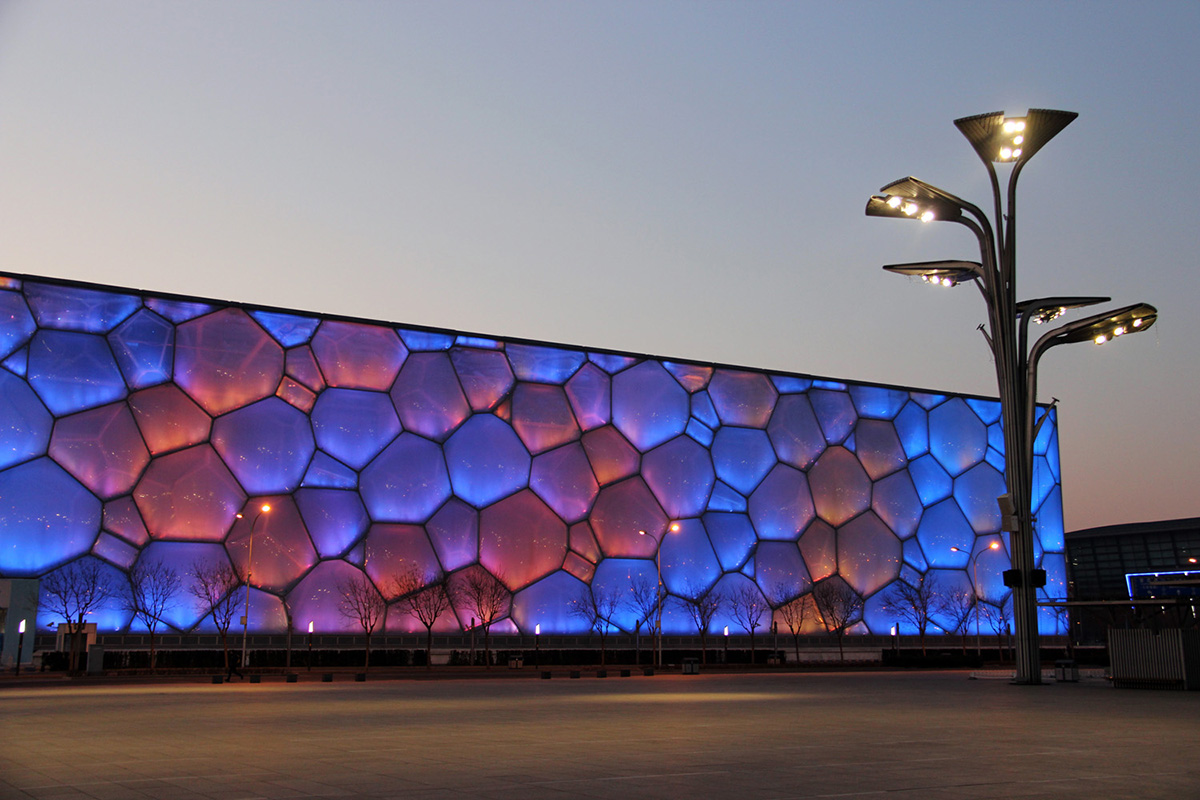 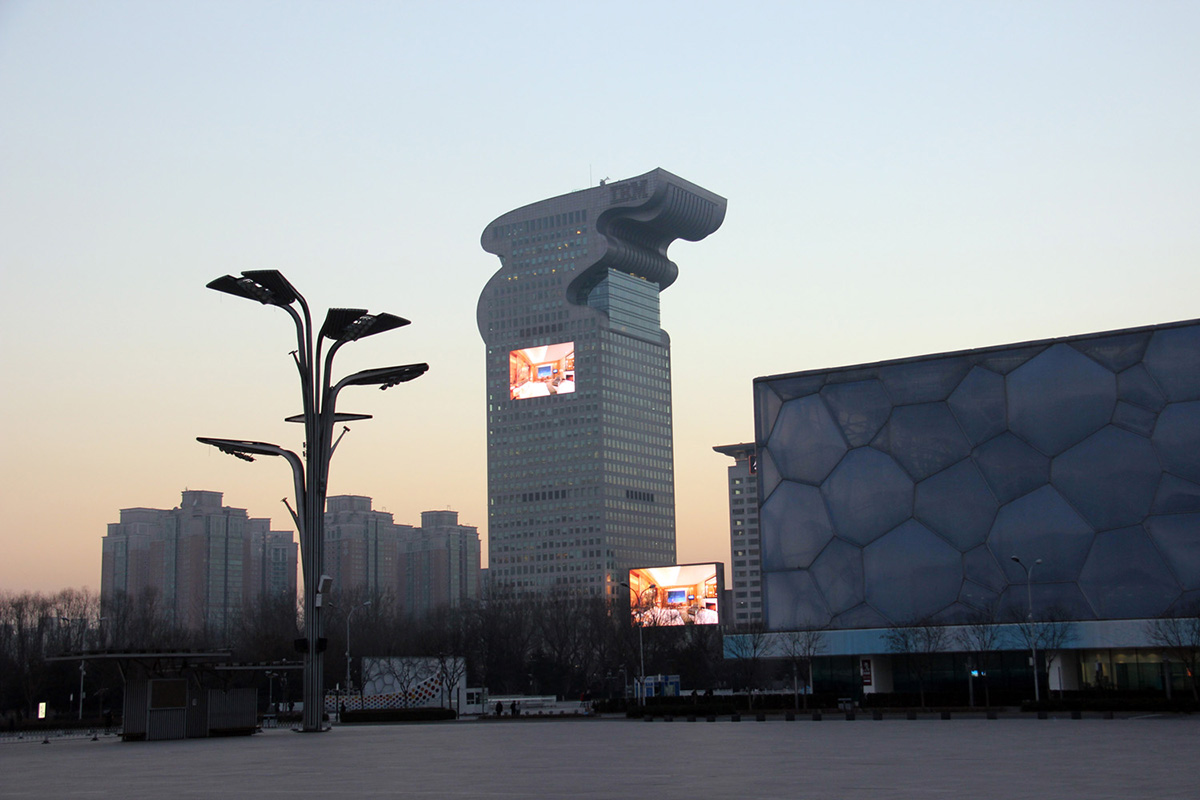 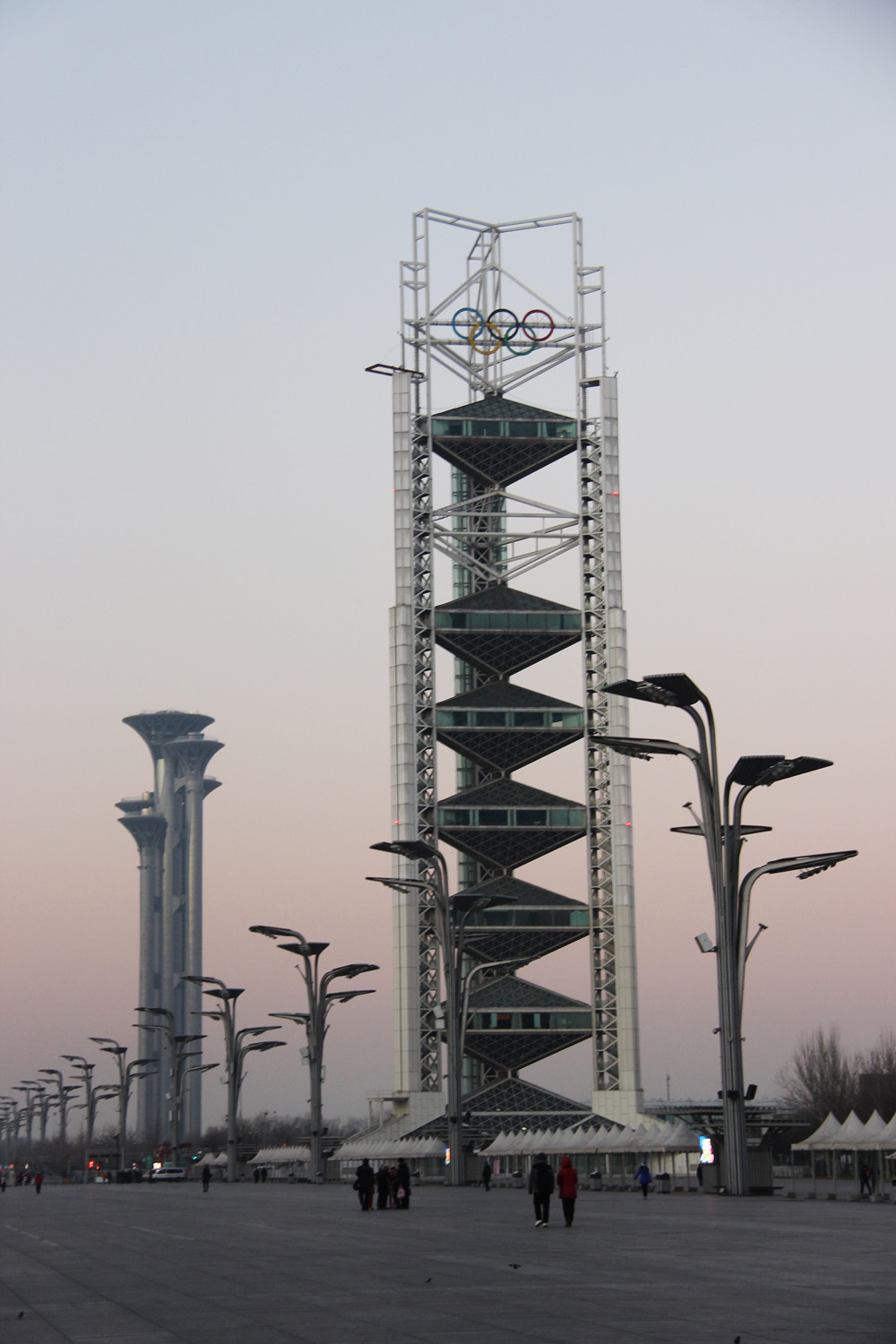 If you want to eat scorpions, maggots, snakes and other special animals, this is the right place for you. We didn’t go there because we’ve already visited a nightmarket in taipei, but a friend of mine recommended it to me.

First to say: They didn’t sponsor me to write about them, but i loved the hotel and i would totally recommend it to anybody, so that’s why i’m writing about it.
The hotel is in the hutongs next to tht houhai lake in the center of beijing, not far from the forbidden city. The next metro station is around 10 minutes walk (Beihai north) and this is also the place where the Beihai park starts.
There are many reasons why the hotel is really nice to stay at: it’s built like an old chinese house, with the inner courtyard and the rooms around it. Tuesday, thursday and saturday they have a shadow art performance show. I loved that show and it’s so traditional chinese which is lovely. If you want to get creative yourself you can do some shadow art drawing of dragons or chinese heads. 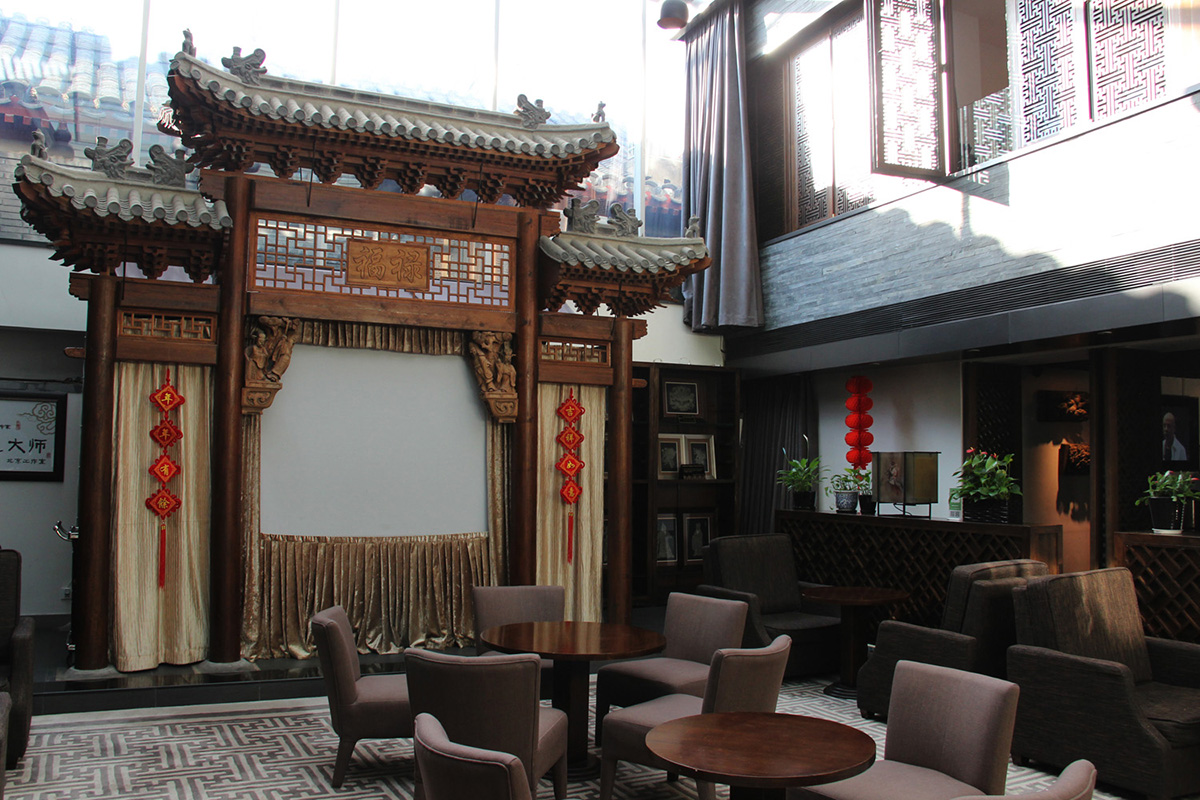 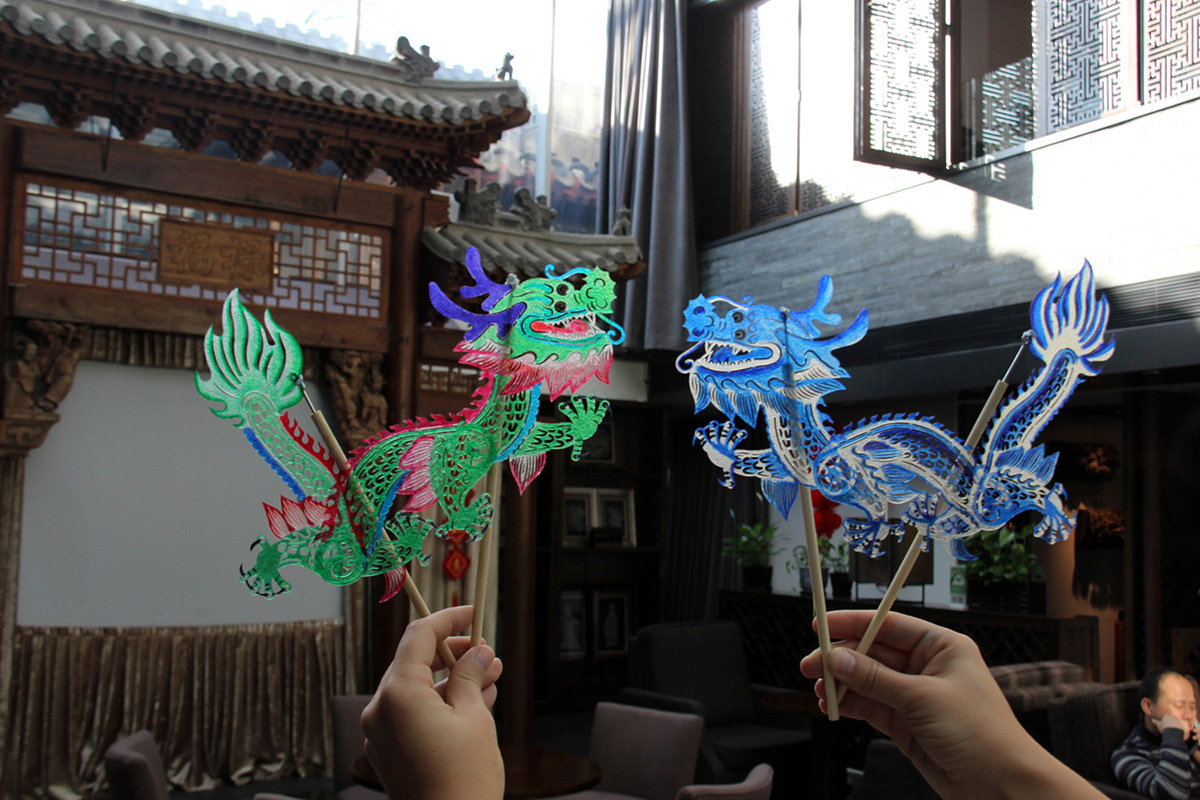 In winter it can get really cold in beijing, we had around -7 degrees (felt like -15 degrees)
I was scared of the smog before going there, because it was really bad the days before we went there. On the first day we had to wear masks over the face, because the smog was bad and it hurt when breathing heavily (for example when we were walking up hills). But we were lucky – on our second day some siberian wind blow away the smog and the weather was perfect for the next days. 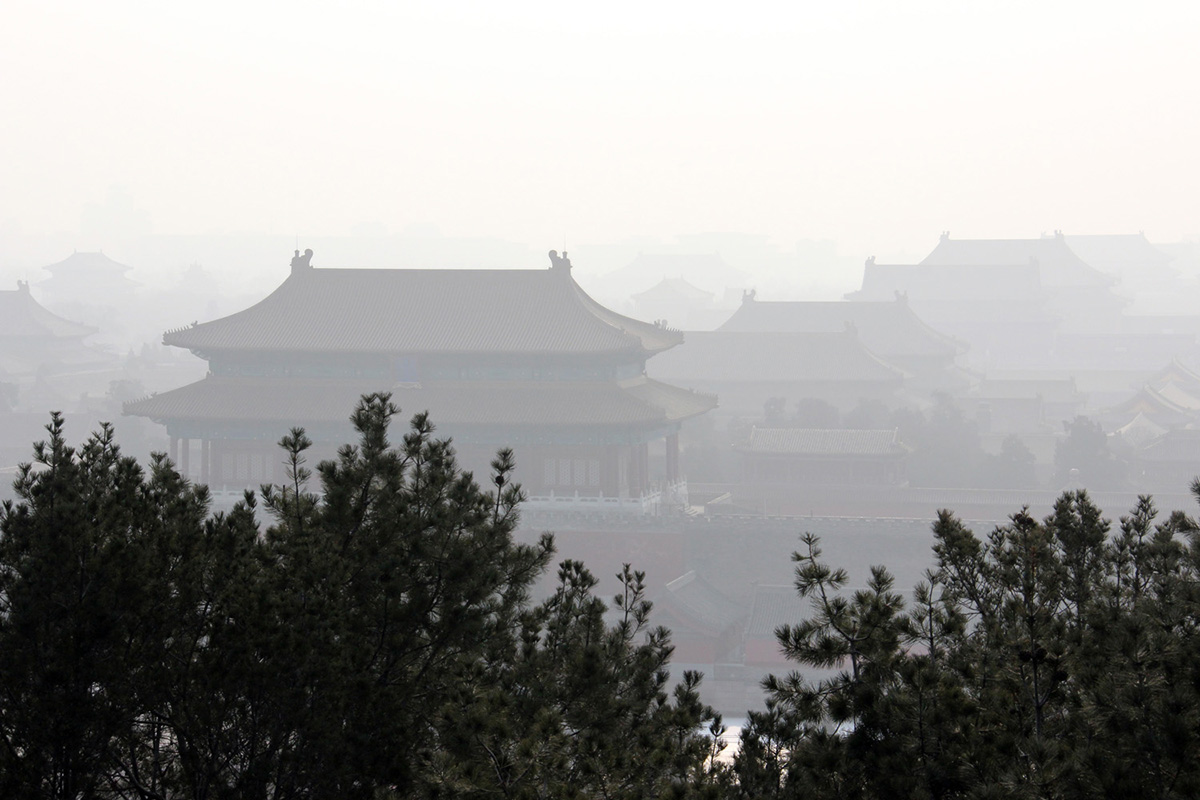