I’ve always wanted to go to the “Wiesn” (how the Munich Oktoberfest is called), but my friends were never really interested in going there. Last year i finally made it – Anzapft is (that’s what they say when they tap the beer). 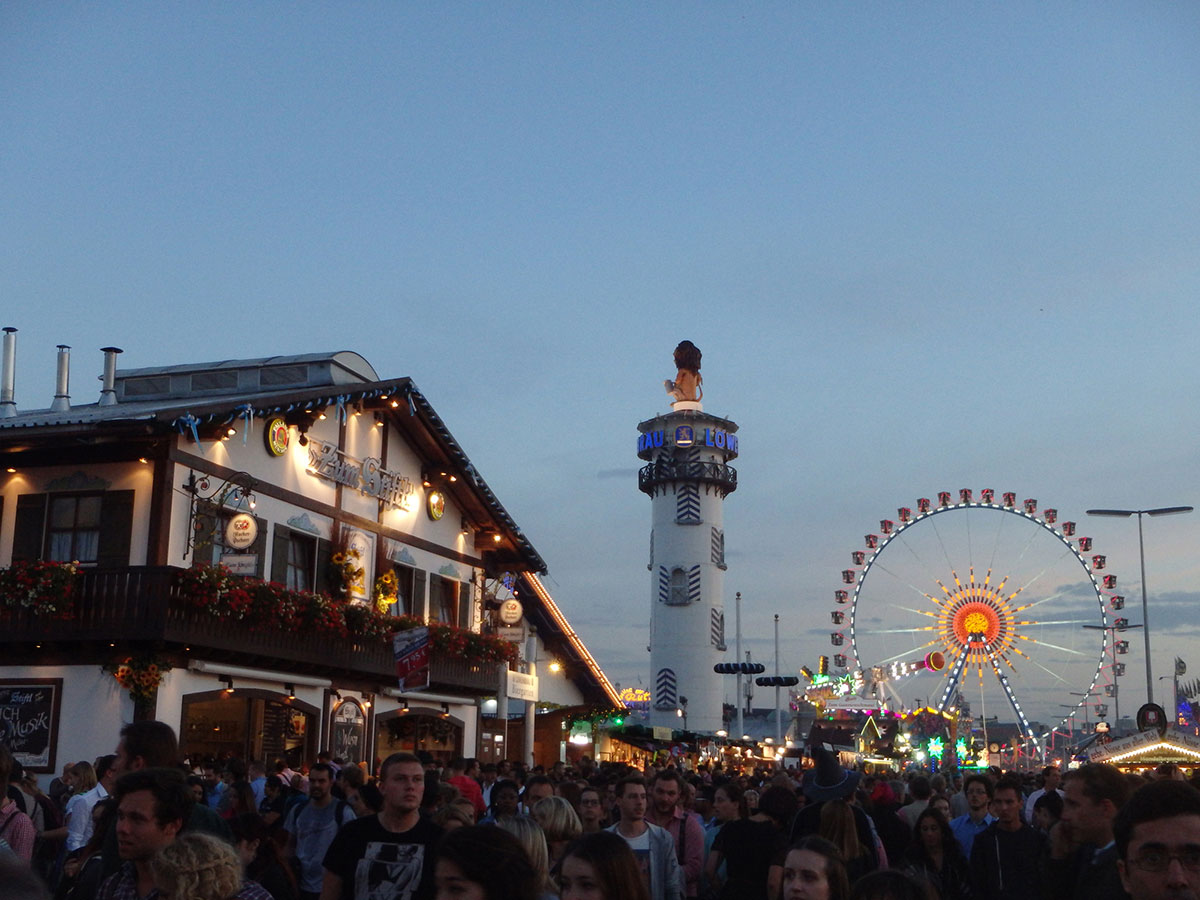 How to get a table

I’ve been told from many people that i should visit the Oktoberfest really early in the morning, because then you’ll be able to get a seat somewhere in one of the beertents. If you’re not in a tent, you won’t be able to get beer – and to be honest, a “Mass” (how they call the huge beer glass) beer is a must 😛

If you’re on the Wiesn, you’ll hear the people singing “Ein Prosit, Ein Prosit der Gemütlichkeit” – which basically means Cheers to the friendlyness (or something like that). We were lucky with the people that were sitting on our table too, because they were all superfunny and we started dancing on the “Bierbank” (bench).

A “Brezn” and a bavarian veal sausage are a must. And you can also get some other german/bavarian specialities such as Käsespätzle (some kind of noodles with cheese), Bratl/Schweinsbraten (pork roast) and other things. 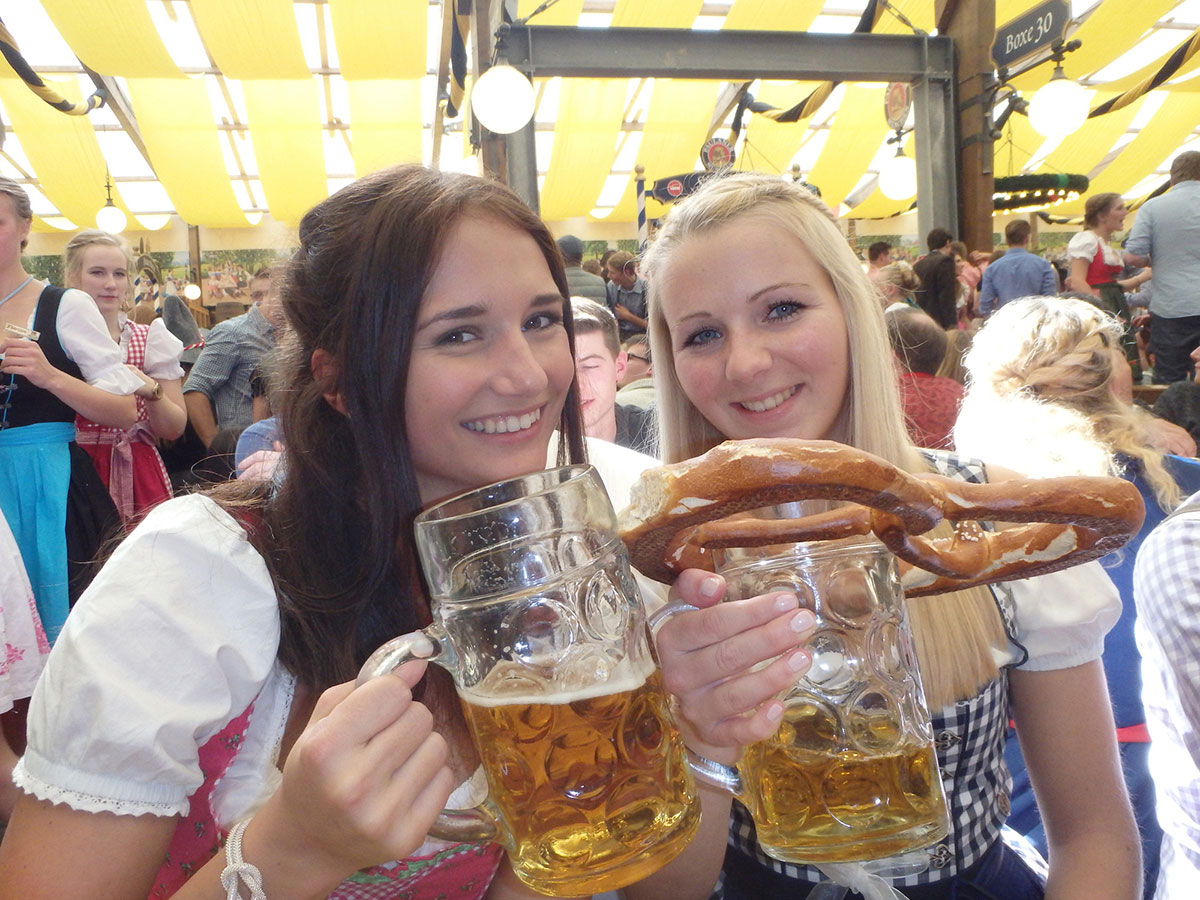 Going with the big wheel

After drinking some beer and having fun, singing and dancing in the tent for 8 hours or so, we made it outside to also see what’s going on in the funpark. We decided to take a ride with the big wheel, which was amazing – you got to see how huge the Wiesn is.

After that we were going with the carussel, which was a bit disappointing, because it was just up in the air for some seconds. Anyway, it was fun 😀 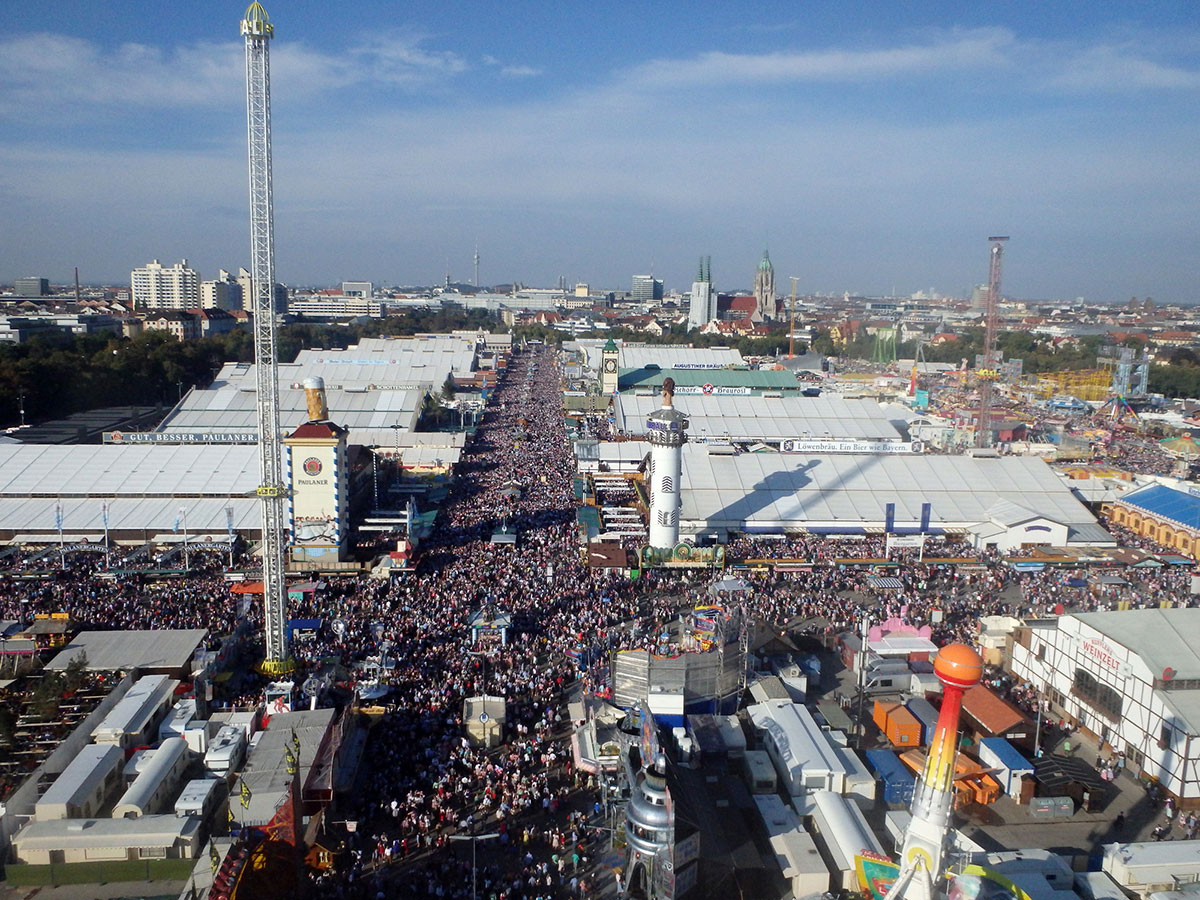 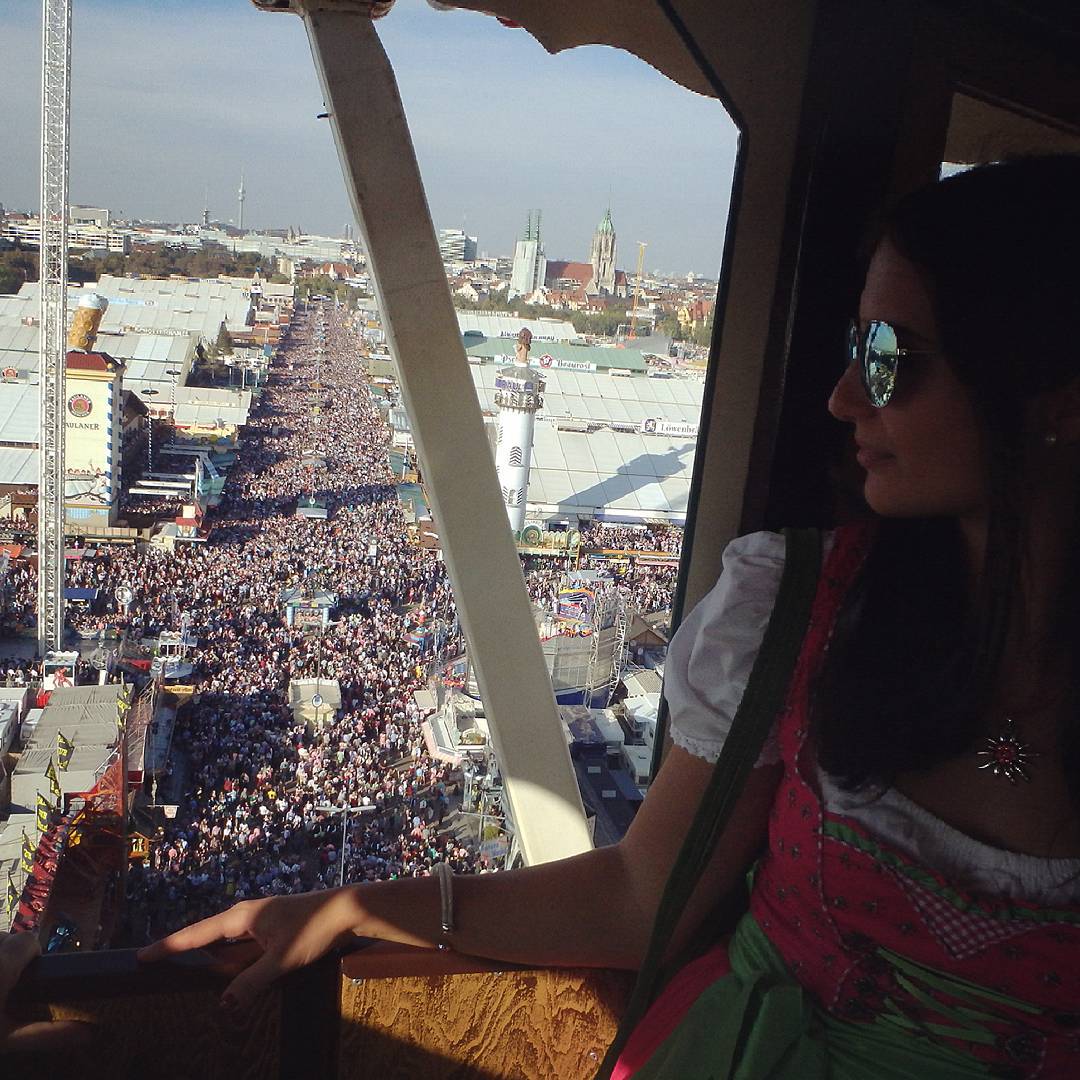 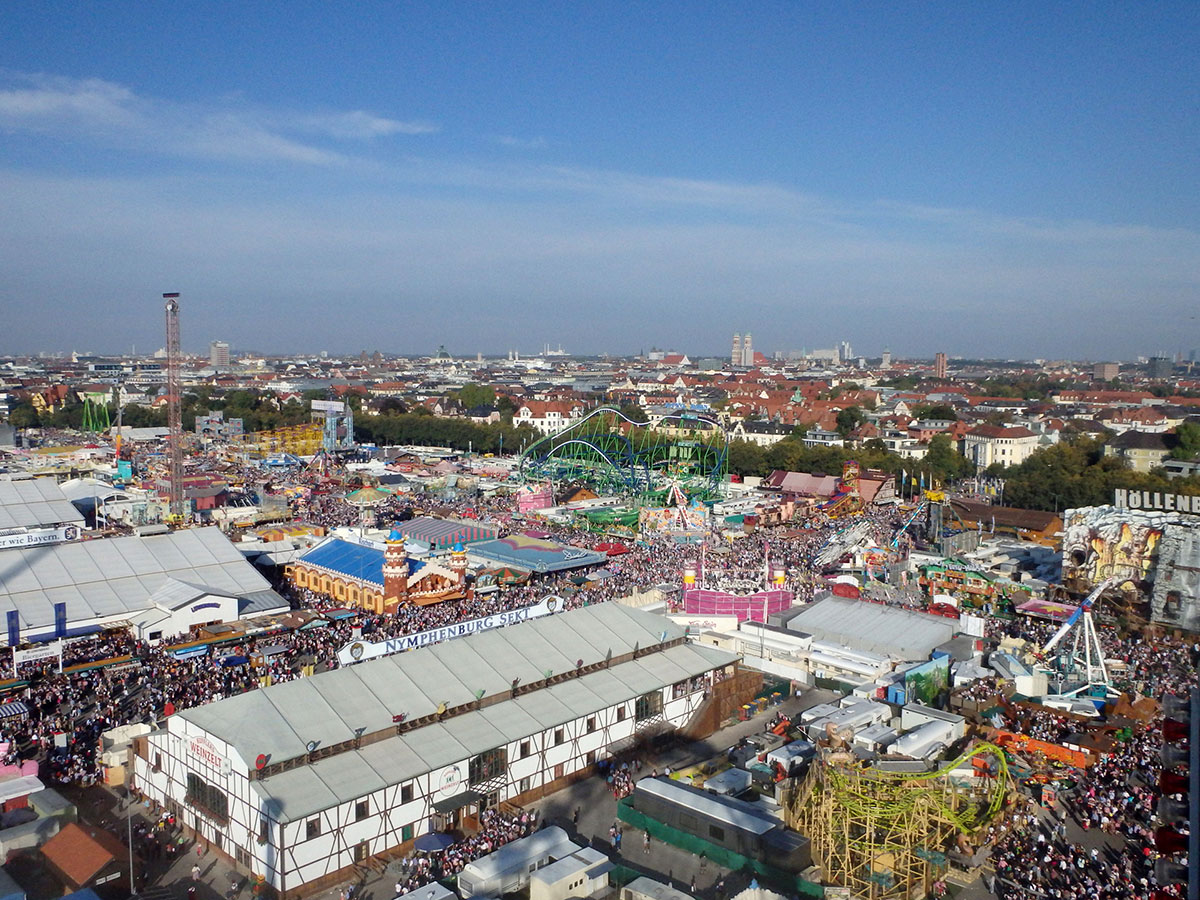 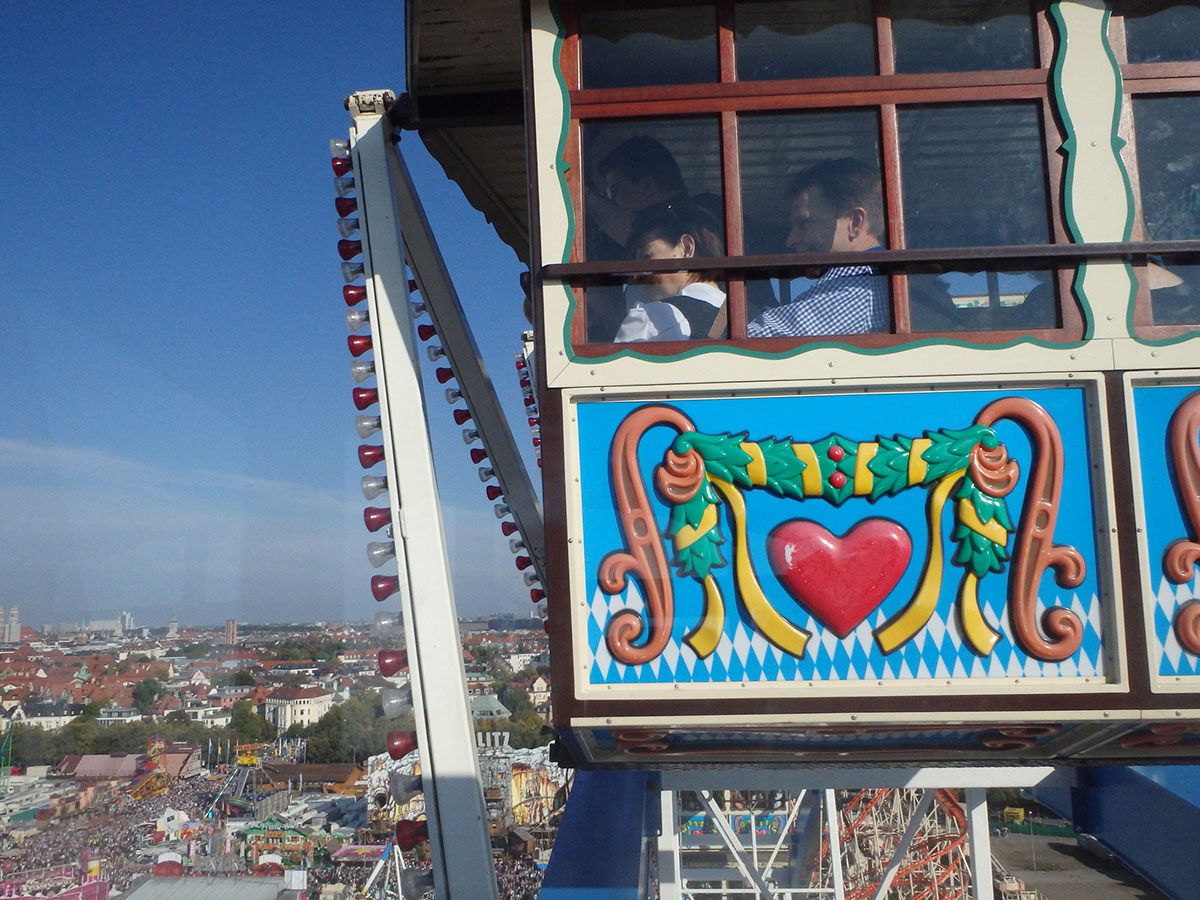 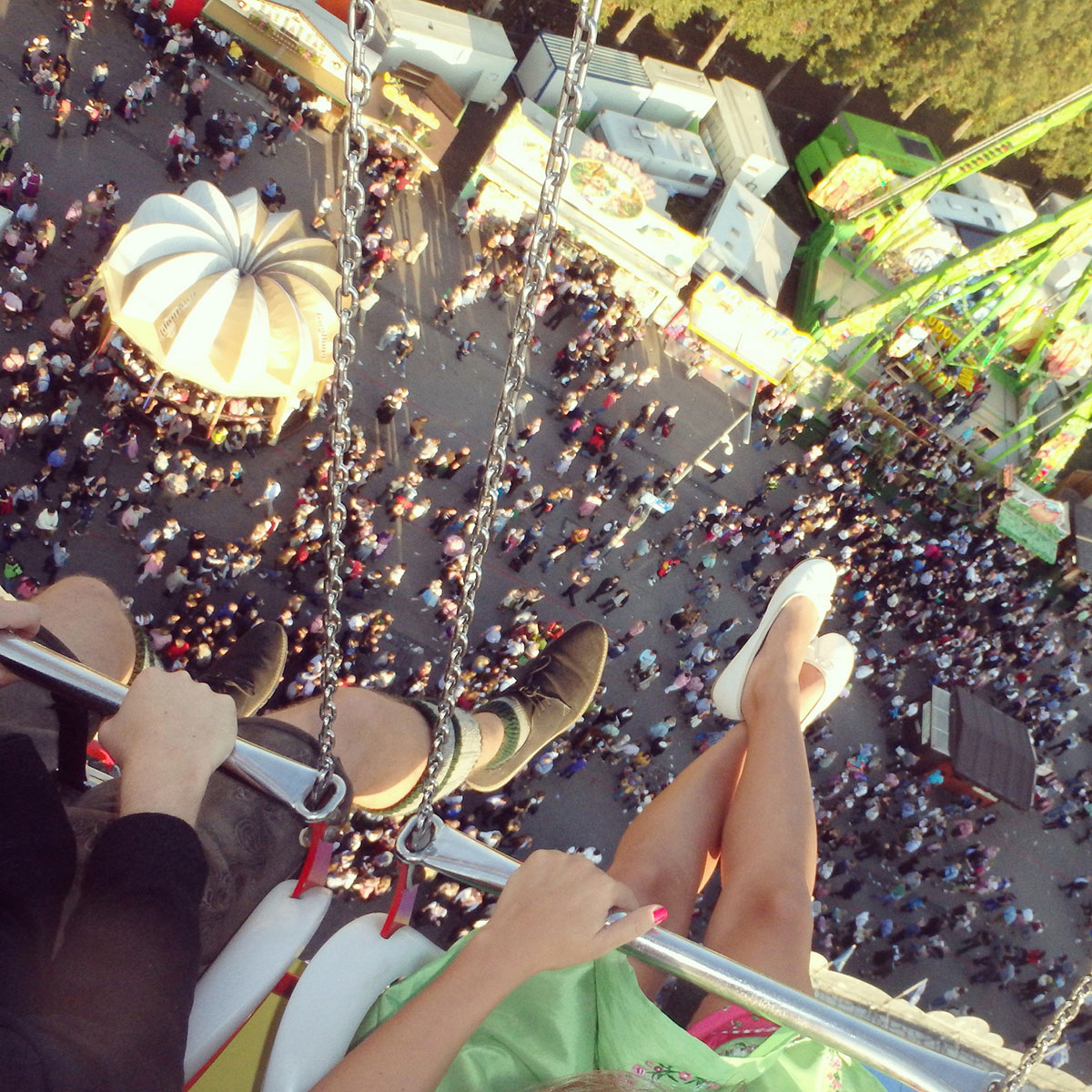 Even though you can get those gingerbread hearts basically everywhere on a fair, it’s special getting one on the Oktoberfest. 🙂 They all have some german quotes about love, friendship and other things and sometimes something really funny. In the end i got a “Lebkuchenherz” saying “Sunshine” 😀 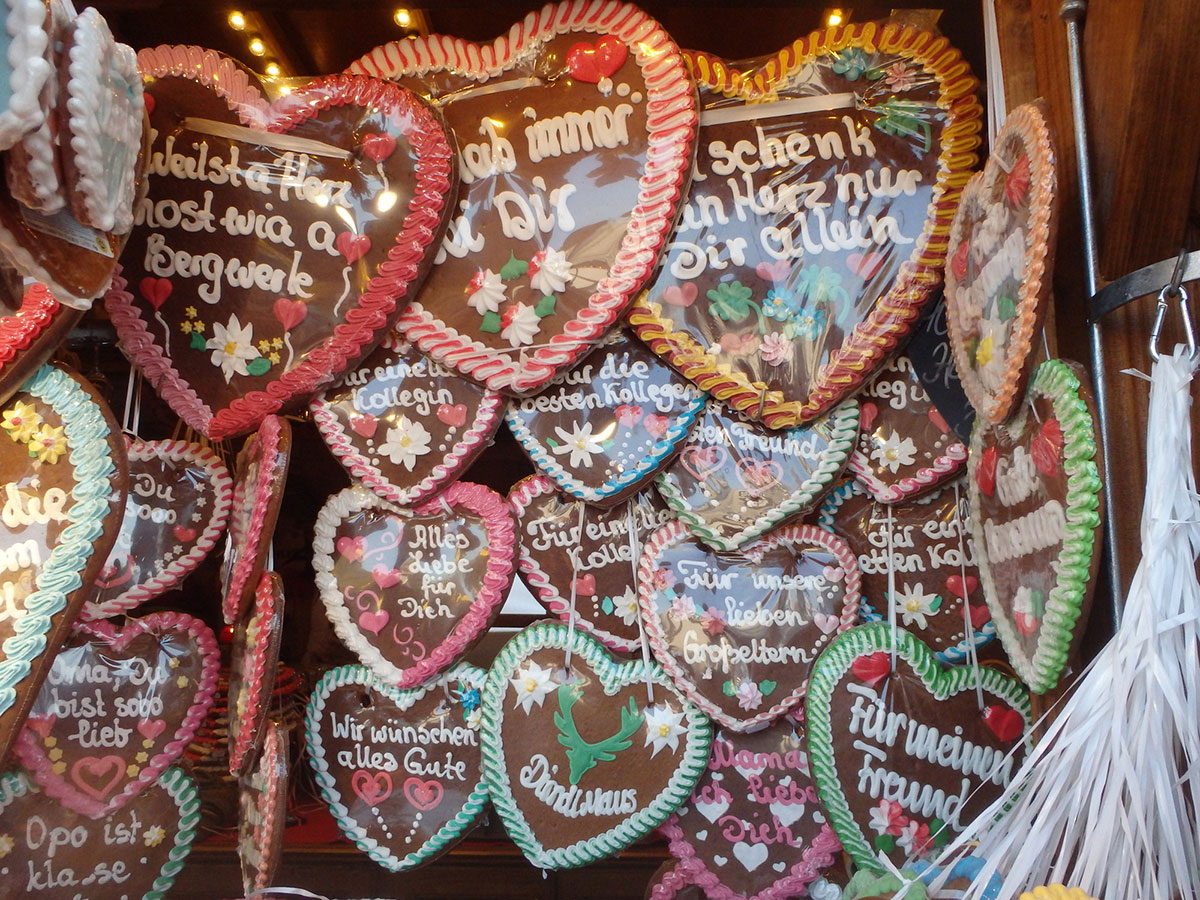 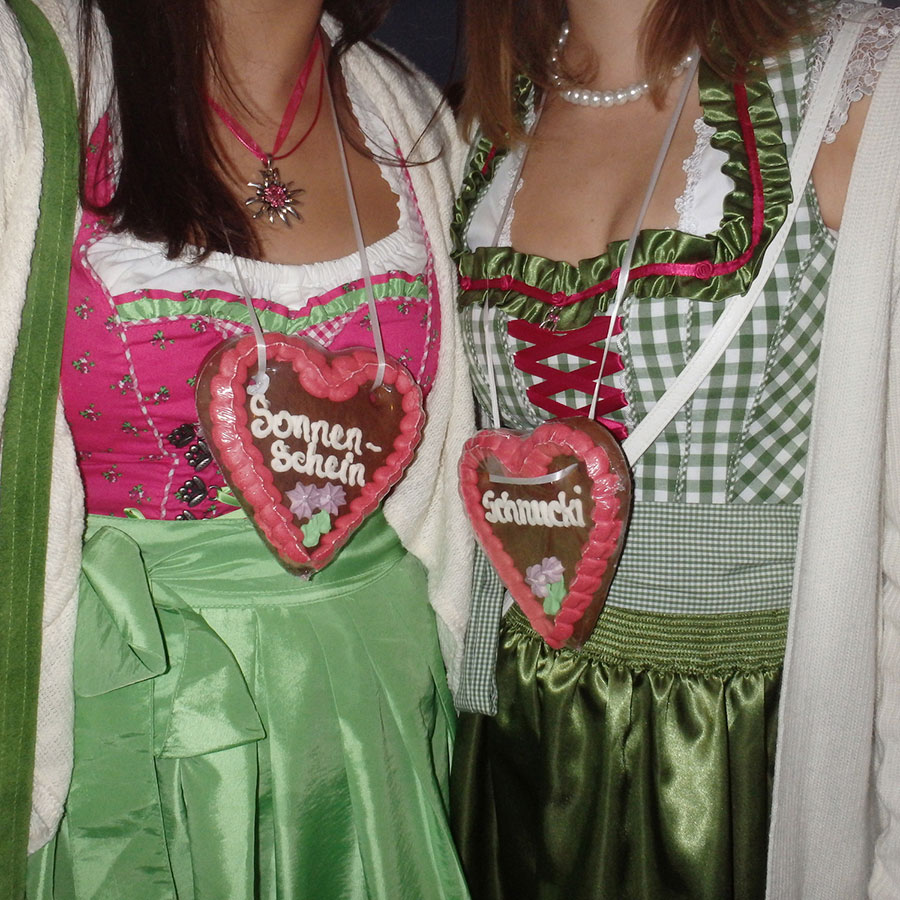 I really loved being at the Oktoberfest. We’ve had so much fun and you can see some traditional things such as the Dirndl (Traditional German and Austrian dress), Lederhosen (The traditional leather pants for the guys), beer, people dancing on the benches, gingerbread hearts and more. We’ve had a great day, and i would love to go back. This year i want to visit one of the Oktoberfest in LA, and i’ve heard that the Americans love the chicken dance… This is superfunny, because the germans don’t really do that, but anyway 😀 I think it will be nice to see, how the Americans think how the Germans and Austrians are. You’ll definitely read it up here on my blog 🙂 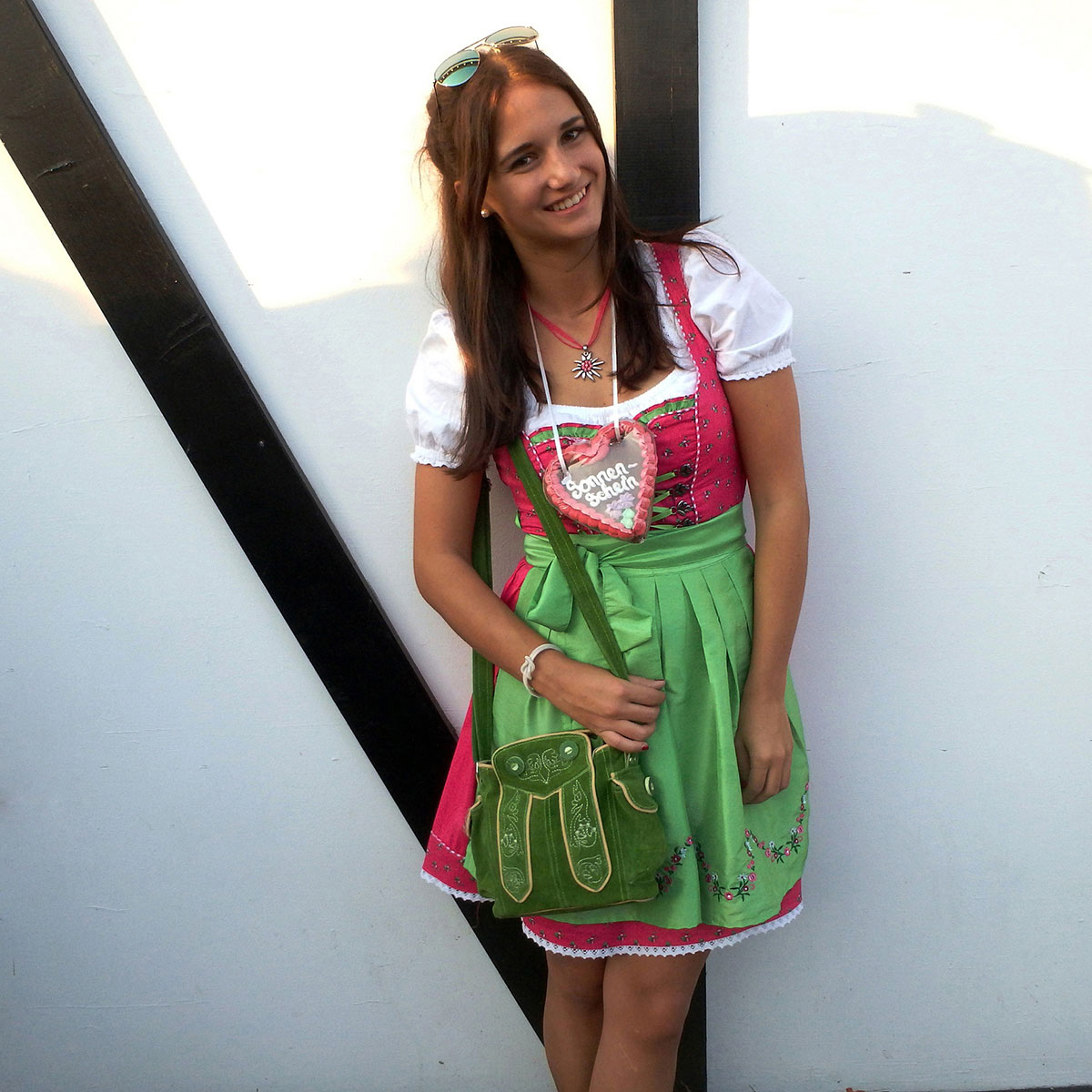