As i’ve mentioned in my latest blogentry about my exchange semester, i’ve been to London quite often and i couldn’t wait for coming back last weekend. London is my most favorite city of the world and i really know that i can never get tired of going there.

Summing up London in one blogentry would definitely be too much, so i’m splitting it up a bit. In this entry i’m showing you the best places that you might wanna visit (okay you should visit) when you’re coming to London the first time.

The clocktower “Elizabeth Tower” with its bell Big Ben is one of the most famous landmarks in London and together with the Houses of Parliament one of the most beautiful buildings. You can also go inside the Houses, visiting a parliament session, if you’re registering.

Next to them is the Westminster abbey, a church, where the kings were buried.

How to get there: The metrostation “Westminster” is next to the Elizabeth tower (Circle, District, Jubilee) 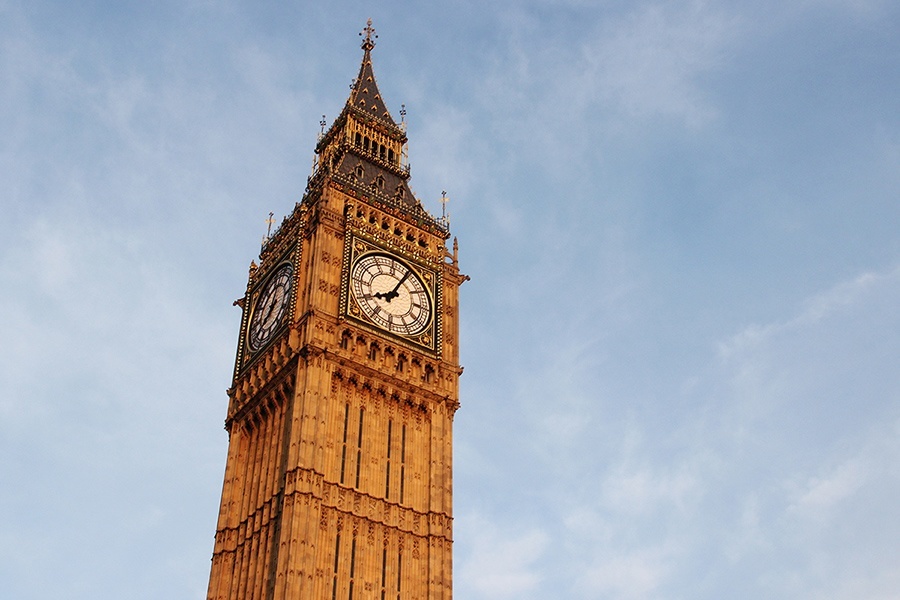 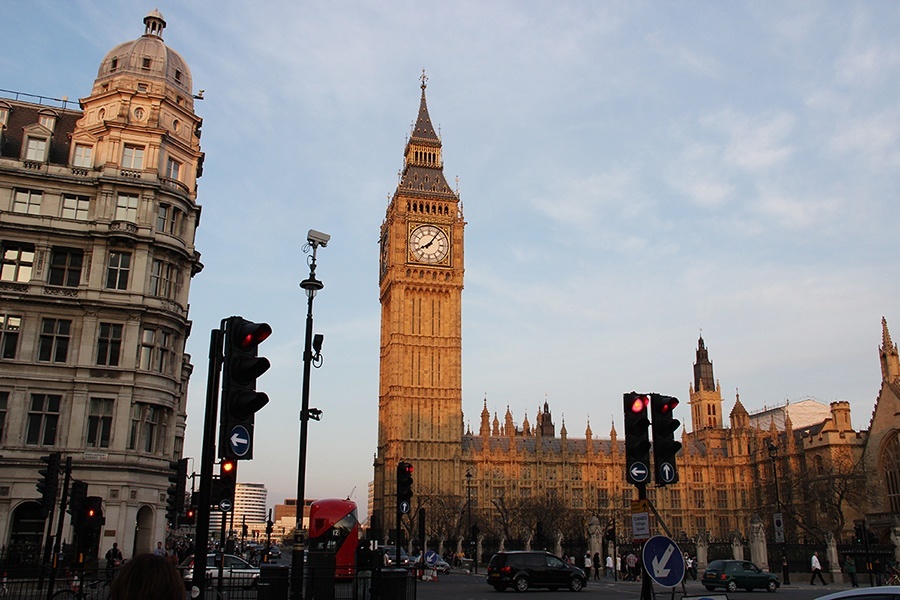 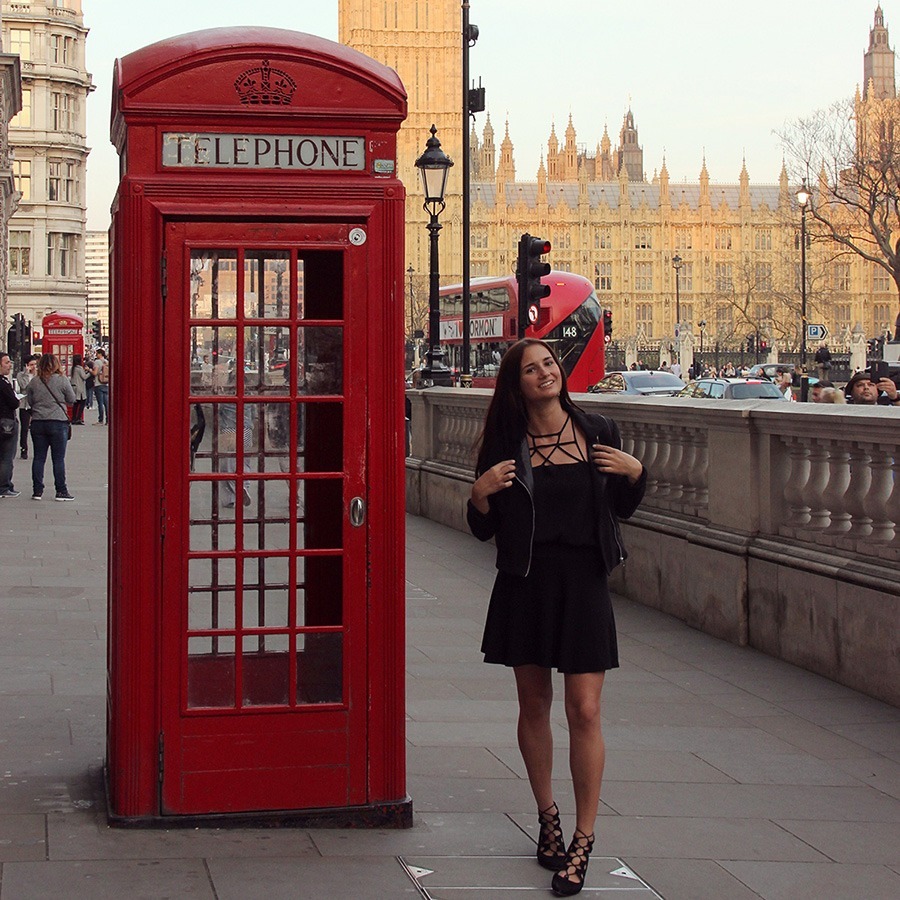 I’ve been to London that often, but i’ve never taken a ride with the London Eye. Anyway – it looks great from the outside and you have a nice view from up there for sure. 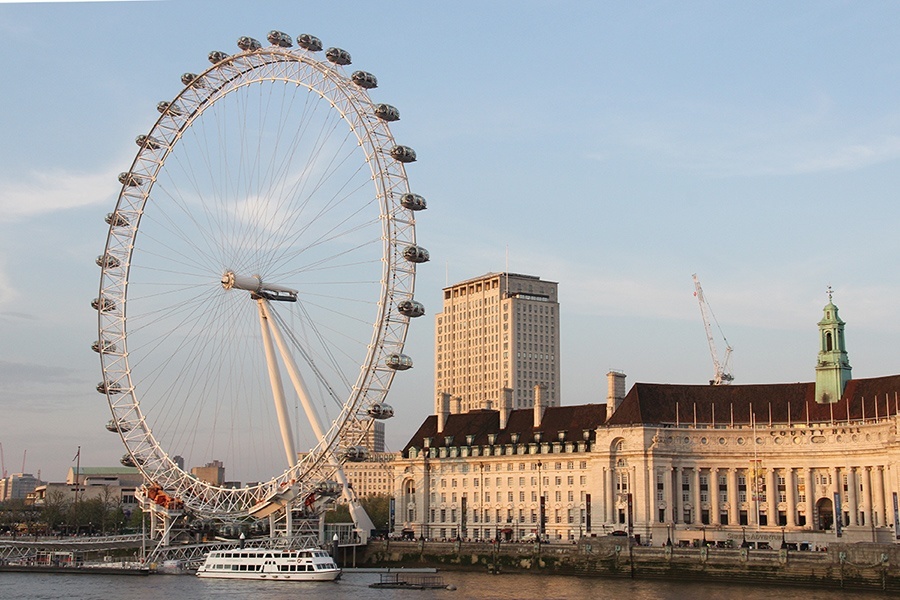 The Trafalgar square is the biggest square in London and you’ll find a monument for Admiral Nelson (for winning the battle of Trafalgar). There’s also the National Gallery and two really nice fountains.

How to get there: If you’re walking from Buckingham Palace to the Thames, you’ll pass the Trafalgar Square and you cannot miss the biggest square in London. 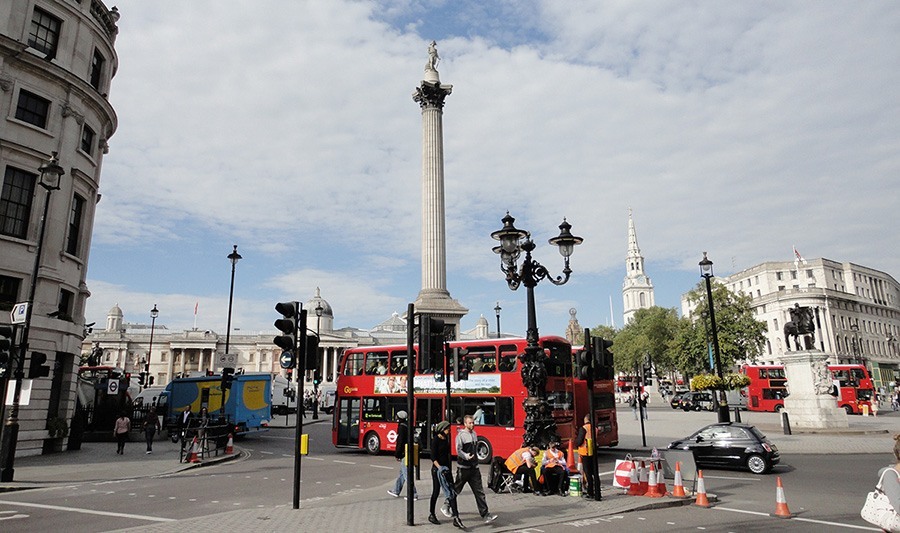 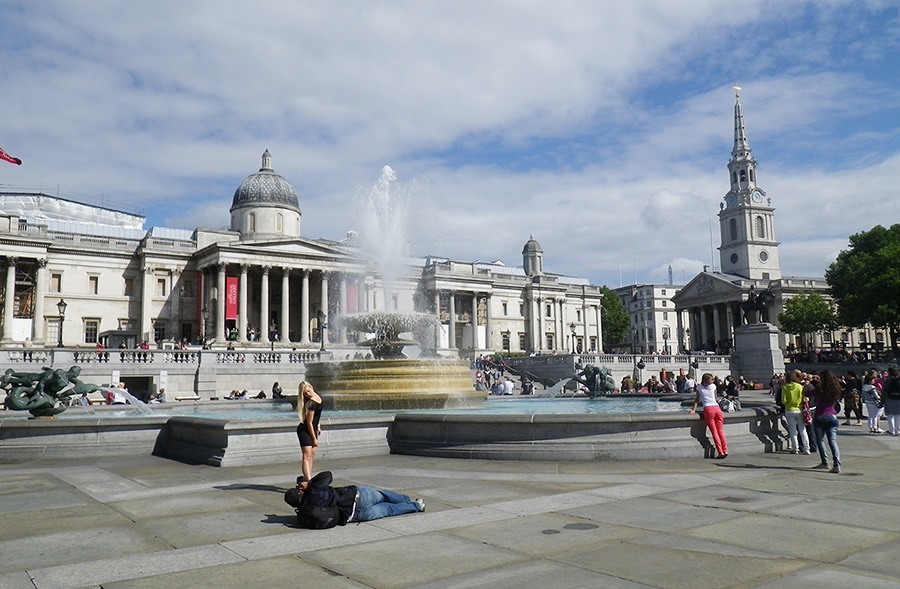 The Buckingham palace might not be the most spectacular building, but visiting the Queen, walking around the nearby St. James Park and watching the mounting of the guards is kind of cool and a bit historical. And: There’s this thing that if the flag is on the building, the Queen is inside the house. I’m not sure if this is true, but believing it is kind of funny 😀 And the swans that you’ll find in the park all belong to the Queen and they’re being counted every year, so don’t steal one 😉 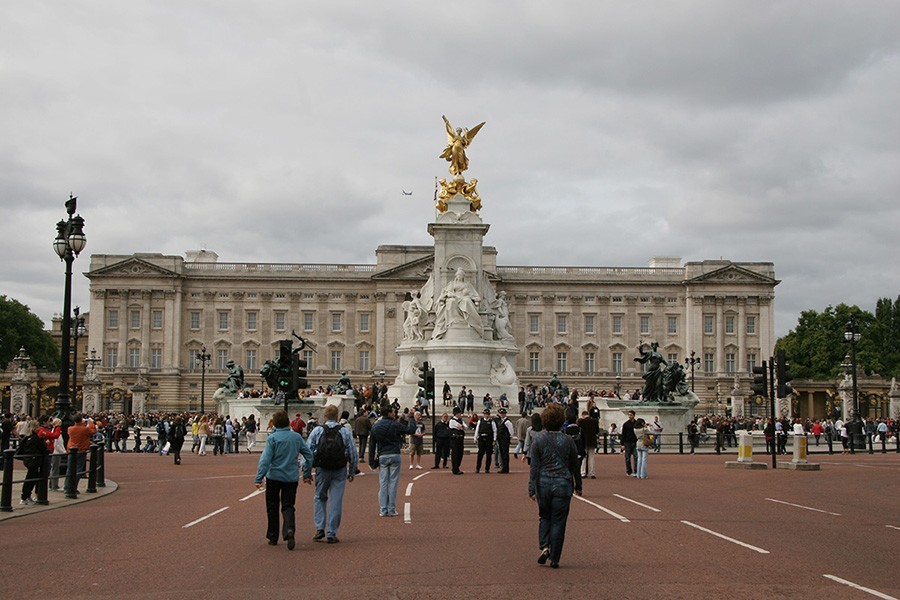 The tower of London is situated next to the Thames and was used as a fort against hostile citizens. Many kings were using the tower as residence. The tower can be now visited inside and you can also have a glimpse at the crown jewels.

Next to the Tower is the Tower Bridge, a car and pedestrians bridge, which has been named (who would have thought that :P) after the Tower. For me, the Tower Bridge is the most beautiful bridge i’ve ever seen – it’s so special with the beautiful colors and the remarkable towers. If you’re lucky, you might be able to see the Tower Bridge opened – if a ship is passing, which is too high to go underneath the bridge, the middle part of the tower bridge will be lifted.

How to get there: Next to the Tower there is the underground station Tower Hill (Circle, District) 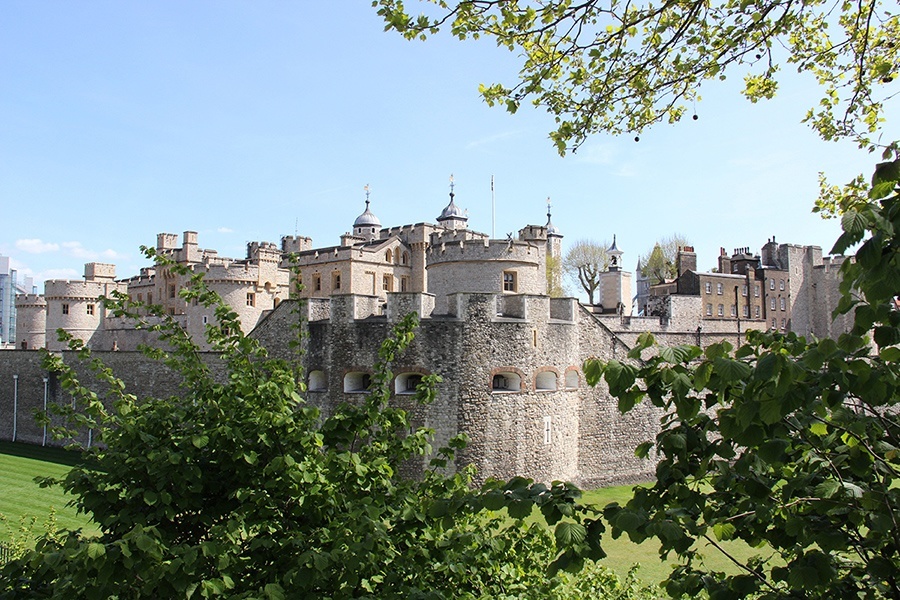 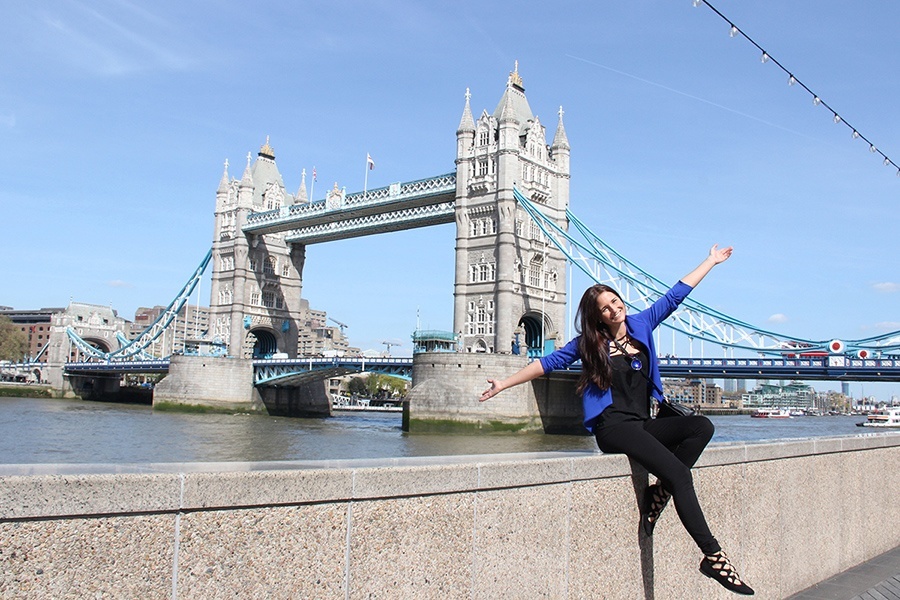 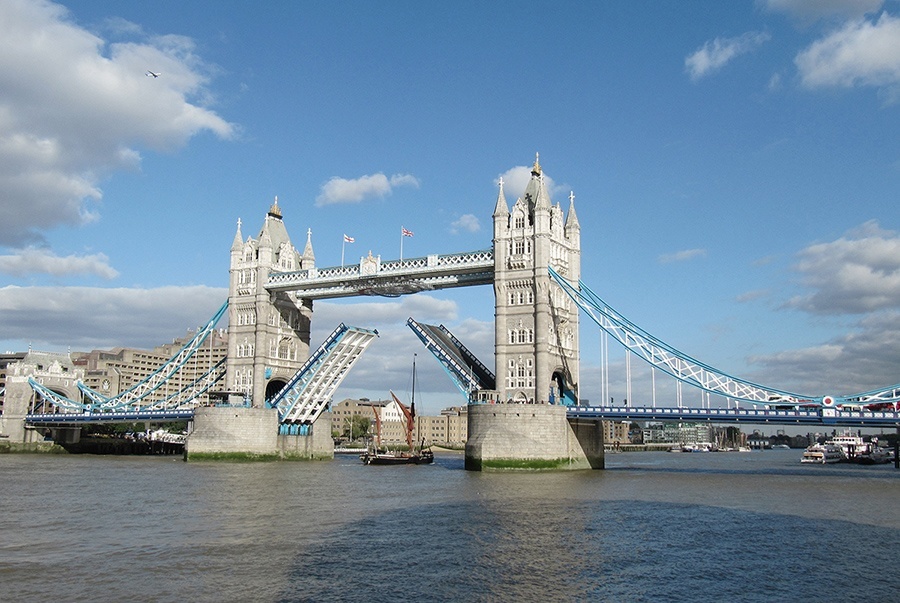 Also situated next to the Thames is the St. Paul’s Cathedral, one of the biggest churches in the world. You can also visit the dome, and you’ll get an amazing view of London.

If you’re walking from the St. Paul’s to the Thames, you’ll find the Millennium bridge, which has been built in the Millenniumsyear. On the other side of the Thames is the art museum Tate Modern and the Shakespeare’s Globe Theatre, which is worth visiting from the inside.

How to get there: Taking the underground to Cannon Street (Circle, District) or St. Paul’s (Central) 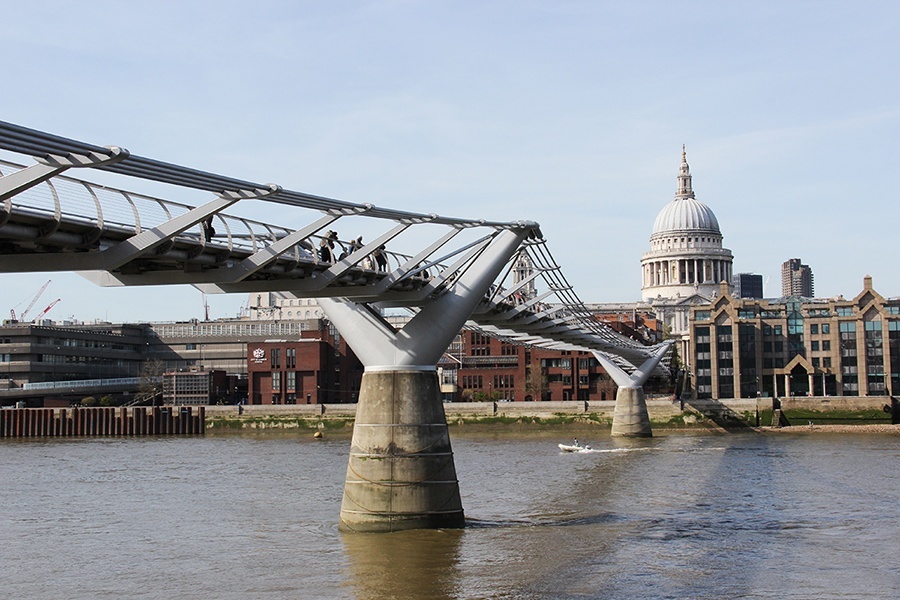 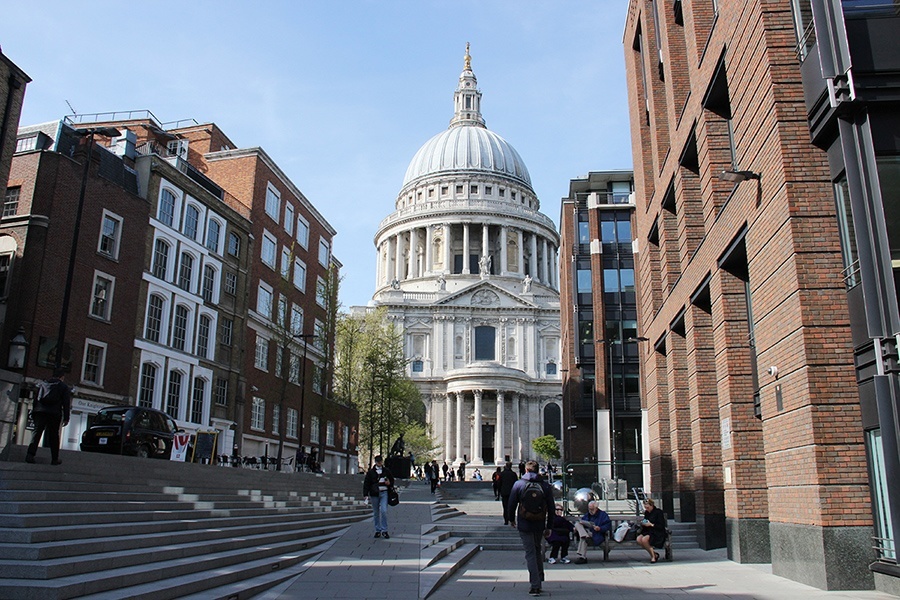 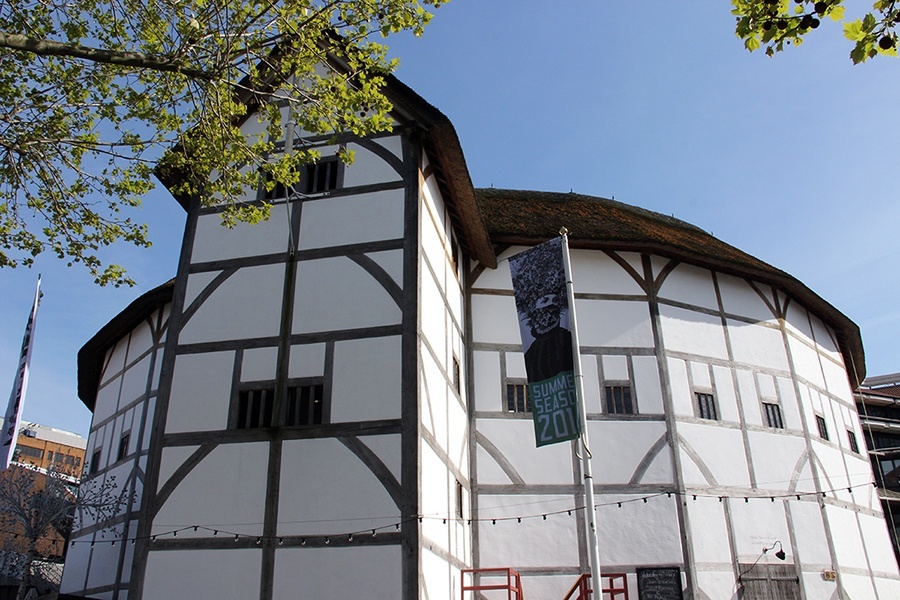 The cutest and coolest area in London to live at is probably Notting Hill with its perfect, cute little english houses. If you prefer some hustle and bustle and you want to stroll around a market you can go to the Portobello Road Market.

How to get there: Underground station Notting Hill Gate or Holland Park (Holland Park is closed until August 2017) 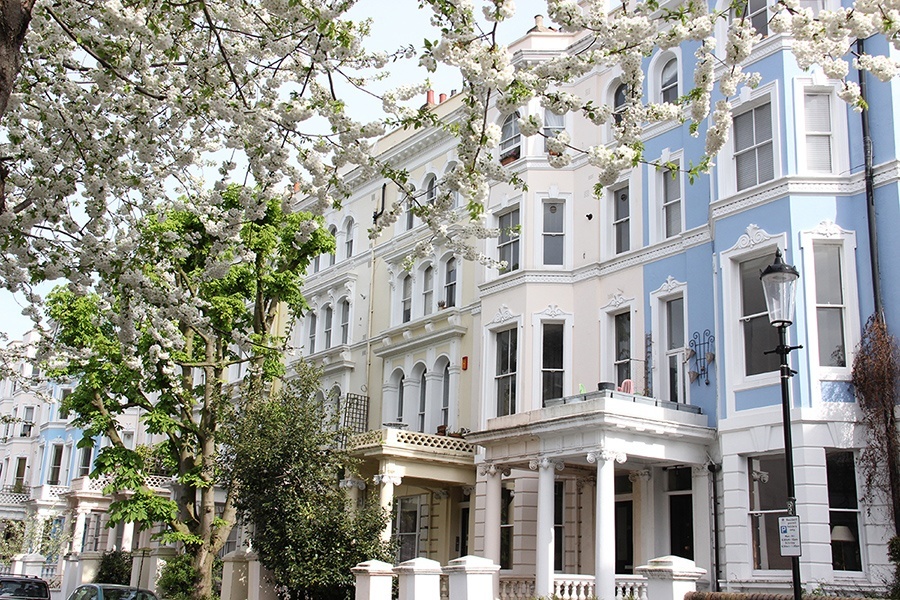 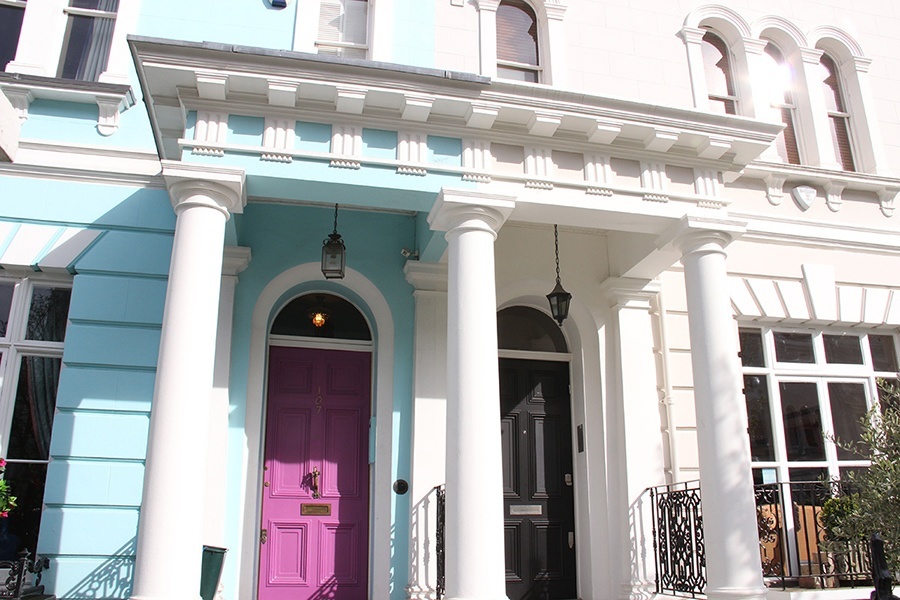 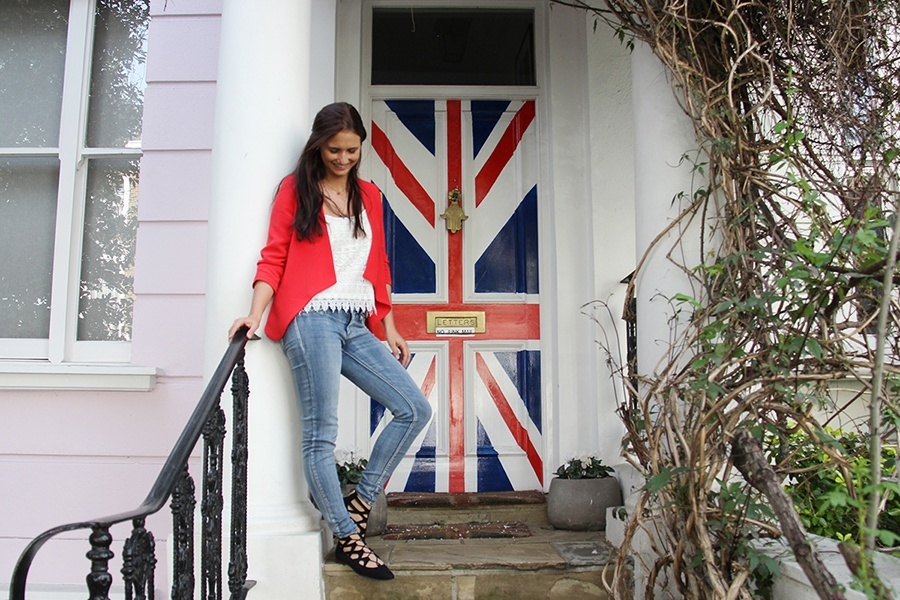 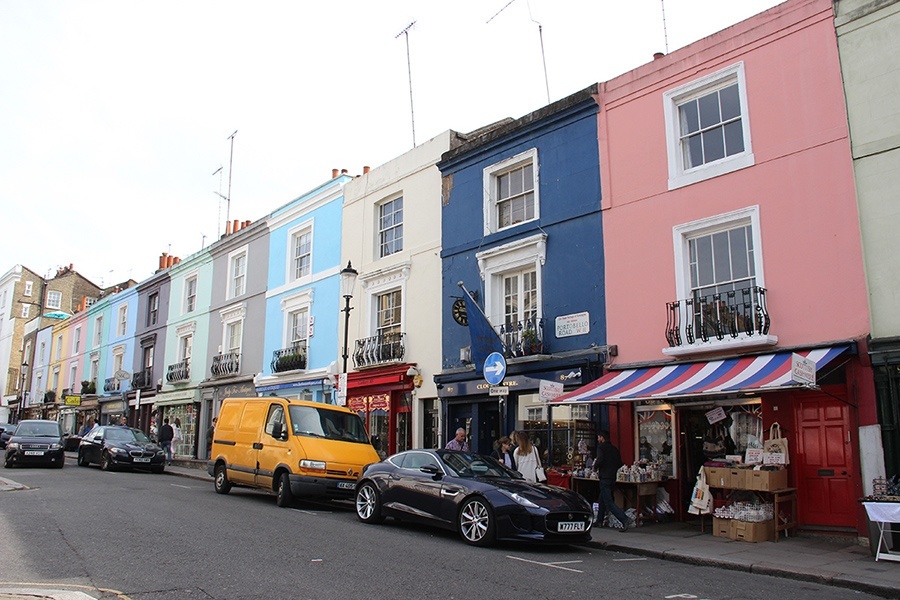 Hustle and bustle, multiculti, good food, (souvenir-)shops – you can find all that in Camden Town. The market halls originally were old stables, renewed for the market and you can also find some cute little bars and a club for partying.

How to get there: Underground station Camden Town 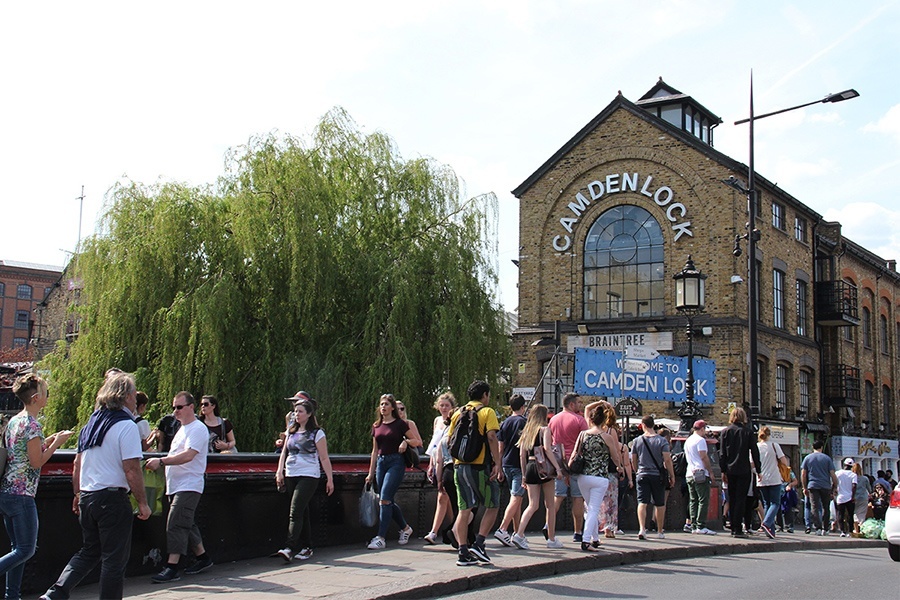 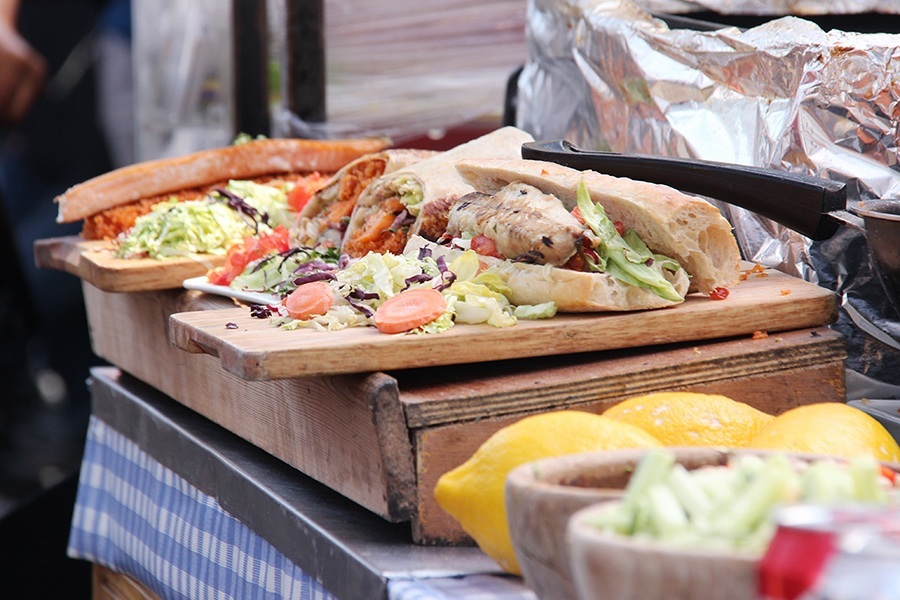 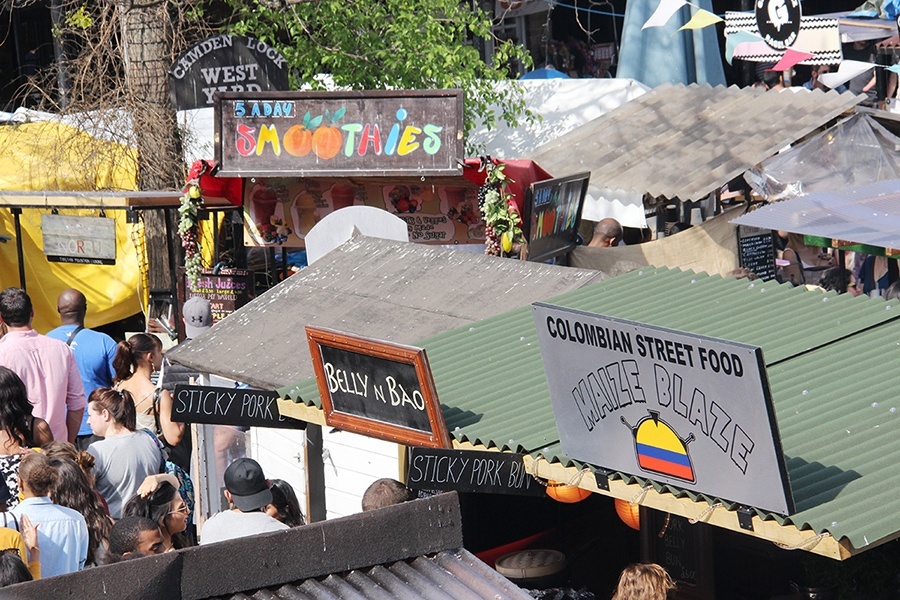 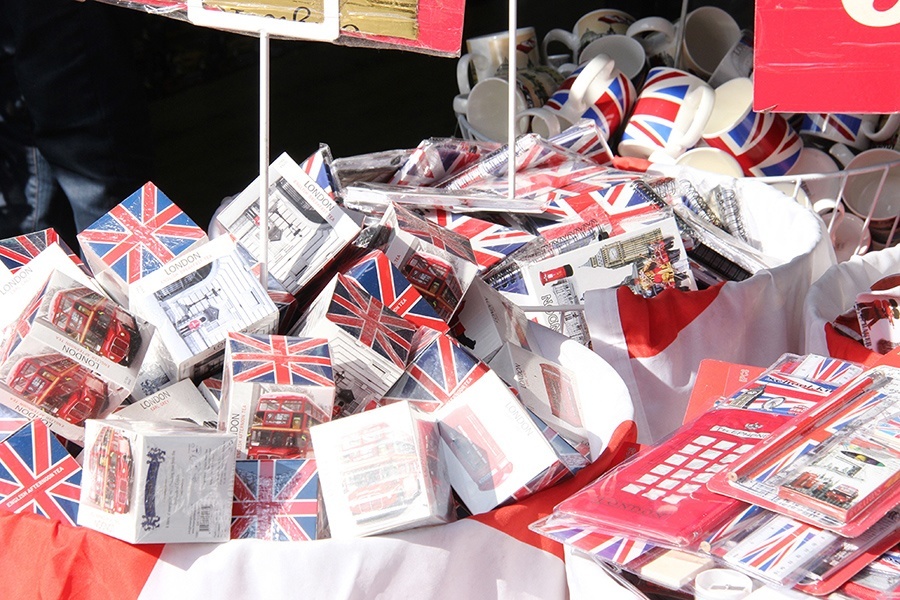 I’m not the kind of a museum-person, but this museum is really worth seeing – specially the entrance hall is very impressive and somehow reminds of Harry Potter 😛

How to get there: Underground station South Kensington (District, Piccadilly, Circle) 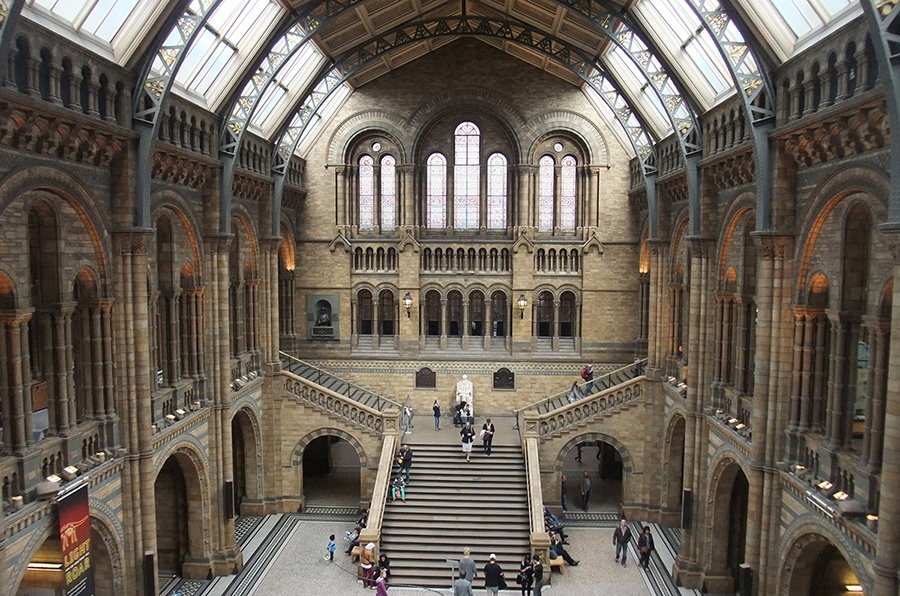